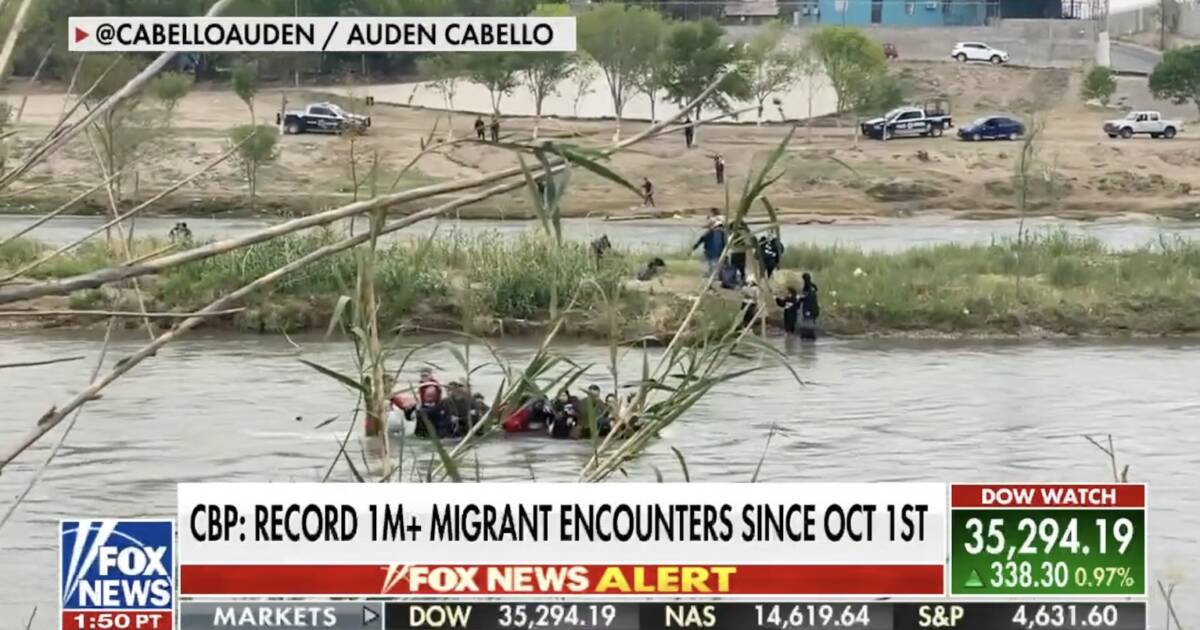 U.S. Customs and Border Protection says it’s on track for one million migrant encounters at the southern border over the next six months —and the Biden Administration is getting ready to end Title 42.

“The decision, not yet final, would halt use of public health powers to absolve the United States of obligations under American law and international treaty to provide haven to people fleeing persecution, and would apply to all asylum-seekers,” Associated Press reports.

“Ending the limitations in May would allow for time to prepare at the border, the people said. But the delay runs against the wishes of top Democrats and others who say COVID-19 has long been used as an excuse for the U.S. to get out of asylum obligations,” AP adds.

Fox News’ Bill Melugin has been doggedly covering the border crisis, documenting many of the dangerous crossings in Texas. Melugin warns the influx of immigrants has resulted in the mass release of immigrants into the United States, as facilities are unable to handle the numbers.