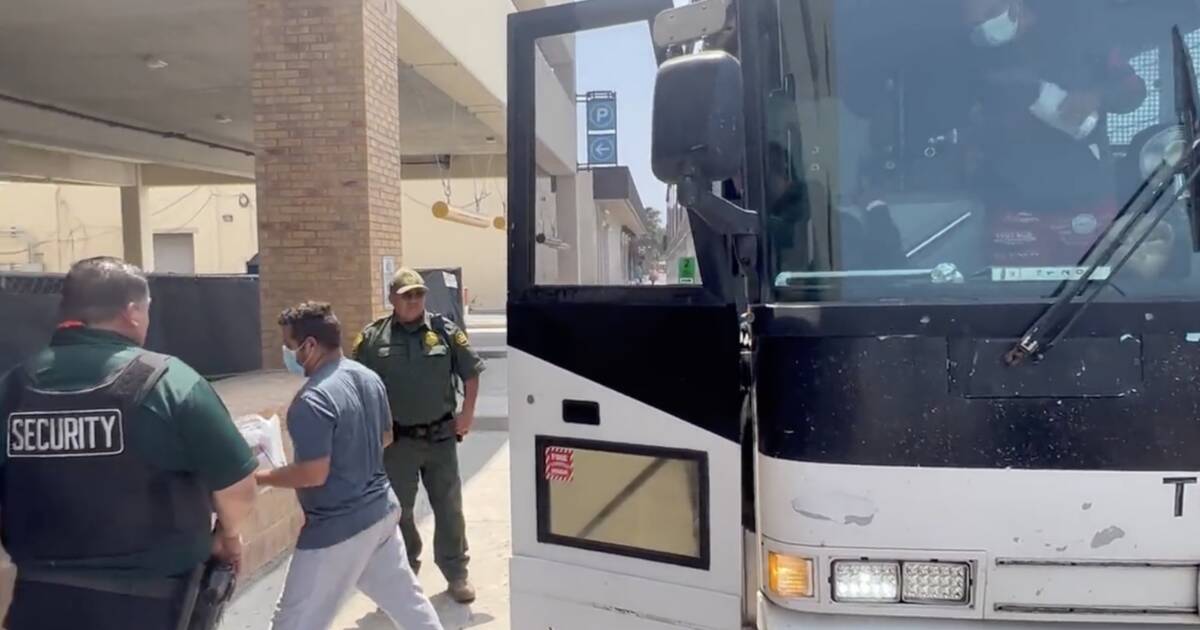 Biden’s border continues to burn —migrant drop-offs and midnight flights are commonplace. Fox News’ Bill Melugin captured footage of a mass release of single adult migrants in Brownsville, Texas. The feds have no plan for these men other than to give them a smartphone and tell them to check in with ICE.

“NEW: We are in Brownsville, TX where we are once again witnessing the mass release of single adult migrants from federal custody. This group was dropped off on a bus 2 hours ago and just left a NGO. I’m told several hundred are released here every day, mostly via parole,” Melugin Tweeted.

“Sources tell me w/ parole releases, the migrants are asked to turn themselves into ICE in a city of their choice. I’m told many of them are given these phones by the government to track them and allow them to communicate w/ ICE, but there’s no way to stop them from being tossed.”

“Yet another mass release of single adult migrants from federal custody at this parking garage in Brownsville. Fourth bus today. First the women get off, then the men. We’ve seen zero children/minors released. BP sources tell me they’ve been releasing hundreds here daily.”

Texas Senator Ted Cruz shared the footage as well, reminding American that these mass releases are a regular occurrence.