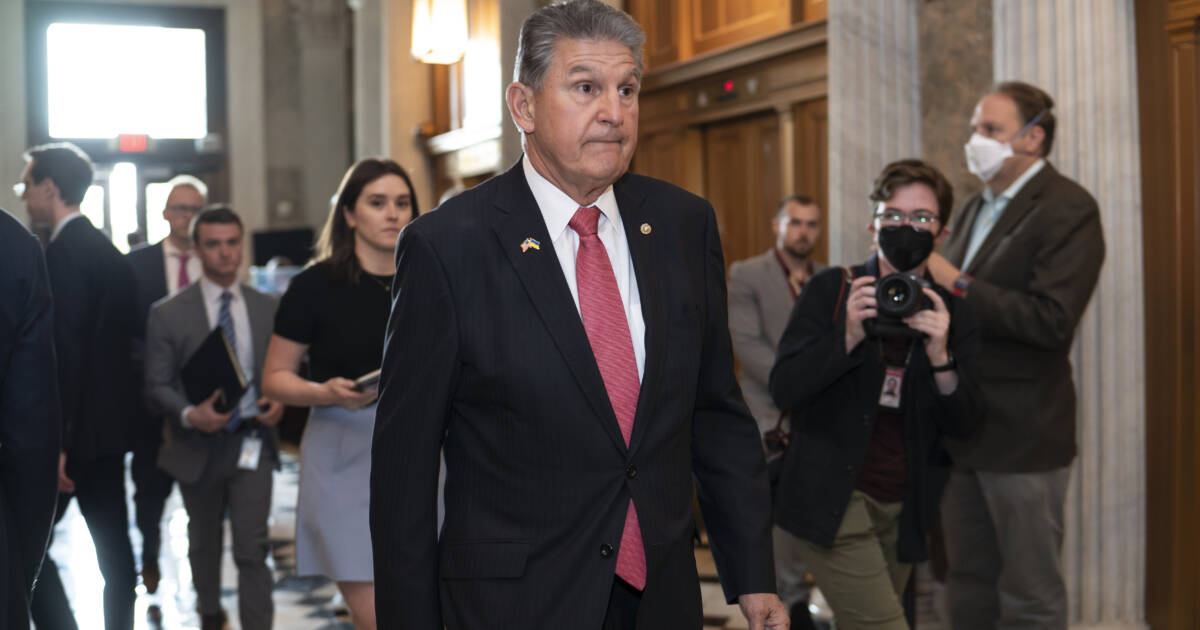 Senator Joe Manchin (D-WV) has had enough with the Biden Administration’s anti-American energy policies. The West Virginia Senator says his ‘frustration is at an all-time high.”

Manchin went after Biden & Co. while speaking at a hearing of the Senate Energy Committee on the Department of the Interior’s budget request for fiscal year 2023.

“We are holding this hearing during trying times,” Manchin began. “Putin’s horrific invasion of Ukraine, Russia’s weaponization of oil and gas, increasing energy and food prices worldwide, and the growing challenge of competition with China. Given the current global situation, it is essential for the United States to step up to the plate as the superpower of the world.”

“That includes the responsible development of our abundant energy and mineral resources. Unfortunately, even as we see Russia wage a war enabled by energy insecurity in Europe, this administration has made its opposition to domestic oil and gas production crystal clear – on and off Federal lands and waters,” he continued.

Manchin said he supported a “pause” on new leases at a hearing last year, but since then, there have been no new leases, according to Manchin. The administration did hold a lease sale in the fall because of a court order, but those sales were later vacated by another court and went unchallenged by the administration, Manchin said.

The senator said that the Biden administration is scheduled to hold lease sales in June, but only a fraction of the available land and at a higher royalty rate, and only because of a court order. “I’m sorry to say it has become crystal clear that the ‘pause’ is in fact a ‘ban,’” Manchin said, noting the recent cancellation of three large offshore oil leases.

Manchin then criticized the Biden administration’s excuse that there are 9,000 unused drilling permits, so no new leases need to be sold. First, he pointed out that the number refers to onshore leases, not offshore leases. Second, he said those leases go through an “arduous” review process, with further review before a drilling permit is issued. Third, he said that logistics and building the rig also take time, which is why the permits last two years and can be extended for good cause. Manchin stated that 7,000 permits have been extended for such reasons.

“My frustration is at an all-time high that we are talking to OPEC, Iran, and Venezuela to increase oil output while we are at the same time blocking increased energy production at home,” he said. “What does it say to producers here in the United States when we consider working with the Venezuelan government, which certainly doesn’t share our values, instead of supporting domestic or North American production? Is this really in our best interest?”

Senator Chuck Grassley (R-IA) blasted Biden’s anti-American energy policies during a recent interview, calling them one of the main factors contributing to the historic, 40-year high inflation. Grassley says the “energy policy of this administration is one of the main reasons we have 8.6% inflation — [it’s] probably half of it.” “When you shut down pipelines and …