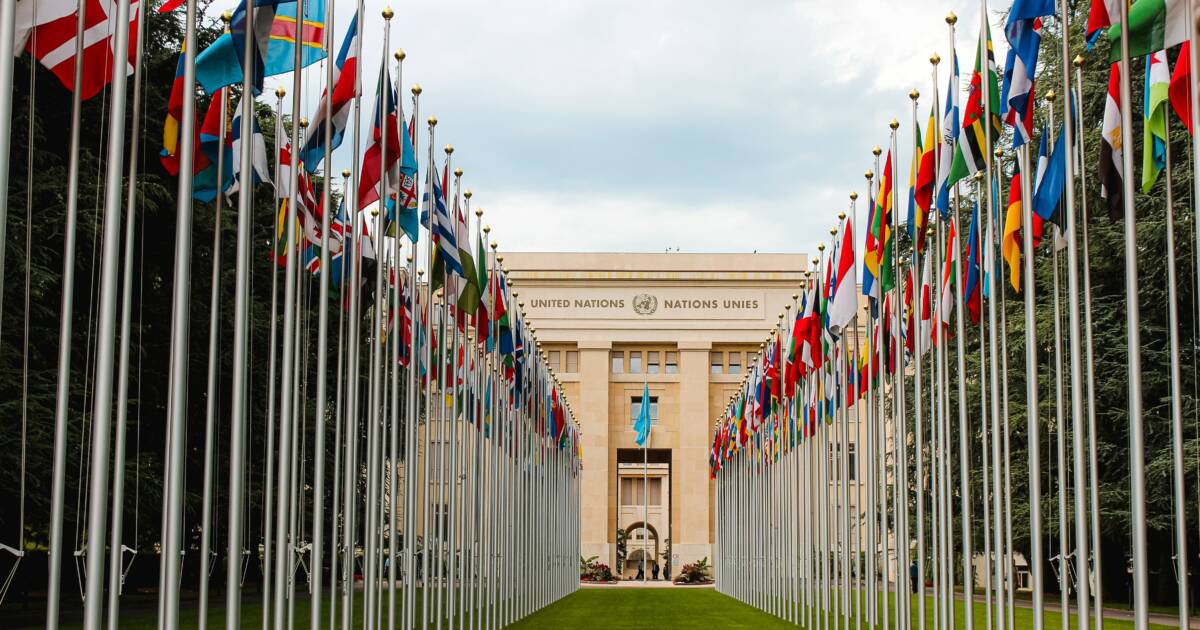 The U.N., lol. I’ve been a critic for a long time. But now, I think the bloated corpse of post-WWII world order and fake diplomacy is well beyond decomposition, and now serves to do nothing but breed endless flies and maggots. Nice image to go along with your breakfast, but that’s the U.N.

There are major, unsolvable, systemic and foundational problems with the U.N., the first of which is that China and Russia are permanent, veto-wielding members of the Security Council. This means that the one body in the U.N. capable of decisive action against naked aggression, war crimes, and tyrannical expansionism is beholden to states that commit those very acts.

The WHO has politically corrupted itself to the point where the next health emergency, virus or other threat will yield nobody listening to that body. Look at Monkeypox, which is not a threat to the world at large if it were addressed in the groups where it spreads most easily. But that would subvert the progressive left’s ability to deny that certain lifestyles carry with them some extra risks.

You know who exploits the idea that the progressive left’s ideals are counter to the moral arc of the last thousand years? The leaders of Russia and China, that’s who. Putin has repeatedly harped on the west’s decadence, in true Soviet form. The whole “drag queen story time” trope is fodder for authoritarian tyrants who hate the whole concept of free speech and democratic rule. China bans anything that smacks of the LGBT lifestyle (not to mention movies with Black protagonist stars). Meanwhile, in the U.S., studios just keep banging the progressive drum, even when the movies themselves bomb.

If anything, the U.N.’s leftist, elitist cult enables America’s enemies (enemies of the free world, actually) to make inroads into our divisive culture on the cheap. They fund the ultra-right and ultra-left extremists, pour a little money into social media (and continue to do so even when we try to ban them), and watch the results.

America is left to shoulder much of the burden of fighting the extremists at home and the tyrants around the world without a lot of help. The U.N. is supposed to be a place where these things are worked out, but since 1948, when the whole Palestine and the Jews issue was simply papered over, the body can’t seem to do more than achieve stalemates and “stable” deathtraps.

Look at North Korea, which only exists because the U.N. brokered a ceasefire to a war that, technically, continues to this day. There’s no resolution to the Palestinian problem either, despite Israel’s deepening connection as a major player in Middle East politics and military defense against extremists like the Iranian ruling regime. These problems have festered for decade after decade, while the stuffed-shirts meet in Turtle Bay and Geneva in an endless stream of useless meetings and cocktail parties.

In the laughable service of some kind of democratic order, nations like Cuba have sat on the U.N. Human Rights Council. After years of invading and swallowing its neighbor, finally the General Assembly removed Russia from the council, as if it meant something. Of all the horrible things Donald Trump did to keep himself in power, as president one of the more sane actions he took was withdrawing America from the U.N. Human Rights Council. I disagreed with Trump’s intention to remove the U.S. from WHO, which still does some good work, but the point of the U.N. being a bad joke is not lost on me.

This has been a tirade and spleen-vent against an implacable ivory tower of corruption, fakery and preening known as the United Nations. I know that body will continue simply because of its own inertia and the money it flings around the globe in mostly useless projects. The useful projects are great (FAO and WHO do some good work), but why can’t they be done by NGOs instead of the corpulent, corrupt and unaccountable body like the U.N.? I’d rather hand it all over to the Gates Foundation.

The world is headed for war, economic cataclysm, and food insecurity as global supply chains are threatened and evil tyrants try to hold on to power. The U.N. can do nothing to stop it, because it’s a joke. But it does make a useful platform for those same evil tyrants to gain sympathy. That’s the punchline, and it’s very real.