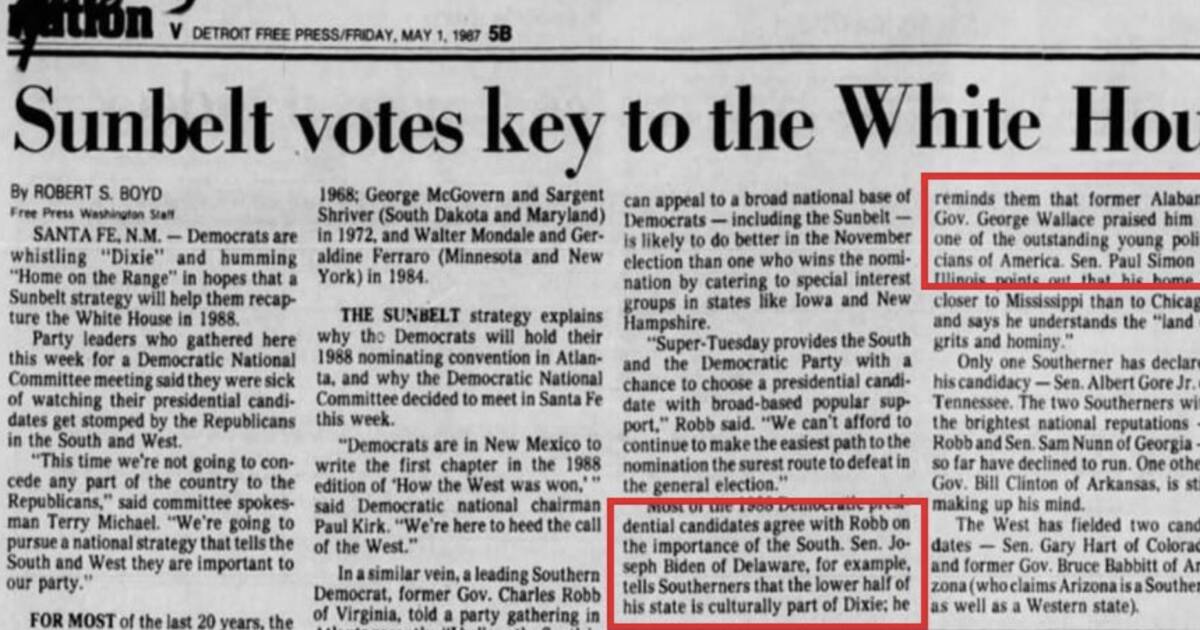 Well this is a bad time for this news story to resurface.

According to Newsweek, GOP figures are criticizing President Joe Biden for name checking former Alabama Democratic Governor George Wallace during his voting rights speech in Atlanta, considering Biden once bragged about being praised by the segregationists.

Not surprisingly, that old newspaper clipping is being circulated everywhere.

“FLASHBACK: Joe Biden once bragged about being praised by George Wallace.”

“Biden not having a good night after saying “Do you want to be on the side of Dr. King or George Wallace?”