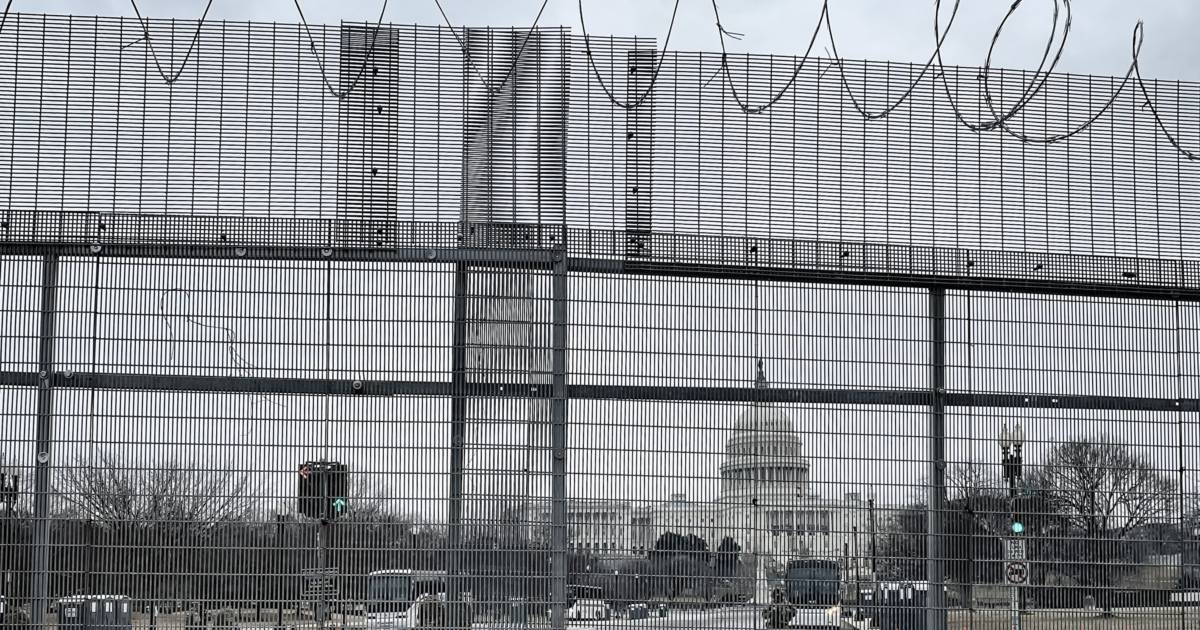 Look at this one sentence in the final paragraph of a story in the Atlanta Journal Constitution’s Friday edition. The story was about the arrest of Kevin Douglas Creek, a roofing contractor from Alpharetta, for his role in the January 6th Capitol insurrection, which AJC called a “riot.” The sentence is:

Creek does not appear to have a criminal record, but federal judges in other cases have been reluctant to release alleged rioters accused of assaulting police on Jan. 6. Prosecutors claims such people remain a danger to the community.

Several times in the last two months, President Biden has made a major speech alleging that “democracy is still threatened.” On April 29th, speaking to a joint session of Congress, he called the Capitol insurrection the “worst attack on U.S. democracy since the Civil War.” In his Memorial Day address, he continued the theme.

Vice President Kamala Harris tweeted support for the Minnesota Freedom Fund, which, according to the Sacramento Bee, “pays criminal bail and immigration bonds for those who cannot otherwise afford to as we seek to end discriminatory, coercive, and oppressive jailing.”

In Hennepin County, rioter Thomas Moseley was arrested twice within a month in late 2020 and early 2021, having been released in cases alleging he damaged a police precinct. From Fox News:

According to the Hennepin County Attorney’s office, Thomas Moseley, 29, had been arrested and released in cases involving allegations that include damaging a police precinct in August and rioting in December. He was arrested again on Jan. 27, just 22 days after his latest release. During that span, he is also suspected of trying to illegally purchase a gun, and officers are investigating that matter.

The criminal complaint notes that “the Defendant was able to secure unconditional release after the Minnesota Freedom Fund posted $5,000 cash in addition to a bond that had been previously secured. In a third now-pending case, the Defendant was then charged with Riot in the Second Degree from an event that occurred on December 31, 2020.”

But “judges are reluctant to release alleged rioters accused of assaulting police on Jan. 6.” Over 400 people have been arrested and charged with participating the January 6th insurrection. To be sure, it’s a terrible day in American history. It’s not worse than the Civil War, or 9/11, or the Beirut Marine barracks bombing in 1983, or the Oklahoma City Murrah Federal Building bombing.

Many of the men and women who may be rotting in prison awaiting trial for fighting police officers at the Capitol are not threats to their community. They are not nearly as “bad” as bored thugs who show up at Antifa gatherings to commit mayhem and throw Molotov cocktails at police. Yet one group has the Vice President of the United States tweeting support for their bail fund, and the other is treated like they are a Fifth Column of treasonous rebels by the media and a “threat to democracy” by the President of the United States.

Something is wrong here.