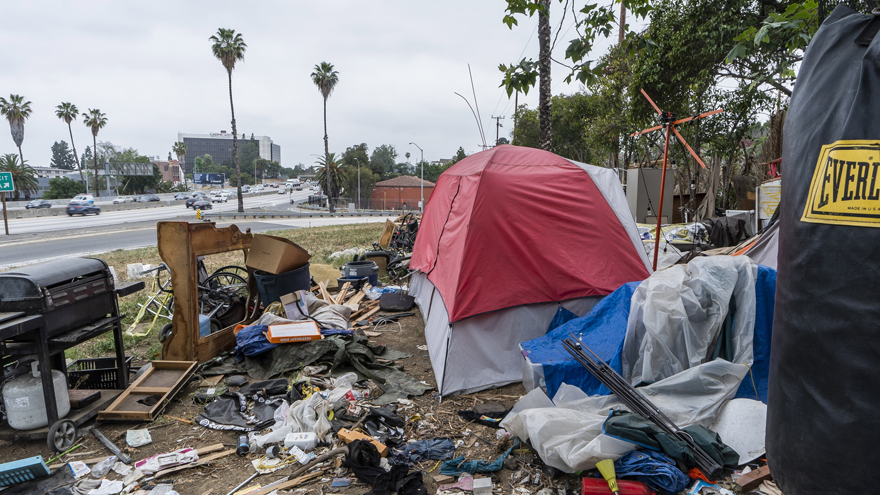 A citywide audit of Los Angeles shows officials there paid more than $837,000 to house a single homeless person.

“A $1.2 billion program intended to quickly build housing for Los Angeles’ sprawling homeless population is moving too slowly while costs are spiking, with one project under development expected to hit as much as $837,000 for each housing unit, a city audit disclosed Wednesday,” reports ABC Los Angeles.

In recent years, homeless encampments have spread into virtually every neighborhood, while the population has climbed to an estimated 41,000 people. Many are drug addicted or mentally ill, and violence is commonplace.

The program “is still unable to meet the demands of the homelessness crisis,” Galperin said in a letter accompanying the 31-page report. The pace of development is sluggish, he said, while the cost of each unit continues to rise — in some cases to “staggering heights.”

Most of the units are studios or one-bedroom apartments. The audit found 14% of the units build exceeded $700,000 each, and one project in pre-development is estimated to cost almost $837,000 per unit.

The audit noted that higher prices for construction materials during the pandemic, including lumber, along with labor shortages could be contributing to rising costs.

In a tweet, Democratic Mayor Eric Garcetti appeared to dispute any suggestion that the program – formally known by its title on the 2016 ballot, Proposition HHH – was off track.