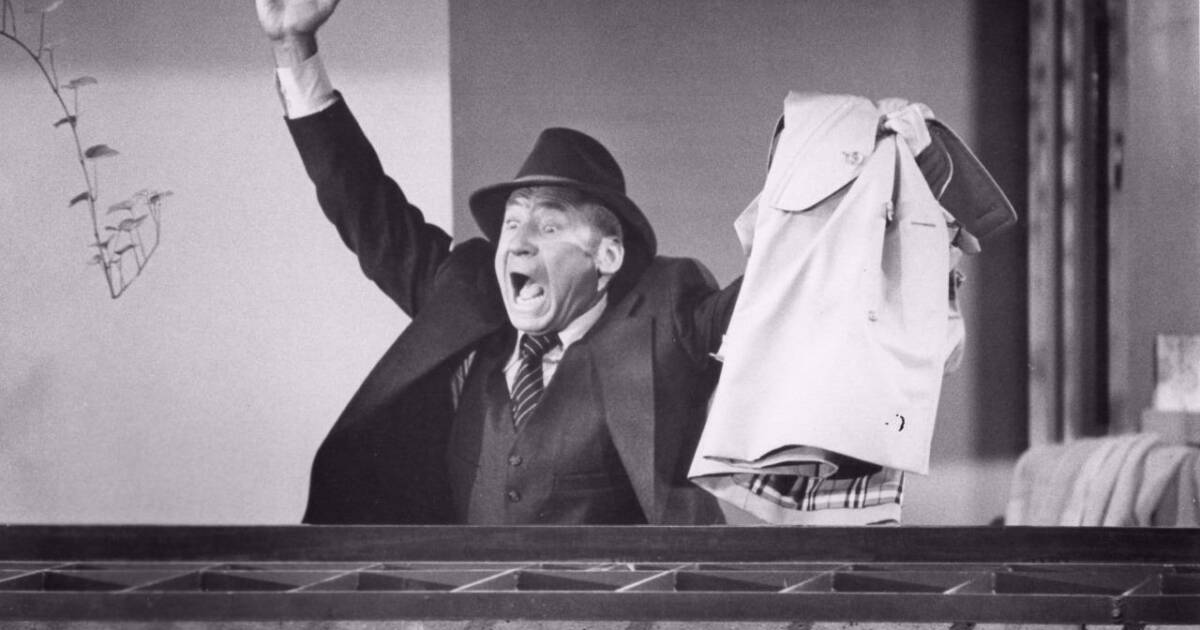 I remember reading a review of a Mel Brooks movie in the Boston Globe, years ago. It went something like this: F. I hate Mel Brooks and everything he does. But boy, Brooks could make some funny movies.

I also remember back when the Monty Python crew made “Life of Brian.” I was not a Christian then, but I recall how up in arms some Christians were because, well, they couldn’t take a joke. I was a much bigger fan of Python’s “The Meaning of Life,” which went after both Catholics and Jews with an abandon of propriety scarcely seen outside of secret printing presses run in Idaho bunker compounds.

Not every joke is funny to everyone. Not every Jew likes Mel Brooks movies, or “The Producers” which feature some hits like “Springtime for Hitler in Germany.” Not every gay man likes the bit “Keep it Gay.” Lampoonists like Brooks and the Monty Python crew are not everyone’s cup of tea. That’s fine, if you don’t like it, give it an “F” and move on.

Dave Chapelle did a Netflix special called “The Closer,” and it is getting good reviews. In fact, viewers gave it a 95% audience score on Rotten Tomatoes. But the New York Times reported that “Netflix loses its glow” because Chapelle’s humor was a little too edgy for the LGBT humor(less) police.

At the center of the unrest is “The Closer,” the much-anticipated special from the Emmy-winning comedian Dave Chappelle, which debuted on Oct. 5 and was the fourth-most-watched program on Netflix in the United States on Thursday. In the show, Mr. Chappelle comments mockingly on transgender people and aligns himself with the author J.K. Rowling as “Team TERF,” an acronym for trans-exclusionary radical feminist, a term used for a group of people who argue that a transgender woman’s biological sex determines her gender and can’t be changed.

Note that “The Closer” is the fourth-most-watched program, so people are watching. It’s highly rated, so people find it funny. But some of the jokes are not to the liking of a specific group of individuals who don’t believe anyone should make fun of something so serious as their own selves.

Taking it further, some Netflix employees, part of the transgender employee resource group (ERG), are staging a walkout in protest of the company showing a popular, well-liked comic show that happens to offend their personal sensibilities. In other words: They can’t take a joke.

These employees have present a list of demands, including:

What they’re not asking for is for Netflix to remove the special. After all, they get their paychecks from the company. That hasn’t stopped GLAAD and the National Black Justice Coalition from calling for its removal. Funny that—an organization devoted to Black people rising in stature and racial equity wants a Black comedian removed, for making a funny, well-received, and popular special.

“With 2021 on track to be the deadliest year on record for transgender people in the United States—the majority of whom are Black transgender people—Netflix should know better,” NBJC Executive Director David Johns said in a statement. “Perpetuating transphobia perpetuates violence. Netflix should immediately pull The Closer from its platform and directly apologize to the transgender community.”

Oh please. It’s 2021. Being transgender, gay, non-binary or gender-fluid is no longer a big deal to most people. The sign it’s not a big deal for most people is that they can laugh at a joke about it, and the humorless prudes who can’t take the joke think it’s a big deal.

Listen to me. Mel Brooks is Jewish and took the Holocaust very seriously. The LGBT folks need a gay Mel Brooks. They need someone who can be one of them, and laugh at themselves.

A show like “Hogan’s Heroes” could almost certainly not be made today. Not because it is too controversial, but because we’re too far removed from WWII for its humor to make sense to most people.

Similarly, a Mel Brooks movie like “Blazing Saddles” could never be made. As hilariously funny as it is, there’s just too many verboten words in it. But in lampooning racism and having the Black sheriff win (or drive off with the Jewish cowboy in a Cadillac—you have to see the movie!), Brooks presented not a racist film, but a triumph over racism.

I haven’t seen Dave Chapelle’s “The Closer” special. It likely is too edgy for me, but the sinner in me would probably laugh. I tend to pick family friendly fare these days, because the coarseness of the world is enough without sitting through an hour of F-bombs and gay jokes.

After reading Craig Jenkins’s review in Vulture, I rather think that Chapelle is going for the Mel Brooks approach here.

The Closer wants you to know that Chappelle does not hate the women and queer folks and other minorities he has poked fun at in six stand-up specials. It also wants you to know that he hates having to say this. What it seems the comic wants is license to be an equal-opportunity offender, to have it known that there’s no malice in his jabs. He wants the old thing back — the freedom to be crass without having it reflect negatively on his character. But he’s come back to a world where faith in the goodness of famous people is understandably diminished in the wake of a thousand scandals of every type, and the audience has avenues to take their displeasure with a gaffe or off-color remark directly to the source. The party line among comics of this era has been that everyone takes themselves too seriously now, and it’s their job to shake us out of it.

It’s clear that the LGBT community needs someone who has the freedom to be crass, without assuming the comic hates the object of his jokes. I am hoping the LGBT folks find their Mel Brooks, someone who is one of them and can laugh about it. The groups so easily upset by Chapelle really need to be able to take a joke.