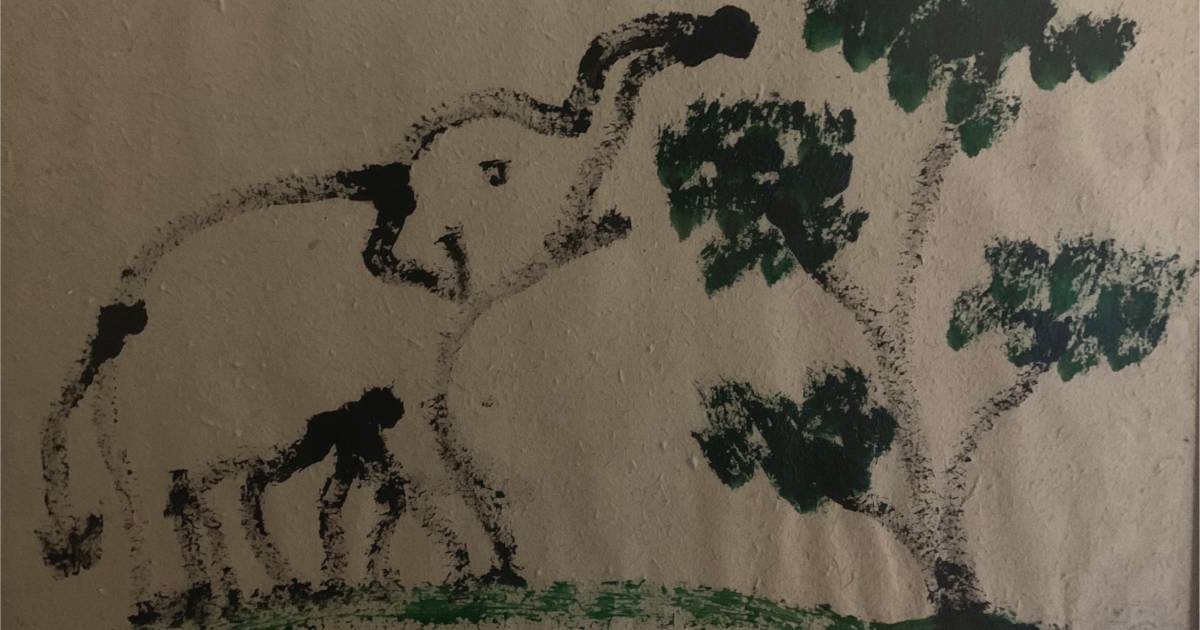 A panel of judges in New York is about to decide if elephants should be given “human rights,” as in standing in a court, the right of habeas relief, and as such, personhood. I’m not kidding.

The Nonhuman Rights Project filed suit against the owner of an elephant, seeking to smash through the human-nonhuman barrier. The New York court is not likely to grant this request. According to a story in The Last Resort, the appellate court said “judicial recognition of fundamental legal rights in a non-human animal would lead to a labyrinth of questions that common law processes are ill-equipped to answer, and that the issue is ‘better suited to the legislative process.’”

But the fact that the court didn’t dismiss the issue out of hand as a crackpot lawsuit, as has been practice in the past, gives those who file these suits reason to push on.

As nonhuman animals go, elephants are probably some of the best examples of smart, emotional, familial, and talented. See the picture above? It’s obviously an elephant. Would it surprise you to know that it was painted by an elephant? That picture, made in Thailand, hangs in my office.

Elephants have very close familial relationships. Baby elephants are bonded with their mothers, and traumatized like baby humans when mommy is murdered for her tusks. They actually get PTSD. They have bigger brains than humans, and like the trope, they never forget. If you harm an elephant, years later you might get your reward for the cruelty.

Which brings me to the central lie of giving elephants personhood. Having certain human-like characteristics and traits does not make an animal human in a moral sense. Elephants do not possess morality or a sense of justice, moral reasoning, or tribal cooperation and non-instinctual conflict resolution, like people do.

For an elephant to kill, in service to a human trainer, is no trouble to the elephant. They are without conscience for murder, or torture.

Compared to many other wild animals, the elephant is considered to be a smart and easily trainable. In addition, elephants could also be taught to torture criminals, or to execute them slowly. As an example, an elephant could be commanded to break a criminal’s limbs before ending his suffering by crushing his skull.

By the moral standard of a court granting personhood, elephants would rate as friendly sociopaths, who can become unfriendly and murderous with the right reward. Elephants should earn our respect as incredible animals, nearly unassailable in their natural habitat. They should earn our protection from wicked people who hunt them for their ivory, just to leave the mutilated carcasses for other elephants to see and mourn. In no way should they be granted legal personhood.

The sham of such a ruling would violate humanity’s responsibility toward nature, as a caretaker and a steward of animal welfare. Anthropomorphizing an elephant, for it to sue its owner, is nothing more than theater, with the lawyer pretending to “know” the elephant’s will in a human sense. We all know the elephant’s will: They are most excellent at being elephants, with other elephants. This is what they want.

Failing that, if an elephant is stuck with humans, they want to be treated humanely, fed, given the opportunity for shelter, and to live as elephants are hard-wired to live.

But these days, we deal with theater more often than reality. A court in New Zealand gave legal personhood to a river in 2017.

Environmental personhood has been studied as a way of protecting nature since at least the 1970s. In his book Should Trees Have Standing?, American law professor Christopher D Stone argued that environmental interests should be recognised apart from human ones. His work influenced Maori academics James Morris and Jacinta Ruru, who wrote Giving Voice to Rivers, making a case for why waterways in New Zealand should be seen as legal people.

The entire basis for this argument is completely flawed. If a river is given legal rights, then when the river overflows its banks and injures humans, should the injured people have the right to sue the river to recover damages? Typically, we call such calamities “acts of God.” But if we make the river a person, because the Maori believe it’s an environmental equivalent of a god, then we make the rest of the world slaves to the Maori, who uniquely speak for the “needs of the river.”

In the same way, the Nonhuman Rights Project seeks to enslave the owner of an elephant, speaking for the “rights” of the elephant. It’s absurd. Courts exist for people to judge people, and punish those who are found guilty, or award damages to those who are injured. Lawyers tend to talk about oxen and goring because the principles of our law go back to the Old Testament, where you had to literally go by whose ox gored who. If the ox had a say, it would gore whoever it pleased and people would just have to live with it.

Making an ox a legal person, or an elephant, or an orangutan, who was declared a legal person by an Argentina court in 2015, is nothing but a shirking of responsibility by the people who seek such judgements. Instead of making the zoo a better environment for Sandra the orangutan, the court found that the ape has legal standing, finding her a new home in Wauchula, Florida. Sandra offered no comment.

All that being said, animals do have a unique place in our world, because they are part of nature (and I believe God made nature intentionally). We should care for animals, giving them the best opportunity to live their best life. Sometimes that leads to solutions that the great moral equivalence nonhuman personhood cocoa puffs find to be appalling.

For example, if we don’t cull the deer population through controlled hunts, they will quickly overrun human areas, and many will starve, or attract predators. The predators will find themselves in conflict with humans, which never ends well for the predators—not to mention any unlucky people, or children, who get in their way. Responsible hunting is good for people, who get venison, and for the deer population, which gets a reasonable chance to live as deer should live in the wilderness, not the parking lot.

But people who don’t like hunting offer no reason why they’d ban it, other than animals are more important than people—to them. They want to speak for the animals, but not for the deer that starve. In Virginia, PETA ran one of the highest-rate kill shelters in America, the Washington Post reported.

In 2014, according to its own records, it took in 3,017 animals, about 1 percent of the total number brought to private Virginia shelters. Of those, PETA euthanized 2,455, or 81 percent. In some prior years, that rate has risen above 90 percent.

Sure, these animals might starve on the streets, but PETA likes to play God with the animals, while flinging guilt at humans. They’re an example of the “do as I say, not as I do” attitude of people who file suit to make an elephant a nonhuman “person.”

There are legitimate needs that animals have, and we should have compassion. I happen to have a soft spot for whales and elephants. As much as I was fascinated with the Ringling Brothers Barnum & Bailey Circus, I was happy to see the elephants get their retirement in Florida. A train car is no place for an elephant, and as much as the pachyderms might bond with their trainers (and vice versa), they’d rather be with other elephants doing elephant things than doing circus tricks for an arena full of humans.

As for whales, you might be surprised that I side with the protesters who for years fought the transfer of three white beluga whales to the Mystic Aquarium in Connecticut. Whales and dolphins possess organs about which we know relatively little. We know that the “melon” in their heads is a fatty substance designed to focus sound under water. We know that some whales can communicate over thousands of miles in the ocean.

Think about it this way. If we took your teenage kids away from you, stripped them of their phones, Internet, email, and any hope of ever communicating with you, your family, or anyone outside a walled complex where they spend the rest of their lives with other kids and adults they don’t know, and there are encouraged to mate with each other and produce kids who never knew the world outside, would that be any kind of moral justice?

This is pretty much what we do to many dolphins and whales by putting them in tanks, in captivity. It’s not that they’re mistreated. Dolphins will make the best of things, as do other sea creatures. They’re not people, who write their demands on paper, or hire lawyers to represent them. But they are being placed in a terrible confinement, when they are naturally equipped to communicate, socialize, and live in a much wider world under the sea.

I always feel a tinge of sadness seeing the belugas in aquariums. I realize they are endangered in the open seas, and aquariums are doing their best to preserve the species, and to help these animals to live their best lives. But their best lives are really in the ocean, not in a tank. Even if that means they might die in the ocean.

Yet you’d never see me, or any reasonable person, trying to grant them personhood. Animals are not people, and treating them like they are is an injustice both to the people being sued on the animals behalf, and to the animals themselves. Animals don’t need human rights. They need for us to understand their best welfare, and act on it.

If the Nonhuman Rights Project really cared about elephants, they’d stop the absurd practice of making them into humans, and just let them be elephants.