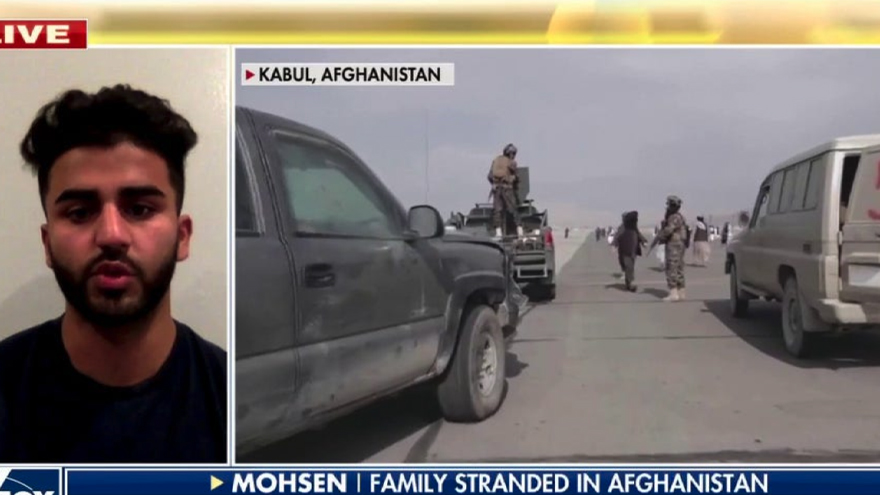 Hundreds of Americans are still stuck in Afghanistan – and we’re starting to hear their stories.

A New Jersey man says his family is stuck in Afghanistan after going on a summer trip. Despite having valid U.S. passports, they have been unable to get out from under the Taliban. On several attempts to reach Kabul airport, they have been turned away or met with locked gates.

“They should have been home last week. It should have been about a week now since they been home. But, everything that happened it is honestly crazy. I don’t know what to think. I have been sitting here praying. My uncles, my aunts, everybody, we are all praying. We are trying to make sure they come home safe and sound,” the man told “Fox & Friends.”

He still believes President Biden will keep his word, despite the ongoing chaos in Kabul.

“I can’t not believe him. He is saying that he is going to do it and I have to believe and hold him to that word. The only thing I want is to see my mom, dad, sister and grandma safe and sound back in the country that they have been living in most of their lives,” the man said.

White House Press Secretary Jen Psaki has previously stated that the use of the word “stranded” is “irresponsible.” Pentagon spokesman John Kirby says we have Americans get stranded “all the time.”