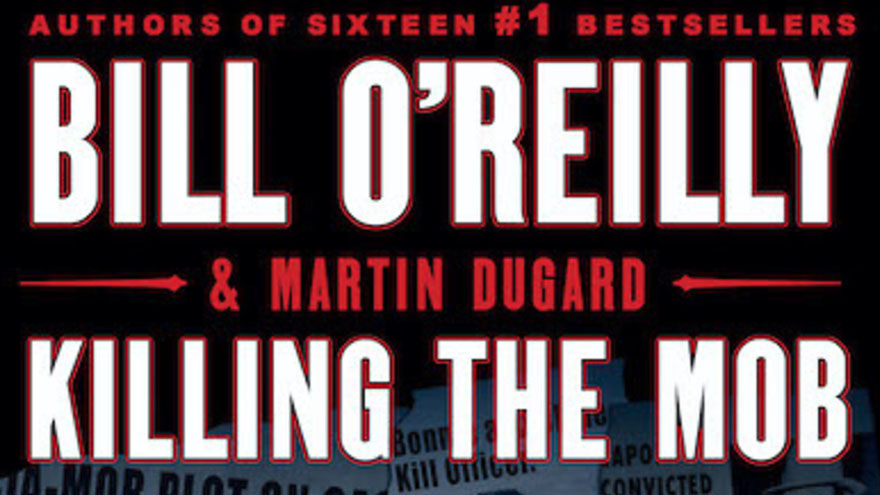 The Instant #1 Bestselling Book In America!

For the 16th time in his incredible writing career, trail-blazing TV journalist Bill O’Reilly hits #1, and continues to set the standard by which bestsellers are measured. His new book – KILLING THE MOB: The Fight Against Organized Crime in America (St. Martin’s Press, On Sale May 4, 2021, $30.00) – debuts at #1 on The New York Times bestseller list, The Wall Street Journal bestseller list, Publishers Weekly bestseller list, and the #1 nonfiction book on the USA Today bestseller list.

O’Reilly traces the brutal history of 20th century organized crime in the United States, and expertly plumbs the history of this nation’s most notorious serial robbers, conmen, and especially, mob family bosses. Covering the period from the 1930s to the 1980s, O’Reilly traces the prohibition-busting bank robbers of the Depression Era, such as Bonnie & Clyde, Pretty Boy Floyd and Baby-Face Nelson. In addition, the authors highlight the creation of the Mafia Commission, the power struggles within the “Five Families,” and the battles to control Cuba, Las Vegas and Hollywood, as well as the personal war between the U.S. Attorney General Bobby Kennedy and legendary Teamsters boss Jimmy Hoffa.

O’Reilly and coauthor Martin Dugard turn these legendary criminals and their true-life escapades into a read that rivals the most riveting crime novel. With KILLING THE MOB, their hit series is primed for its greatest success yet.

BILL O’REILLY’s success in broadcasting and publishing is unmatched. The iconic anchor of “The O’Reilly Factor,” he led the program to the status of the highest-rated cable news broadcast in the nation for 16 consecutive years. His website BillOReilly.com is followed by millions all over the world. His “No Spin News” is broadcast weekday nights at 8pm and 11pm on The First TV, a new media network available across digital platforms including Roku, Amazon Fire, Apple TV, and many others.

He hosts “The O’Reilly Update” heard weekdays on more than 225 radio stations across the country and streamed on the Pandora app. In addition, he has authored an astonishing 16 number-one ranked non-fiction books, including the historical “Killing” series; the best-selling nonfiction series of all time with nearly 18 million books in print. O’Reilly has been a broadcaster for 43 years. He has been awarded three Emmy’s and a number of other journalism accolades. He was a national correspondent for CBS News and for ABC News as well as a reporter-anchor for WCBS-TV in New York City among other high profile jobs. Mr. O’Reilly received two other Emmy nominations for the movies “Killing Kennedy” and “Killing Jesus.” He holds a history degree from Marist College, a master’s degree in Broadcast Journalism from Boston University, and another master’s degree from Harvard’s John F Kennedy School of Government. His philanthropic enterprises have raised tens of millions of dollars for people in need and wounded American veterans.

MARTIN DUGARD is a New York Times best-selling author of several books on history. His book, Into Africa: The Epic Adventures of Stanley and Livingstone, has been adapted into a History Channel special.