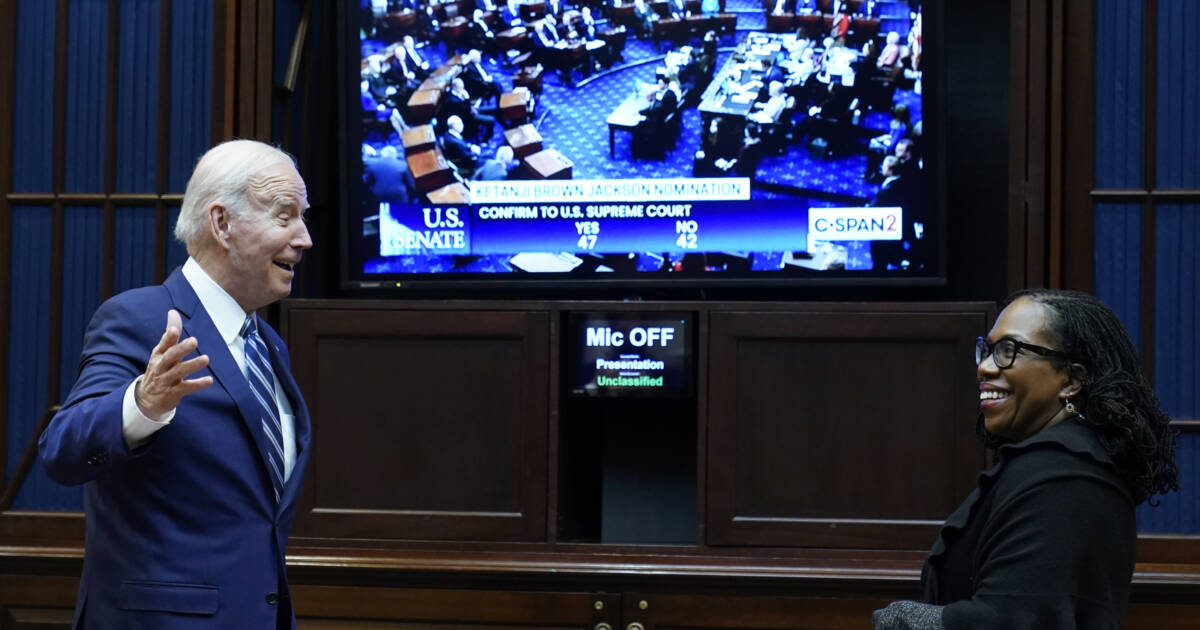 The Senate has officially confirmed Judge Ketanji Brown Jackson to the Supreme Court, making her the first Black woman to serve on the nation’s highest court. The vote was bipartisan: 53-47.

President Joe Biden, who promised to appoint a Black woman to the Supreme Court while on the campaign trail, shared the moment on Twitter:

“Judge Jackson’s confirmation was a historic moment for our nation. We’ve taken another step toward making our highest court reflect the diversity of America. She will be an incredible Justice, and I was honored to share this moment with her.”

“Today the far left will get the Supreme Court justice they wanted,” Senate Minority Leader Mitch McConnell (R-KY) said ahead of the vote.

Sen. Ted Cruz (R-TX) said that based on Jackson’s record, “I believe she will prove to be the furthest left of any justice to have ever served on the Supreme Court.”