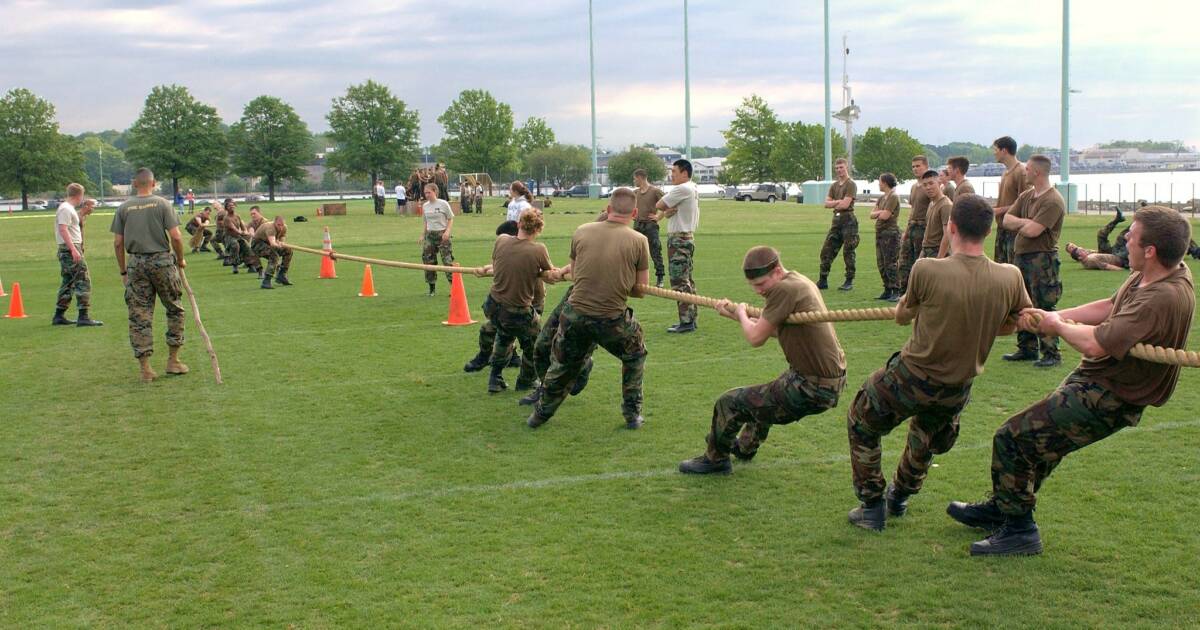 After Virginia’s debacle for Democrats, along with warning shots fired in New Jersey (a truck driver who spent $153 on his campaign as a Republican beat the most powerful Democrat in the New Jersey Senate, lol), the next phase is controlling the conversation, not—God forbid—introspection. In Virginia, Democrats occupied the cultural high ground and lost the tug of war for political power.

The AP frames the “debate” this way:

Republicans plan to forcefully oppose race and diversity curricula — tapping into a surge of parental frustration about public schools — as a core piece of their strategy in the 2022 midterm elections, a coordinated effort to supercharge a message that mobilized right-leaning voters in Virginia this week and which Democrats dismiss as race-baiting.

This is just another version of “Republicans pounce,” as the Acela media seeks to hand-wave away the voters as just another political intrigue. “A coordinated effort to supercharge a message that mobilized right-leaning voters” is not a proper framing of what happened. It was Democrat voters who kicked former governor Terry McAuliffe to the curb, because he ran a stupid campaign.

But the bigger issue is the smugness of Democrats in their bicoastal enclaves and tech palaces. Voters in Virginia saw what happens when the society that far-left parochialism seeks to normalize touches their own lives, and they didn’t like it.

There’s a natural tug of war, a tension in American culture, which keeps our pluralistic democracy from careening off into this-or-that illiberal fringe. After 2016 and especially after 2020, I have been very concerned that both sides of the tug of war might toss their anchors over the cliff, taking the center with it. But Virginia gives me hope.

Before you get the idea that my hope is in the national parties, let me disabuse you. I still think the GOP is in deep doo-doo. I think the Trumpist “stolen election” segment is an anvil about to fly off the cliff, and I’m more than happy to cut the rope to let it. But that leaves a very weakened Republican Party to take on the Democrats, if—if—the Democrats don’t heave their own anchor called critical theory over the same cliff.

Back to the tug of war analogy. There have been times in our history when seriously marginalized groups needed a boost, so government put its power behind them. After the Civil War, federals occupied the southern states to ensure that Blacks got representation in state and national government. Jefferson Franklin Long of Macon was the first Black man elected to Congress in Georgia and second in the nation. He was a Republican, and his campaign had to overcome significant physical opposition.

On the night before the election, Long furiously orchestrated a last minute campaign blitz across the district, urging blacks to support the Republican ticket. The next day, Long organized a march to the polls, where he was met by armed white southerners. A riot ensued, killing four and preventing a number of blacks from voting. Despite this fact, Long won 53 percent of the vote and narrowly defeated the Democratic candidate Winburn J. Lawton. Congressman Jefferson Long took his seat in the House of Representatives one month after Congressman Joseph Rainey of South Carolina, making him the 2nd African-American elected to the U.S. House of Representatives.

Today, the GOP in Georgia is being accused of preventing Black voters from voting, yet more Black voters have voted in the last two elections (including the January 2021 runoff) than ever before. The tug of war requires that Democrats claim that because white people control the levers of government in Georgia, Blacks are still being oppressed. This is the basis for critical theory, that because Ahmaud Arbery was killed by three white men, and the jury trying those men has seated only one Black person, that (CNN implies) all of society is systemically racist.

Controlling the conversation is part of the tug of war. In the Arbery trial, no the judge did not state that “there appears to be intentional discrimination” in the jury selection, as criminal lawyer Patterico noted in his analysis. That’s just one example among the thousands of stories, local and national, that get thrown into the arena every day. These stories, like the sexual assault in Loudoun County that sparked the voter revolt against overbearing officious snobs running school systems and resulted in the overthrow of statewide Democrat control of Virginia, add tension to our cultural battle.

It’s healthy, really. Fox News purposely caters its coverage to people outside the bicoastal liberal enclave, known as “flyover country.” CNN, MSNBC (lol!) and the legacy broadcast news, along with the top newspaper mastheads remain loyal to their liberal patrons who don’t mix with the hicks. Both sides are run by “elites,” as Kevin Willamson pointed out. Blue collar Trump voters regularly tune into to hear screeds against the “elite” from folks who enjoyed all the privileges of the institutions they denounce.

In our contemporary context, we are told by veterans of our elite institutions that “real Americans” don’t need to be lectured to — or led by — “elites.” So says Ted Cruz of Princeton and Harvard Law, so says Laura Ingraham of Skadden, Arps, Slate, Meagher & Flom (a name that no satirist would dare invent), so says Swiss boarding-school refugee Tucker Carlson, etc. Of course, the Ivy League has been on the Right’s watchlist since the days of God and Man at Yale, but even institutions formerly admired by conservatives and right-wing populists are getting the hairy eyeball: You can turn on your favorite AM-radio station and hear Dana Loesch expound on why she would discourage her children from joining the military, which is, in the right-populist estimate, just another corrupt elitist institution.

In the post World War II years, Republicans, of the white country club variety, controlled the culture and the conversation. It was the Democrats who swept in, first with Kennedy, then Johnson, to take the levers of power, while the counter-culture hippies, anti-war protestors and Ché-lovers were given room in the tent.

The next big issue after Black civil rights became the LGBT community against the church. The church lost the high ground and the battle, and now Christians are “in the closet” while the LGBT movement commands cultural heights.

This was a planned and well-executed battle. A decades-old book (from the 1970s) titled After The Ball sought to set out the ends and means of putting Christians in the closet through cultural war and social engineering. The tools are shame and guilt.

At a later stage of the media campaign for gay rights-long after other gay ads have become commonplace-it will be time to get tough with remaining opponents. To be blunt, they must be vilified. (This will be all the more necessary because, by that time, the entrenched enemy will have quadrupled its output of vitriol and disinformation.) Our goal is here is twofold. First, we seek to replace the mainstream’s self-righteous pride about its homophobia with shame and guilt. Second, we intend to make the antigays look so nasty that average Americans will want to dissociate themselves from such types.

The public should be shown images of ranting homophobes…bigoted southern ministers drooling with hysterical hatred to a degree that looks both comical and deranged; menacing punks, thugs, and convicts speaking coolly about the “fags” they have killed or would like to kill;

This is what’s known as “consensus engineering.”  It’s a well-studied field, kicked off by an essay in the 1940’s titled “The Engineering of Consent” by Edward L. Bernays, a rather famous consent engineer.  Bernays’ essay was followed by a book of the same title, to which Bernays contributed a chapter.

Words hammer continually at the eyes and ears of America. The United States has become a small room in which a single whisper is magnified thousands of times. Knowledge of how to use this enormous amplifying system becomes a matter of primary concern to those who are interested in socially constructive action.

The essay then walks through the steps: planning, study, techniques of research, themes, strategy, approach, and tactics, for winning public opinion and achieving social change.  Another term for consensus engineering is “community organizing” and Saul Ailinsky wrote a book on that also. The Democrats have been huffing this gas for many years, while first Barack Obama opposed gay marriage, he later flip-flopped (I think he was lying the first time).

Liberals have won this culture battle. They won, and now they control the heights of liberal orthodoxy from respectable heights and elite institutions. Again, Williamson:

So, congratulations to the Trump-era Republicans — you’re the gay people now: hated, generally unwelcome at the commanding heights of business and cultural life, possibly considered unfit for government work, denounced as moral degenerates, and loathed especially as an affront to public health and hygiene. There really is nothing new under the sun.

These big themes just keep the rope in tension. In reality, Silicon Valley’s highly paid programmers are lily white, mostly male, demographically tilted toward Asian, and in large part, cisgender, straight. The very definition of oppressors have the best jobs, despite the cries and banners waved in the name of liberal high society’s orthodoxy.

Here’s how it goes. Where the leftist idealists get the cultural high ground, and begin to rain down streams of urine and call it rain upon the voters, the voters rise up and grab the reins of political power, like happened in Virginia. Or those voters who can simply pack up and move to places where they can prosper without a golden shower falling on their heads.

When conservatives have the cultural high ground, and sometimes as reactionary populist kneejerk events dictate, actual racism and oppression occurs, then liberals have a righteous fight and they use the weapons at their command to do actual good. Sometimes “do-gooders” are useful. But when “do-gooders” find themselves without a legitimate target, they manufacture one.

Virginia (and New Jersey) played out exactly in the way American pluralistic democracy is supposed to work. One side isn’t supposed to control both the cultural high ground and the levers of government power, having both and pulling on that long rope. When it happens, the other side pulls back, hard.

I still worry that the anchors will fall off the cliff, but I am more hopeful than I was on Monday that we still keep our knives sharp to cut the rope.