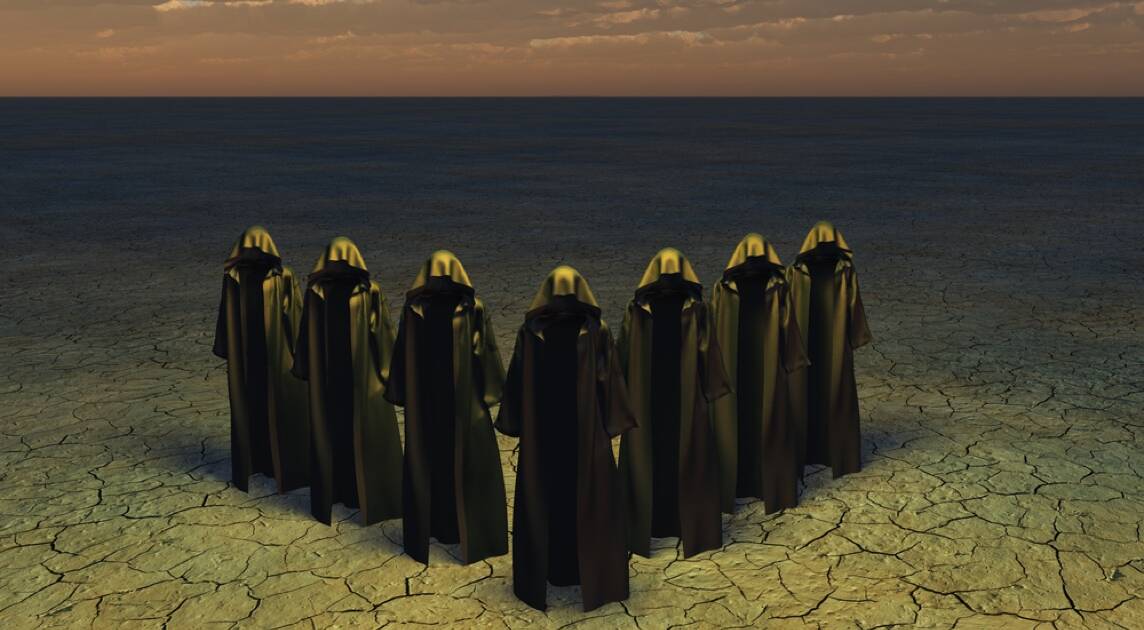 Tetsuya Yamagami shot Shinzo Abe with a handmade gun, killing him. It was a planned assassination. New details of the 41-year-old assassin’s motivation are coming out, and much of it points to the Unification Church—what we call the “Moonies.”

The AP quoted an “expert in cult studies.”

“If he hadn’t allegedly committed the crime, Mr. Yamagami would deserve much sympathy. There are many others who also suffer” because of their parents’ faith, said Kimiaki Nishida, a Rissho University psychology professor and expert in cult studies.

(I love how the professor carefully used the word “allegedly,” as if having the crime recorded on video, in public, leaves some doubt that there might be some other explanation.)

Sun-Myung Moon created an organization founded on his own personal charisma, and when he died in 2012, handed it over to his wife. Moon’s oldest son, Preston Moon, “handpicked” directors of the Unification Church International’s board. The organization has assets likely in the billions. It’s a pure cult, as pure as the North Korean cult of the “Kims,” except the Moons don’t rule over a hermit nation—they only run a hermit religion that thrives on taking everything from those who subscribe to it.

I won’t get too deep into the “religious beliefs” of the Moonies, mostly because it’s irrelevant. Sun-Myung sought to unite all religions under his own banner, with himself and his progeny as messiahs. Of course, he’s dead; you can visit his tomb, where his corpse lies. But the pernicious cult lives on, dealing death, destruction, and poverty to its followers, while showering its leaders with riches and fame.

The assassin Yamagami targeted Abe because Abe was a supporter of the Moonies. Many politicians in Japan have ties to the group, which is influential in politics and business. Moon lived in the U.S. for about 10 years before he was charged with income tax fraud, and lying about it to federal investigators. He was convicted, and lost on appeal, then served 13 months at FCI Danbury (“Orange is the New Black”) and paid a $15,000 fine. Laurence Tribe was Moon’s defense attorney.

The Moonies are political and deal in money and influence. It’s interesting that during Moon’s trial, political evangelical Christians like Jerry Falwell, and organizations like the Southern Christian Leadership Conference, offered public support for him. I suppose those leaders saw political influence as a greater goal than telling a cult leader exactly what he can do with his money. The Apostle Peter told Simon the sorcerer “To Hell with your money! And you along with it” in Acts chapter 8. I guess these other preachers skipped those verses.

Organizations like the Universal Peace Federation are tendrils of the cult, and attract political figures like Donald Trump, Mike Pompeo, and Mike Pence. In Japan, adherents have given entire family fortunes to Moon’s cult. The mother of Yamagami bankrupted her family, which had considerable wealth, giving all of it to the Moonies. To say that the assassin’s life was ruined by the cult is not hyperbole (and he said it).

Powerful cults are dangerous. This should be a no-brainer, but we still see so many small cult churches, and also genuine religious leaders who trade their own consciences for political influence, monetary gain, or the trappings of celebrity. I’ve written so many times about this. Maybe I should write a book.

The folks who are in cults don’t think they’re in a cult. Those who praise work done by cult-related organizations, and oppose government action against cult leaders who lie, manipulate, and steal, don’t think they’re doing anything wrong (or maybe they know they are, but chose poorly).

The only known cure to a cult is having experience with the genuine thing the cult seeks to supplant and emulate. For Christians, this means Biblical Christianity. We can differ about eschatology, rituals, and Biblical hermeneutics, but we can’t differ on the basics of the faith, contained in the Apostles’ Creed (published in many forms by many denominations—this one is the Reformed Church in America).

I believe in God, the Father almighty,
creator of heaven and earth.

I believe in Jesus Christ, his only Son, our Lord.
He was conceived by the power of the Holy Spirit
and born of the Virgin Mary.
He suffered under Pontius Pilate,
was crucified, died, and was buried.
He descended to the dead.
On the third day he rose again.
He ascended into heaven,
and is seated at the right hand of the Father.
He will come again to judge the living and the dead.

I believe in the Holy Spirit,
the holy catholic Church*,
the communion of saints,
the forgiveness of sins,
the resurrection of the body,
and the life everlasting. Amen.

Another cure to a cult is openness to actually debate and argue facts and doctrine. The harder you hold to a position, or cling to logical fallacies like ad hominem attacks, the more susceptible to cult influence you are. It’s not hard to find folks who are ripe for the picking (look on Twitter, for instance).

Cults destroy lives. The lives of adherents, and the lives of those who depend on mothers, fathers, employers, and political leaders to have their interests at heart are ruined by devotion to false and evil cults and their leaders. Shinzo Abe flirted with support for the Unification Church, and one of a generation who have been injured by it killed him. Call that karma if you like, but the Bible says that the wages of sin are death, and that the enemy who planted the bad seed is the devil. Cults are bad seed, and any who gain from their fruit will have a bad end.

May the Moonies, and all cults like it, perish.