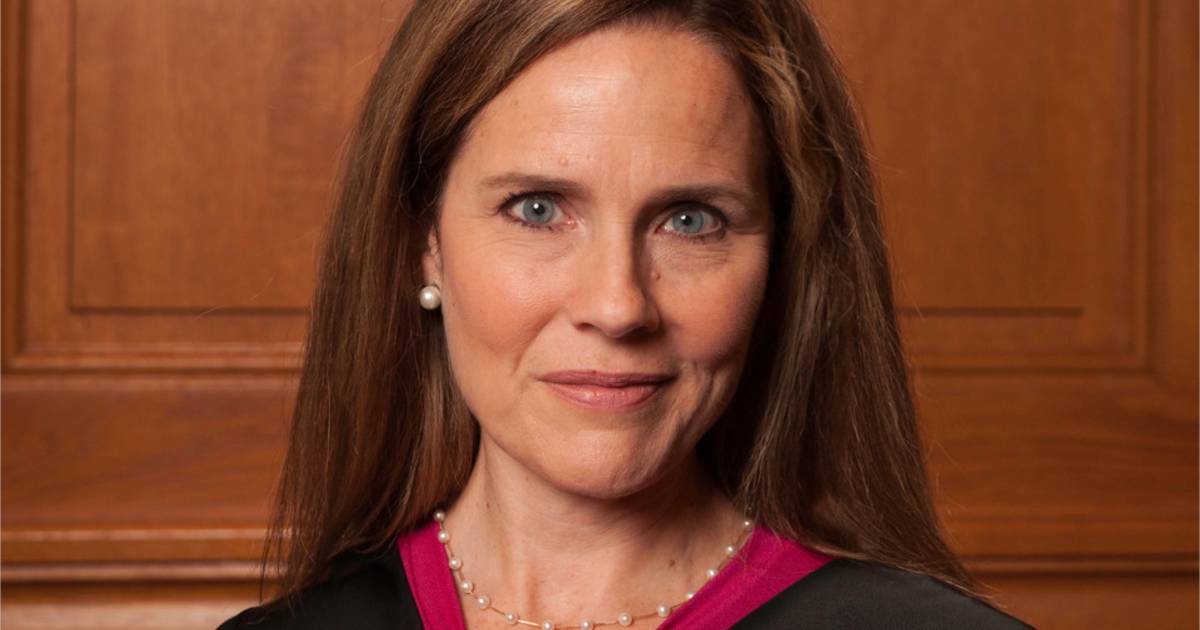 The junior member of the Supreme Court, Justice Amy Coney Barrett got the task of reviewing a petition by eight Indiana University students seeking to block the institution’s vaccine requirement for attendance. She, acting alone, refused the petition, and the other Justices remained silent.

Meanwhile, on Twitter, self-described “conservatives” described her with disdain, using air quotes around the word. They are acting like snowflakes.

How is it conservative for SCOTUS to tell a university what their health policies will be? That’s not under any definition or banner of “conservative” as I understand it. In fact, blocking the requirement for vaccination falls under the same activist court opinions as judges messing with pro-life groups, or carving out special protected classes for transgenders. It’s far more conservative to stay out of these decisions.

On Twitter, @barnes_law is Robert Barnes. Barnes is a Las Vegas attorney fishing in the same pond as Lin Wood. He took a defamation case for 10 anonymous Covington Catholic students, but did not represent Nick Sandmann, who got huge settlements from media outlets who defamed him. But you wouldn’t know that from Barnes, who pumped Sandmann as if he was a client. Sandmann’s legal team included Wood, but not Barnes. Sandmann punched back.

Barnes is committed to providing ammunition to vaccine refuseniks and anti-vaxxers who want to spread their own manure, and use the courts to support their poor choices. In reality, I think Barnes is doing it for the money. If I had to bet, I’d say Barnes has gotten his shots, which makes him all the more an unprincipled sham.

For now, vaccine advocates are clinging to the hope that even if the vaccines do not protect against infection, they still provide some protection against more serious illness and death. I think the jury is still out on that question, but again it is largely irrelevant for this conversation – the Covid wards are filling in Israel, and most people in them are older and vaccinated. If the vaccines do offer any help after a few months against serious illness, it is far less than the 95-99 percent protection that advocates have claimed.

To be clear: I don’t agree with or believe the statistics show what Berenson claims. I believe the statistics I’ve seen comport with the 99.8 to 99.999% effectiveness figures that have been published, including by CNN. Far more sick people in hospitals, or people with positive tests for that matter, are unvaccinated.

I think the long-term answer as to vaccine effectiveness is still unknown, as in neither the drug manufacturers, health professionals, the CDC, China, or skeptics know the ultimate answer. But we do know that the vaccines right now have saved a hell of a lot of lives. Falling back on “aha!” moments when certain predictions about boosters don’t match up against original medical advice proves nothing in the decision of whether to take the vaccine or not.

Going back to Barnes, he’s a lawyer and doesn’t care about statistics or mRNA or anything but padding his name and making money. So tweets like this one word “risky” describing CDC’s recommendation for pregnant women to get vaccinated, are offered without evidence.

Barnes and the online cohorts who are mad at Justice Barrett because she wouldn’t force a university to allow unvaccinated students to spread COVID-19 on campus are not acting like conservatives. They are acting more like the snowflakes who demand “safe spaces” and segregated meetings because they are triggered by the presence of a rock that was described in a single 90-year-old article using a racial slur.

It’s so ignorant and the opposite of conservative. Measles vaccines don’t work either when 20 percent of the population refuses to take them. They’d rather have measles, I guess. It’s not like the phrase “herd immunity” hasn’t been tossed around for 20 months.