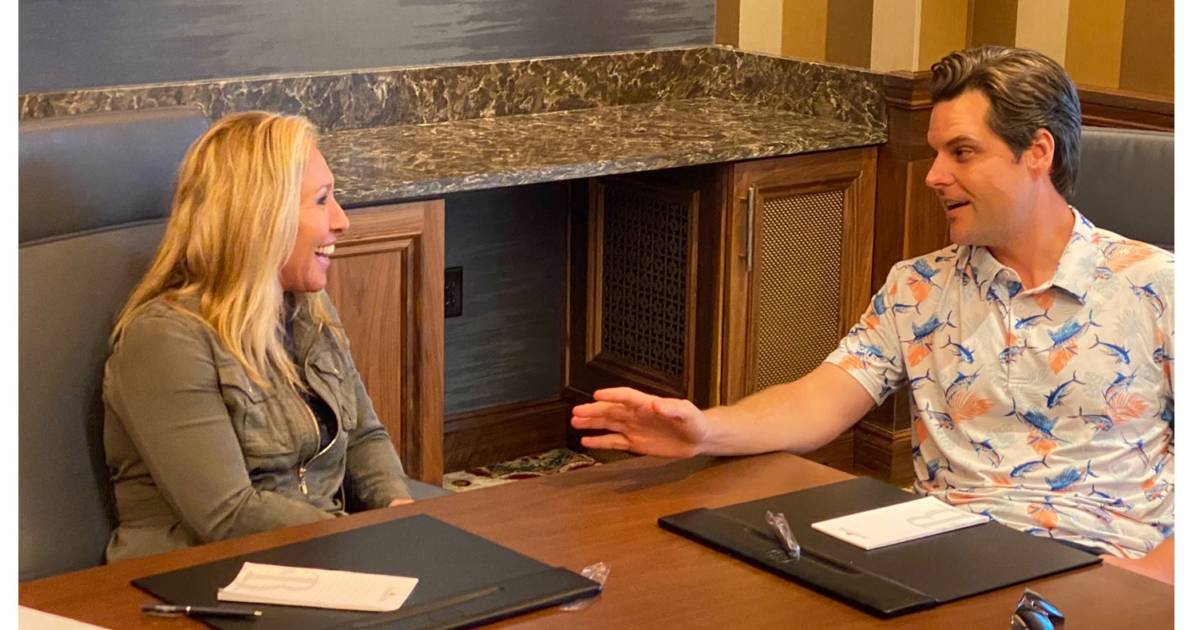 Today’s vote by House Republicans to remove Liz Cheney from her leadership role was disappointing but not surprising. The Wyoming Republican has a stellar conservative record, including a 92 percent Trump score, but that isn’t what matters to Republicans these days.

Cheney is a staunch conservative and traditional Republican and the only reason that her colleagues had to dump her was that she was insufficiently trumpy. Cheney’s sins against Trump included voting for impeachment and telling the truth about the 2020 election, which was not stolen but was lost by Donald Trump’s incompetence as a candidate.

While many voters backed Trump as the lesser of two evils, Republicans are misreading the tea leaves. Today’s vote was an embrace of a failed president and a denial of reality. The vote will prove to be a fateful moment for the party.

The character flaws of the new GOP are evident in not only who they choose to reject but who they tolerate. While Republicans oust Cheney and contemplate censure for Mitt Romney, they are silent on Matt Gaetz, who is likely to face statutory rape charges, as well as Marjorie Taylor Greene and Lauren Boebert, whose inane utterances would be an embarrassment to a party whose moral compass was intact.

The reason that Cheney is given the heave-ho while Gaetz, Greene, and Boebert are feted is simple. Republicans are afraid of Trump’s base. Specifically, they are afraid that Trump’s supporters will desert them. Lindsey Graham admitted as much last week when he told Fox News that “half the people will leave” if Trump is thrown out of the party.

“He’s the most popular Republican in the country by a lot,” Graham said, adding that the “Republican Party cannot go forward without President Trump being part of it.”

And that’s the Republican conundrum. The most popular Republican in the country is a RINO with no discernible consistent political ideology, much less a conservative one. The GOP is so beholden to Trump that any criticism of the former president provokes howls of rebuke.

The vilification of Liz Cheney is not about Cheney’s record, which was mostly supportive of Trump’s agenda (such as it was), but about firing a shot across the bow of other Republicans who might be tempted to acknowledge that the emperor has no clothes.

Trumpists like Graham and Majority Leader Kevin McCarthy salivate at the 74 million votes that Trump got in 2020. The problem with their laser-like focus on those voters is that Trump also helped Joe Biden get 81 million votes. Trump lost the election by a large margin.

And that was before January 6. I know many reluctant Trump voters who now say that they will never vote Trump again after the insurrection. Party stalwarts may repress and rationalize the attack on the Capitol (and a lot that went on before that), but a great many regular folks saw it and didn’t like it at all. You might not see these people posting their political opinions on social media, but you’ll see them on Election Day.

The myopic focus on Donald Trump makes Republicans miss the big picture view that Trump was not and is not popular outside the Republican Party. Further, the Republican base is not large enough to win without the moderate and independent voters that they are driving away in droves as they purge the party of Trump critics.

Going forward, Republicans must rely on Democratic incompetence and the possibility of economic disaster to pull in undecided voters. That didn’t work in 2020 and it seems a long shot for 2022 and 2024 as well given Trump and Trumpism’s negatives outside the GOP and Joe Biden’s popularity. However much voters don’t like woke progressivism, they like Donald Trump and personality cults that try to overturn elections even less.

Even if you don’t mind Republicans showing Liz Cheney the door for telling what should be an obvious truth, they should be held accountable for the band of crazy and/or corrupt people that their party welcomes. A party that punishes people who tell the truth while welcoming QAnon adherents, coup plotters, and hedonists has obvious moral and ethical problems.

Republicans have made their choice. They have shackled themselves to the sinking ship. If you need me, I’ll be in one of the lifeboats.