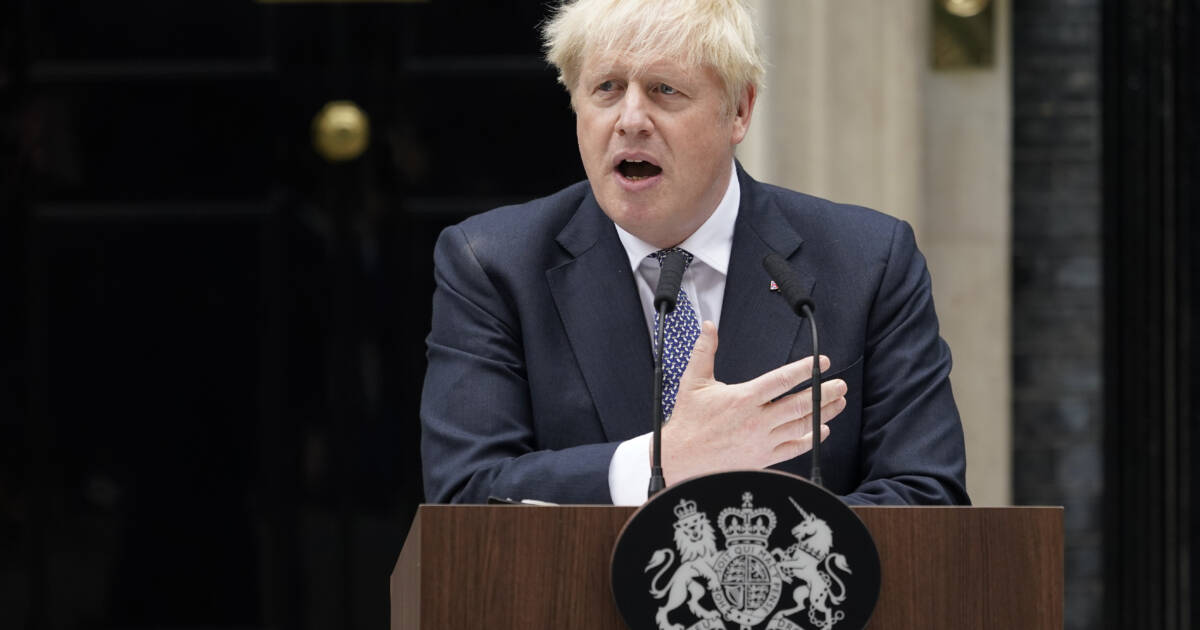 British Prime Minister Boris Johnson announced his resignation Thursday morning; the Conservative Party leader steps down after initially resisting calls from his own party. Johnson says “it is clearly now the will of the parliamentary Conservative Party that there should be a new leader and a new prime minister.”

“The process of that should begin now. The timetable should be announced next week,” added Johnson.

Johnson insisted in his resignation statement that he believed it would be ill-advised to “change governments when we are delivering so much and when we have such a vast mandate and when we are actually only a handful of points behind in the polls.”

“I regret not to have been successful in those arguments and of course, it is painful not to be able to see through so many ideas and projects myself,” he said.

In the end, Johnson was left to acknowledge the political reality that dozens of resignations in the previous 24 hours had left him unable to form a fully functioning government.

“As we have seen at Westminster, the herd instinct is powerful and when the herd moves, it moves,” he said. “And my friends in politics, no one is remotely indispensable and our brilliant Darwinian system will produce another leader, equally committed to taking this country forward through tough times.”

Speaking to his yet-to-be-named replacement as leader of the Conservative Party, who is also expected to replace him as prime minister, Johnson said, “I will give you as much support as I can.

“And to you, the British public, I know that there will be many people who are relieved and perhaps quite a few who will also be disappointed, and I want you to know how sad I am to be giving up the best job in the world. But them’s the breaks,” he said.

“Above all, I want to thank you, the British public, for the immense privilege you have given me. And from now on until the new prime minister is in place, your interest will be served, and the government of the country will be carried on.”