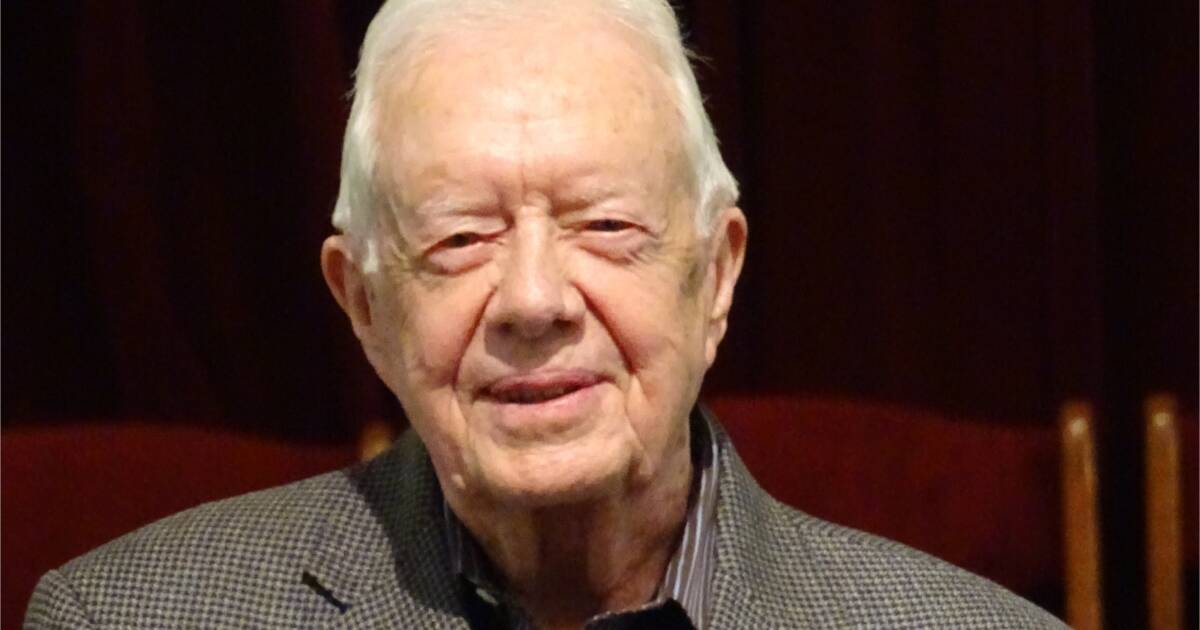 President Joe Biden and the Democrats don’t know what they’re doing, and they’re going to hand the country to Republicans, Trumpists, and a whole circus of grifters for the next 25 years. Thanks, Joe, you’re doing that.

In May of 1980, Jimmy Carter was comfortably ahead of the potential Republican challenger, Ronald Reagan. He was, however, underwater with the American public, at 21 percent. A series of missteps, gaffes, and messaging failures got him there, dealing with the Russians in Afghanistan, the hostages in Iran, stagflation and “malaise.” Carter, the I-can-do-it-myself authoritarian in the White House, flailed about as if lost in a maze. Joe Biden’s presidential style has little in common with Carter—Biden does little by himself. But Democrats’ short-sightedness and constant issue-hopping and flip-flopping is about to cost them decades of political power.

Democrats in power like Speaker Tip O’Neill, who despised Carter, saw the writing on the wall, but it was too late.

It wasn’t just the shock of Reagan crushing an incumbent president, Jimmy Carter, it was who else lost: a whole roster of liberal Democratic fixtures like Senators Birch Bayh, George McGovern and Frank Church. The Republicans took control of the Senate, and Strom Thurmond and Jesse Helms became committee chairmen. The Great Society programs of Lyndon Johnson—even the bedrock achievements of Franklin Roosevelt’s New Deal—seemed in jeopardy.

The bare majority in both houses of Congress that Joe Biden has was the result of a convulsive rejection of Donald Trump, paired with Trump’s own brand of salting the earth for any Republican candidates who didn’t kiss his orange-tanned behind (and even some who did, like poor David Perdue). Democrats have stupidly treated this as if they actually have control of things, which they don’t.

Even Reagan lost the House in 1982, because the party in power generally gets whipped in the midterms. We’ve got Biden’s midterms coming up, and it’s going to be a very ugly affair for Democrats. They know this, and they’re going into a bunker mentality that will cost them the next two decades, at least.

Let’s go back to May, 1980 and the Mariel Boat Lift. Before 1980, Florida was as reliable a Democratic stronghold as Massachusetts or Rhode Island. Every governor was a Democrat since Reconstruction, an unbroken string from 1877 to 1967, with the aberration of Claude Roy Kirk’s one term from 1967-71 (the result of a party split between the incumbent Haydon Burns and the anti-capital punishment nominee Robert King High). Then Carter promised to take in as many Cuban emigrés as wanted to come here—a stupid decision. Fidel Castro graciously opened his prisons, gulags and mental hospitals, purging 125,000 undesirables from his island.

The Cuban-American community was enraged. And as the new Cubans adjusted to life in America, you’d think the community would be grateful to Democrats, but that’s not what happened. Between 1976 and 1980, Republicans gained 15 points in Cuban neighborhoods that were hard-over for Democrats. And the trend continued.

“The Cuba Poll reveals that among those who arrived between 1995 and 2009, 49 percent identify with the Republican Party — but among those who arrived between 2010 and 2015, 76 percent do,” wrote the Washington Post in October of 2020. Democrats started a demographic war that in 20 years changed the Cuban community from reliable Democrats to Republican. In 1987, Gov. Bob Martinez, a Republican, won. Then there were nearly 10 years of conservative Democrats during the Clinton White House years. After that, since 1999, only Republicans have held the governorship.

During Barack Obama’s presidency, nearly 1,000 federal and state elections flipped from Democrats to Republicans. A lot of the roots here go back to the Carter years, and short-sighted decisions that set up Clinton and Obama to propel the party’s core further to the left and accelerating.

Now Joe Biden is meandering into political suicide. Student loan forgiveness, says Charlie Cooke, will “haunt the reputation and fortune of the arthritic Democratic Party for many years to come.” Schools shootings are among the most awful things this country—or any country—has to endure. We now know that the teacher who propped the door at Robb Elementary School in Uvalde, Texas, went back and closed the door, but it didn’t lock. And here’s Joe Biden saying he doesn’t believe in proposals to harden schools.

“I know there’s been conversation about hardening schools, that is not something he believes in,” Jean-Pierre told reporters at a White House press conference. “He believes that we should be able to give teachers the resources to be able to do their job.”

Sen. Mitch McConnell, along with Sen. Chris Murphy—a big gun control activist whose own state, Connecticut, reacted with yankee rebellion against a state mandate to turn in “menacing” looking guns which would criminalize 300,000 citizens—both agreed to discussions on rational proposals to tighten gun enforcement and harden schools. Biden is letting the Democrats run themselves off a cliff, losing the ability to reason things out that should be, well, reasonable.

Then there’s Ukraine, where first Biden said he would not comply with Ukraine President Zelenskyy’s request for advanced MLRS rocket systems which can fire into Russian territory.

“We’re not going to send to Ukraine rocket systems that strike into Russia,” Biden told reporters after arriving back at the White House after a weekend in Delaware.

Then Tuesday evening, this:

In a guest essay published Tuesday evening in The New York Times, President Joe Biden confirmed that he’s decided to “provide the Ukrainians with more advanced rocket systems and munitions that will enable them to more precisely strike key targets on the battlefield in Ukraine.”

This has to be the stupidest decision since Jimmy Carter allowed the Shah of Iran to enter the U.S. for cancer treatment in October, 1979. Here’s the reaction of the gobsmacked embassy staff in Tehran: “The embassy staff was utterly astonished, for not only had they warned Washington over the previous summer of the various dangers associated with such a decision, but some had even been told that by Washington seniors that the consequences of the shah’s admission to the United States were so obvious that no one would be ‘dumb enough’ to allow it.”

Ostensibly, Biden’s reason for holding back on advanced rocket systems was to not give Russian President Vladimir Putin a reason to widen the war in Ukraine. Of course, without the rockets, the Ukrainians are losing territory in a bloody war of attrition in the Donbas. Day by day, after punishing casualties, the Russians continue to pour men and materiel into the war zone, and Ukraine’s defense forces cannot hold forever without the ability to disrupt Russian supply lines deep in enemy-held territory.

So, Biden decides, after announcing to Putin his reasoning, to do the very thing that Putin can use to widen the war. I think many in the Pentagon are reacting with the same utter astonishment that the Tehran embassy staff—a number of whom would end up as hostages for 444 days—experienced in 1979. Who would be “dumb enough” to hand Putin a casus belli to expand the war? What do we think will happen when Ukraine uses those rockets, which—wrist slap—they’re not supposed to use to attack Russian territory, to attack Russian territory?

Politically, America is paying record high gas prices, as India pays below market rates for Russian oil, at nine times the previous rate. Russia is making more money now on its energy sales than before the sanctions. Biden blames Russia, the pandemic, Trump, Republicans, guns, Republicans, voters, and Republicans for all his problems. He’s lost, and his White House staff is in complete disarray, with a “blaxit” in progress as 21 Black staffers flee the administration.

These decisions will have far-reaching consequences well beyond this November. I won’t say it’s a given, but the likelihood of Republicans cleaning up in the mid-terms is exceptionally high. Leaving the border open to fester, widening the war in Europe, failing to see and recognize a coming recession, and letting the country meander like a former superpower will cost Democrats the 2024 election, and the next 20 years after.

If we get Trump again, don’t blame Republicans. Blame Joe.