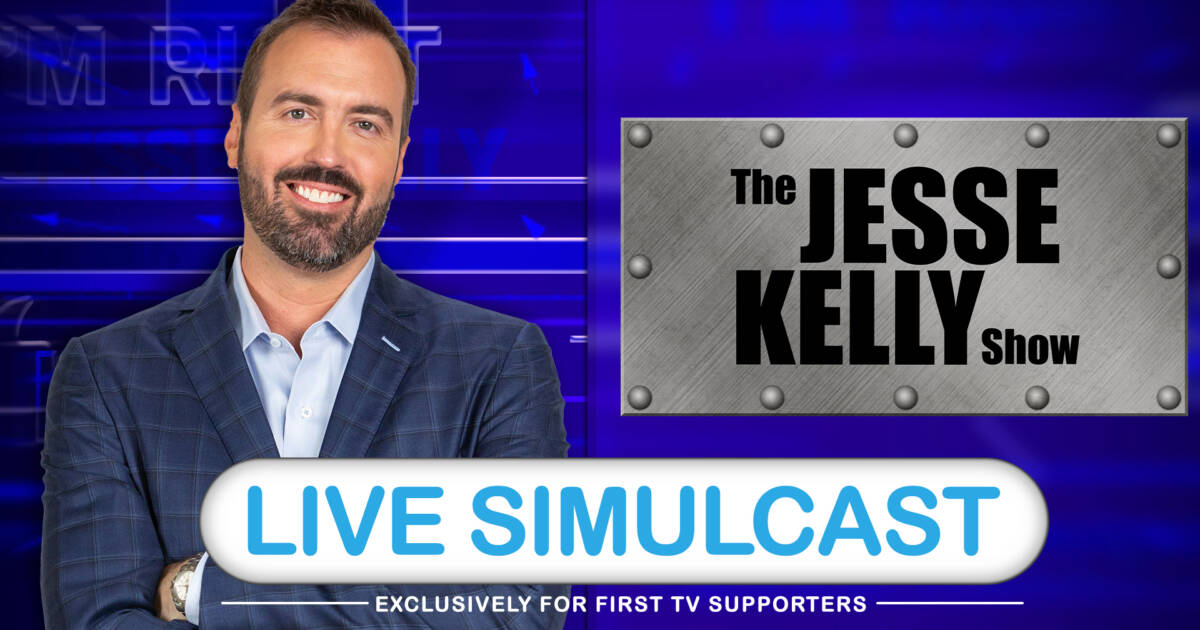 America Asked For More Jesse… And He Answered.

Now you can see Jesse in all his glory as he broadcasts his radio show LIVE across the nation.

The Jesse Kelly Live Simulcast is now available to ALL First TV Supporters.

Since the “Kelly Cam” made its debut during this year’s State of The Union Address, fans have been begging for more!

The critics have spoken:

“Holy sh**. This rambling wreck has to be one of the flat out stupidest people on the planet. Good grief.” -Twitter User

“Without knowing I can tell that Jesse is really short. Feel bad for him.” -Twitter User

“You’re a moron. You should sit this one out.” -Twitter User

Born in the Ohio Rust Belt, Jesse Kelly joined the U.S. Marine Corps in 2000 and on 9/11, watched the towers fall from inside his barracks. He later deployed to Iraq as an infantry Marine during the Second Persian Gulf War and received an honorable discharge after four years.

In 2010, with no political experience to speak of but many opinions to share, Kelly ran for Congress in a Democratic-controlled district of Arizona. Though a virtual unknown in the race, he was only narrowly defeated by Rep. Gabrielle Giffords. The race initially ended in a vote recount.

After his Congressional run, Kelly continued to be a major voice among conservatives, using his large social media following as a platform to continue many of the conversations started on the campaign trail. He signed on to host a one-hour show on 950 KPRC in Houston, Texas, in 2018, which was expanded to a two-hour program. “The Jesse Kelly Show” debuted as a three-hour program in national syndication in April 2020. Fans can follow Kelly on Facebook, Twitter and Instagram.