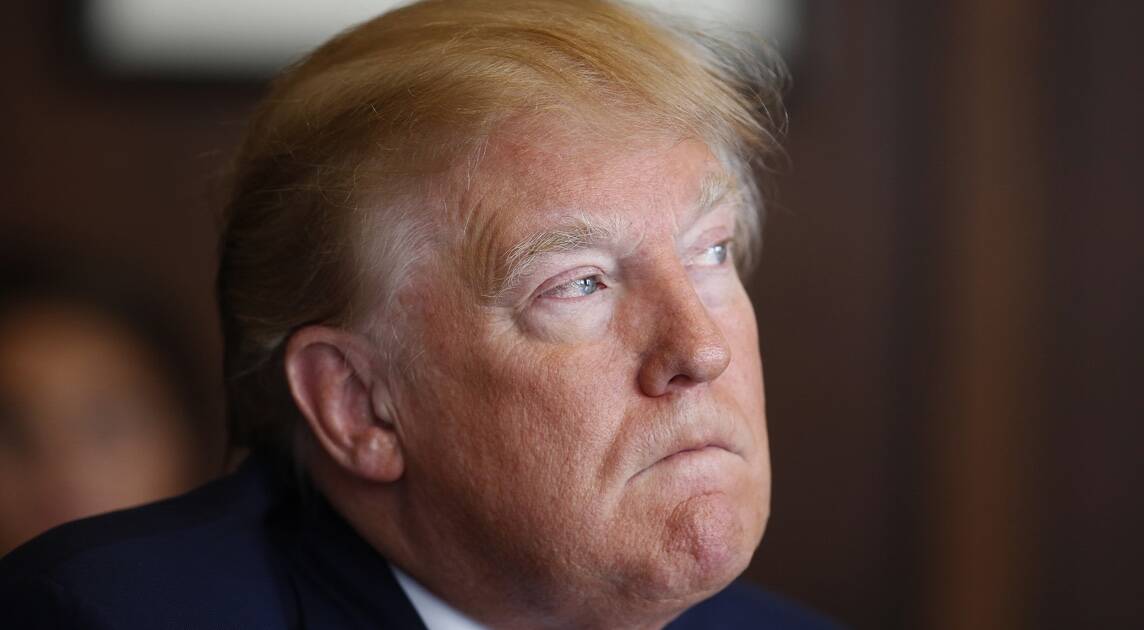 Gossip reporters in the 70s through the 90s sometimes got calls from “John Barron.” It was of course Donald Trump, dishing out on the wonderfulness of Donald Trump, without even the decency to affect a different voice. This ruse has about the same level of sophistication as the small time drug dealer who drops his package two feet before the police detain him, then says “it’s not mine” when questioned about it.

In the hours between sending a crowd of “stop the steal” rally goers down Pennsylvania Avenue to visit the Capitol, and the denouement of that event as thousands stormed razor-thin police lines to enter the building and threaten to undo the working of our Republic, the activities of “John Barron” are fuzzy and not well understood. Official records contain gaps in the telephone log, for instance, as the New York Times reported.

Few details of what Mr. Trump did inside the White House as rioters stormed the Capitol are known. He was watching television as the riot played out on cable news, and several aides including his daughter, Ivanka Trump, implored him to say something to try to tell the rioters to stop.

Trump had a habit of using other people’s phones, people loyal to him, or at least scared to go against him. Before Trump’s body-man turned personal assistant Keith Schiller was tossed out, the former president used to make calls from Schiller’s cell phone. It’s likely that during the Capitol riots, Trump was using someone’s phone, or even a “burner phone.”

The House January 6th committee knows that Trump was speaking to people based on their own timeline and statements made by witnesses they’ve heard from. But White House records show no calls made. Yet “at least one person” had their call to Trump’s cell phone answered by an aide. Trump wasn’t using his own phone, which is subject to official log requirements.

In fact, whatever the president does is supposed to be logged, almost down to ridiculous detail. Trump always bristled at the concept of accountability. In business deals, he would promise one thing verbally and then have his lawyers craft something different. Then he’d pretend the first conversation never happened. He’d accept a price on work by a contractor, and when billed, decide to only pay half, forcing the owner to drag him into court. Most would take the short payment, because going to court is not worth the time and money to collect.

In conversations with James Comey, Trump was circumspect. Not that I’m defending Comey—he was a political bully and two-faced self-aggrandizer—but if it wasn’t for copious notes freshly written, Trump’s words may as well have been anything at all, not some attempt to get the FBI to drop the Russia investigation based on personal loyalty. In fact, Trump was right, and the FBI should have ended Crossfire Hurricane. If Trump had played it straight, he would have been better off.

But Trump never played it straight his whole life.

After January 6th, he finally accepted that the Trump years in the White House would end, but that wasn’t by any stretch an agreement to play straight. As every department was instructed not to cooperate with the incoming Biden administration, Trump busied himself by ripping up certain records he didn’t want to be in the archives. Instead of attending Biden’s inauguration, he took 15 boxes of records protected under the Presidential Records Act with him to Mar a Lago where he tried to destroy them.

The NYT reported that the National Archives believes at least some of the documents contained classified information. Trump later returned those records to the agency. Why didn’t he destroy them? I think it could have been some combination of failing to find anyone willing to shred official documents and the belief that doing so would be a criminal act very easily proven. It’s easier to say “oops, my mistake” (or “it’s not mine!”) than to explain how 15 boxes of records ended up shredded in Palm Beach, Florida.

POLITICO in 2018 reported the story of Solomon Lartey (who was fired before talking to the press), whose job was to tape documents that Trump had torn up back together again. Years and years of habit had made Trump into an inveterate document shredder. He picked it up, read it, tore it to pieces and threw it away. No amount of coaching in presidential requirements broke Trump of this habit, and when he realized everything was being preserved, Trump simply took boxes with him of things he thought shouldn’t be “public.”

On January 6th, 2021, the more experienced version of Trump as White House resident realized he was very limited in what he could do or say without triggering the Presidential Records Act. While his supporters strolled through the Capitol, some assaulting police officers or breaking in by force, Trump sought ways to avoid official communications. It’s who he was, and who he is.

The congressional committee has its work cut out for its investigators if they want to get to the bottom of who said what during those critical hours. They may never really find out. What’s certain is that for those house, its was more “John Barron” in charge than the man who was elected president.