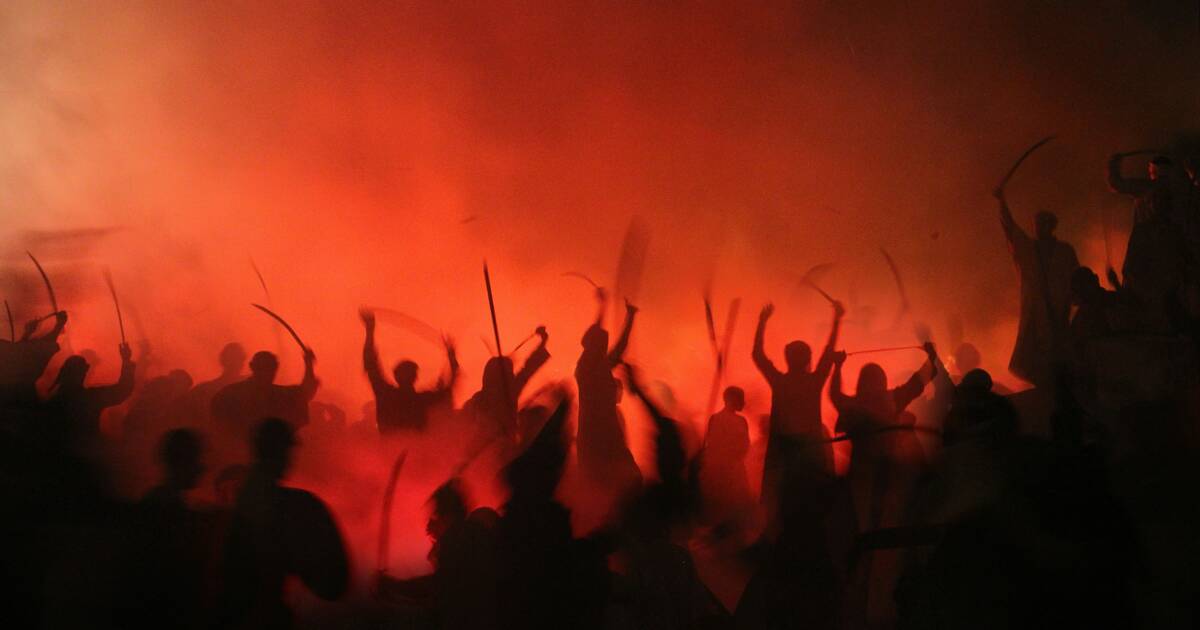 In World War II, the British and Canadians executed traitors, while Americans tended to jail them. Notably, William Joyce, the American-born Irishman-turned-Nazi who broadcasted propaganda from Berlin under the name “Lord Haw-Haw,” was captured shortly after the war, tried, and hanged by the British for “being a person owing allegiance to our Lord the King, and while a war was being carried on by the German Realm against our King, did traitorously adhere to the King’s enemies in Germany, by broadcasting propaganda.”

Joyce, to anyone’s knowledge, never fired a gun in war, killed a Jew, or worked in a concentration camp. In American terms, he gave “aid and comfort” to our enemies. In reality, he spread disinformation and propaganda favored by the Third Reich. Needless to say, if it had not been a time of war, he would have been written off as another crank, certainly not a candidate for the hangman’s noose.

To Whoopi Goldberg, if she bothered to learn who Joyce was, he would be just one more white man in a white man’s war.

Goldberg won herself a two week suspension from the insufferable ABC show “The View” (“I’d rather choke myself than listen or watch it”—Jay) for making ignorant remarks about Jews not being a race in WWII. History is pretty clear: the entire Nazi doctrine revolved around the Aryan race being superior to say, Jews or Gypsies or Slavs. In a pure factual historical sense, Whoopi was operating at the level of Senator John Blutarsky, of “Animal House” fame. In a time of war, all remarks are subject to the censor, and everyone is suspect of being a traitor, even those too ignorant to form a useful opinion (but get paid big bucks to have one).

An apology was quickly forthcoming, but it was too late to stop the war machine from bringing charges.

There are just too many analogies for what’s happening in America. David French called it “conditioning culture.” Matt Taibbi interviewed investigative journalist Paul Thacker, who pounced on “context” fact-checking, which really means a factually well-documented story which is being used by those who promote counterfactual arguments in the ongoing war. Only Thacker inadvertently waded into the COVID-19 vaccine war when he reported on actual shortcomings in Pfizer’s phase 3 testing contractor.

Thacker, a former Congressional staffer and veteran gumshoe reporter, has his own Substack called “The Disinformation Chronicle.” Unfortunately, Thacker’s work for respected journals like the British Medical Journal got thrown in the “enemy propaganda” bin because the likes of Dr. Robert Malone and Robert F. Kennedy, Jr. used it to erode confidence in the vaccines. The “context” flag there has nothing to do with the facts that Pfizer test contractor Ventavia was reported to the FDA by an internal whistleblower, who had documents, recorded meetings, and solid evidence—and was fired for it. It was because such stories were not helpful to the war effort, which is simply to get everyone vaccinated.

In WWII, “loose lips sink ships” meant that the enemy was not to be given the least bit of information about the status of Allied forces. Even if there was a scandal, it could not be reported, lest the enemy get hold of that. The military still operates with some of those same embedded behaviors, which kept the Kabul drone strike that killed civilians under wraps until The New York Times broke the story.

In the same vein, investigative reporters should not have to appear before a virtual “war board” to clear stories. As Taibbi noted:

Whether about maintenance issues at American Airlines or a bank employee’s reports about the pooling and marketing of defective mortgages, such “bad practices” reporting has long been a staple of investigative journalism. Previously, the idea of spiking or flagging such reports on the grounds that they might have convinced some people not to fly or use banks would have been laughable. Having done many of thesestories myself, I’m familiar with demands for “missing context,” but always from a corporate defense lawyer or a political spokesperson. That it’s coming from media gatekeepers now is crazy.

Anyone who deals with race issues, certain political stories, election security, or a law professor giving an honest opinion about judicial qualifications based on skin color and gender, the basis for judgement is that we are at war, and enemy propaganda, whether intentional, offered in ignorance, or inconvenient but true observations, is not to be tolerated.

That it’s not the government prosecuting these people is really not relevant. Actually, I’d prefer if it was the government, then at least there would be some redress and due process. I honestly don’t care that Whoopi Goldberg lost two weeks of pay from ABC. She can afford it. I don’t care that Neil Young won’t get paid by Spotify for his music. Young is a multi-millionaire and won’t miss the money.

I do care that the flavor, the Zeitgeist, the backdrop for these events serves to chill anyone who looks at issues critically and objectively.

Before the 2020 election, the New York Times advised caution. A September 2020 headline on letters to the editor read “Distrust of a Rushed Vaccine.”

Damage to the C.D.C. now balloons as the agency takes on the role of political lackey for a failing president. Isn’t it enough that vaccine development is proceeding at an unprecedented pace? Apparently, no. Now, the C.D.C. is actively promoting the president’s fantasies that a safe and effective vaccine will be available just a few weeks from now.

The potential harm to the general public of an “unfinished” vaccine is great. And if this plays out as many of us fear it will, the damage to trust in any future vaccine may be even more devastating.

In November 2020: “Experts Tell F.D.A. It Should Gather More Safety Data on Covid-19 Vaccines.” Thacker reported exactly along the same lines, but did so in December 2021, when the story wasn’t so convenient for the narrative anymore. The war against Trump was done, and therefore we moved to the war against Trump-Republican anti-vaccine activism. If Trump had won the election, I believe the anti-vaccine activists would have been allies, and people like Thacker would be seen as heroes exposing the dangers of rushing. You can disagree, but be prepared to show me how I’m wrong.

The reason we’re so paranoid and subject to overreaction is that we’ve been fighting wars, and acting as unwitting soldiers. There’s no more room for nuance or facts. There’s now only the story to be promoted, and traitors. Ignorance is no excuse for giving aid and comfort to the enemy. Therefore, whether online, or in your profession, or in your personal safety, you will be attacked for breaking OPSEC.

I don’t have to state how damaging this is. We can’t be at peace and constantly at war. Also, if this is war, then what will happen when we have a real war, like with Vladimir Putin’s 130,000 troops surrounding Ukraine? I expect we’ll be so numb to it that we will let Ukraine be absorbed if Putin wills it, with hardly a shot fired. We’re too busy going after our own “Lord Haw-Haw.”