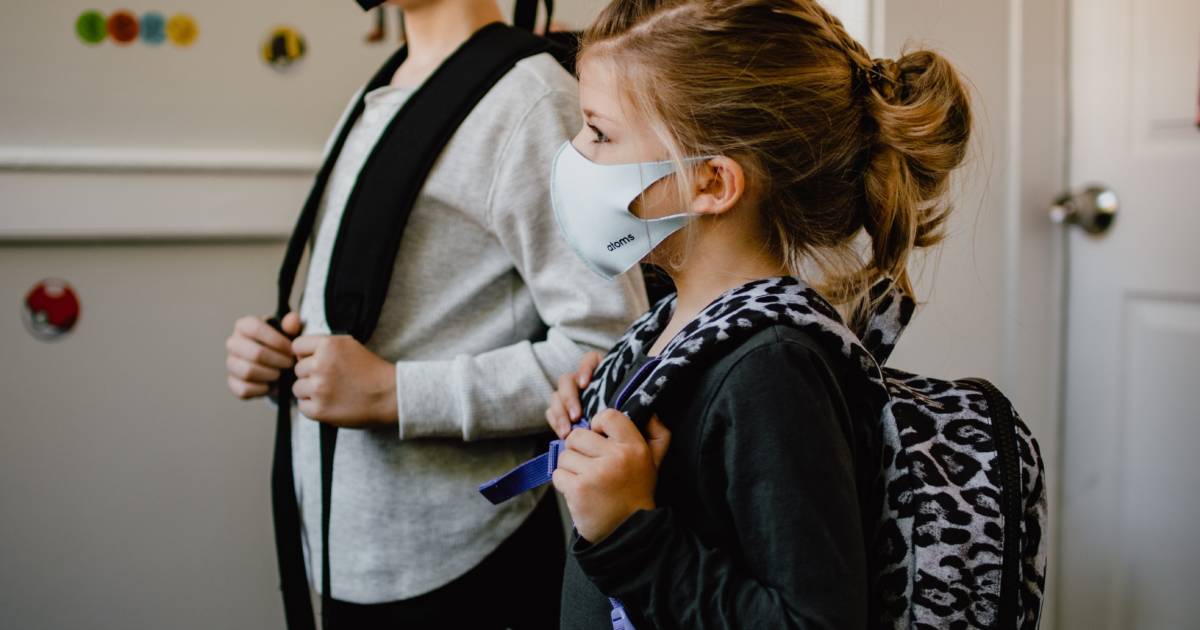 The medical administrative state has finally got its war, and they intend to fight it forever.

What does “COVID forever” mean? America is a year past the peak of “stop the spread” and “flatten the curve” efforts; we are over two months past the dreaded “second wave”; we have three good vaccines injected into nearly 141 million arms and a fourth one (AstraZeneca) in reserve that we’re sharing with the world. And the CDC is going with “mask your two-year-old.”

I know we pay these people in the medical administrative state to “err on the side of caution.” I heard those exact words last week when “they” quarantined my 11-year-old from school, who already had COVID-19 last October, and has about a 1 in 10,000 chance of reinfection, because he spent more than 15 minutes within 6 feet (masked) of a student who had symptoms and tested positive. Health professionals are paid to keep us safe, no matter what. As long as COVID-19 remains “in the wild” with unvaccinated people who can contract and spread it, “they” are going to tell us to live with “COVID forever.”

That means masks, contact tracing, mandatory quarantines, and living in a dull, Kafka-inspired dreary, risk aversion nightmare, forever. Read this sentence from a Boston Globe article headlined “As hopes rise for pandemic’s close, some are preparing for never-ending COVID.”

But in the medical and biopharma worlds, many are eyeing a more daunting prospect: coronavirus as a never-ending threat.

In retrospect, this was very predictable. During the Cold War, defense companies cemented their position as pre-eminent in federal contracts, because “national security” and a missile gap. After 9/11, the “war on terror” militarized thousands of police departments, created the leviathan Department of Homeland Security, and sparked an 18-year engagement in Afghanistan, and multiple surges in Iraq, and now Syria.

I’m not saying that America didn’t need to fight the Cold War, counter the Soviet Union’s very real plans for world domination, and put an end to their influence. But we all know the Vietnam War was predicated on a massive lie. We all know that, given the power to drive action and to organize the direction of government, the defense cabal over-reached. After all, we pay our soldiers to fight.

This reminds me of the scene in the movie “The Battle of the Bulge” when Col. Martin Hessler told his aide “The best thing possible is happening. The war will go on.”

On and on and on.” The aide replied, “But it must come to an end.” Hessler goes on to explain “there are many kinds of victory.” This is the attitude of a soldier paid to fight. This is the attitude of a defense contractor paid to make more bombs, more missiles, more radar systems, more counter-missile and counter-radar systems. It must go “on and on and on.”

This is the attitude of those engaged in our fight against terrorism. When Islamic terror is no longer the global threat to mankind, democracy and peace we were told it was in 2003, then we turn to domestic terrorists, Antifa, neo-Nazis, white supremacists, and Capitol insurrectionists. There must be a war on terror, and it must go “on and on and on.”

(As for Islamic terror, yes it exists, but 1.2 billion Muslims are mostly peacefully living their lives, as are most demonstrators holding “Black Lives Matter” placards and flags, and people who voted for Donald Trump.)

This is the attitude of the folks fighting weather-related emergencies, hurricanes, floods, and other disasters. FEMA always has to have a disaster to fight, because they’re paid to fight disasters.

Now this is the attitude of the medical administrative state, who have been patiently waiting in the background for decades, waiting for a global pandemic, an “Andromeda Strain” to fight. In 2009, we had Swine Flu, which was pretty bad, actually. But most people didn’t see the U.S. Public Health Service front and center, other than a few appearances by the Surgeon General and the CDC. COVID-19 was the Katrina, the 9/11 and the Cuban Missile Crisis all rolled into one for people like Dr. Anthony Fauci.

I give Fauci credit: We pay him to err on the side of caution, and he’s doing his job well. We also pay him to keep people from panicking, which, in February 2020, he did well. The problem was, everyone bet wrong in February 2020, and by March, “panic” was the watchword. America has come out of COVID better than the worst case outcome, but we’re now hearing that it can always get worse, which is a poor message.

No wonder people are reticent to receive their second shot. You get the shot, feel like a dung pile for a day, then return to masks, social distancing, and all the things a vaccine is supposed to liberate you from. And since kids don’t get vaccinated, they are forever a threat and vector to spread the disease. And there are always new “variants.” The medical administrative state wants to fight this war forever.

We elect civil leaders, political leaders, to balance the competing needs of various interests in the country and lead us on a path of reason. President Biden has done little to stem the slide into a medical tyranny.

When states begin to mandate that two-year-olds and four-year-olds have to wear masks outside, it’s time to protest the never-ending war on COVID.

Eisenhower was right. We must beware the military industrial complex. We must also beware the medical administrative state, which is great when there’s a real emergency, but never knows when it’s time to lay down that power. It’s time for them to lay it down.