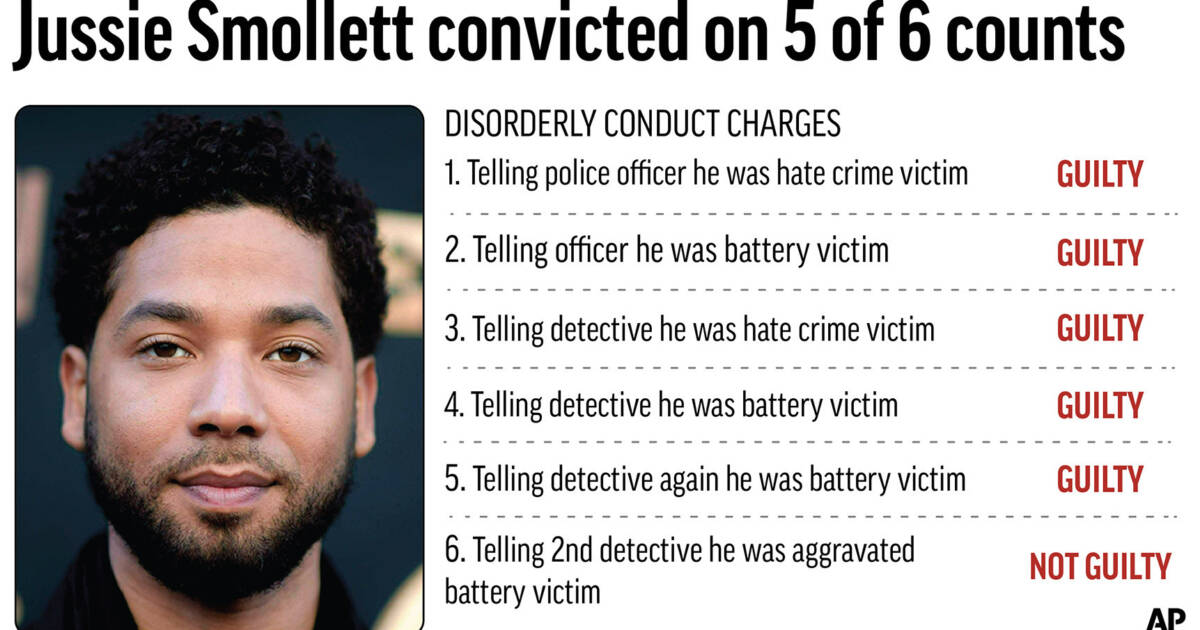 Hate crime hoaxer Jussie Smollett had the Chicago Police Department waste a lot of time and resources investigating his staged attack – now they want to collect $130,000 for their trouble.

The City of Chicago has released the following statement:

“The City filed a civil lawsuit against Jussie Smollett to recover costs incurred by the Chicago Police Department investigating what the City believed to be Smollett’s false police reports that he was a victim of a hate crime,” the city said. “While using a different standard of proof, the jury’s finding of guilt convicting Jussie Smollett of criminal charges stemming from the incident confirms that the City was correct in bringing its civil lawsuit.”

“The City intends to continue to pursue its lawsuit to hold Smollett accountable for his unlawful actions and to demand that he compensate the City for costs incurred by the Chicago Police Department which took his false claims of harm seriously,” the statement added.

According to a CNN report from 2019, CPD allocated two dozen officers and detectives to investigate Smollett’s case, resulting in 1,836 hours of overtime.