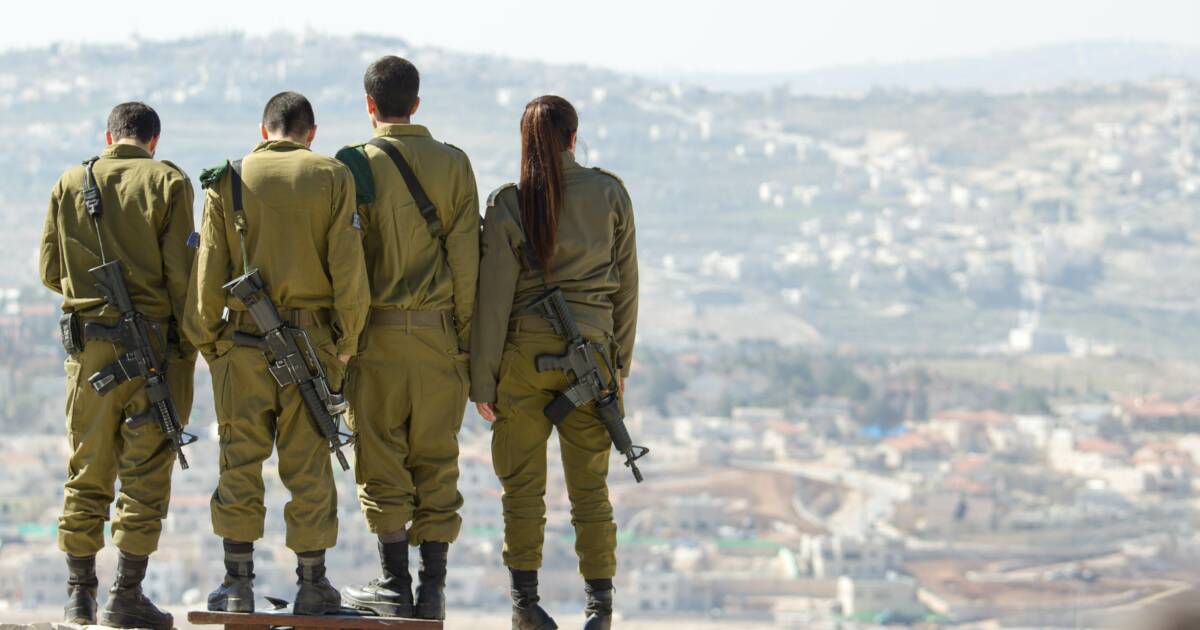 Ukraine President Volodymyr Zelenskyy wanted to address Israel’s Knesset, like he did with the European Parliament and the Canadian Parliament. But the best offer he got was an informal Zoom session that lawmakers were able to access from home. The Knesset was in recess, Speaker Mickey Levy was not about to call it into a formal session, and its chambers and plenum are under renovation. There was nowhere to gather.

That was a convenient explanation for a deeper concern. Israel’s government, led by Prime Minister Naftali Bennett, is very hesitant to get involved in Ukraine’s struggle against Vladimir Putin.

Bennett offered to help mediate talks, and to visit Kyiv, if talks with Moscow move beyond the “surrender or die” stage. Israel’s government also has an active relationship with Putin, who met with Bennett in Moscow on March 5, while Russian troops were firing missiles into civilian areas in Ukraine.

An op-ed in Haaretz encouraged Israel to provide Iron Dome to Ukraine, noting that the system has been sold to other countries, including Azerbaijan, which has been in conflict with Russia. The central point raised is:

It is possible to help Ukraine without burning bridges with Russia and, in the past, Israel has been capable of making nuanced choices in pursuit of seemingly incompatible policies.

This raises several questions. First, is it possible to help Ukraine without burning bridges with Russia? Second, does Israel have an obligation to help nations where there is a Jewish community under attack? Third, is the fact that Zelenskyy is Jewish relevant to this situation?

Before I answer these, let’s take a look at Zelenskyy’s speech, which was livestreamed all over Israel, and shown on a jumbo electronic display in Tel Aviv. As he had done with other nations, Zelenskyy thanked Israel for its support, then attempted to build bridges using history. The Jewish News Service summarized:

Throughout his address, Zelensky drew comparisons between Ukraine and Israel, noting that while the two states exist “under absolutely different conditions,” the threat they face from their enemies is one and the same: “The total destruction of our people, our state, our culture, even our names.” Quoting Israel’s fourth prime minister, Golda Meir, who was born in Kyiv, he said: “We want to live but our neighbors want to see us dead. It does not give us much room for compromise.”

If Zelenskyy stopped there, it would be a good start. But he went to the Holocaust. “The Ukrainians made their choice 80 years ago,” he said. “We saved Jews and therefore there are among us ‘Righteous Among the Nations.’” He referenced the date February 24, when Putin’s troops launched their invasion, as the date when the Nazi Party was founded in 1920. That didn’t go over very well. One pro-Ukraine demonstrator called comparisons between Putin and Hitler “hitting below the belt.”

Zelenskyy sharply criticized Israel for its disengagement. “What is it? Indifference? Political calculation? Mediation without choosing sides?” he asked. “I’ll leave you to provide the answers to these questions, but I want to point out that indifference kills. Calculations can be wrong. You can mediate between countries, but not between good and evil.”

That last line is the one that stuck—the quotable line. Certainly, Israel has the capability to help, but, as my Israeli neighbor said, “it’s complicated.”

Let’s take on the first question: Is it possible to help Ukraine without burning bridges with Russia?

Yes, and no. Israel is already sending humanitarian aid. As it responds to disasters all over the world, Israel is first to set up a field hospital in Ukraine. The hospital in western Ukraine town of Mostyska near the border with Poland began accepting patients today (Tuesday). Israel sent 80 people to staff the facility, which will operate for at least a month, rotating personnel, while doctors train local teams, according to Israel Hayom.

Israel is also accepting refugees. Bennett’s government raised the number of refugees to about 20,000, including some who are in the country illegally. Of course, Jews from anywhere are welcome in Israel—the Jewish State’s “Law of Return” is part of its Basic Law (like the U.S.’s Constitution).

These measures do help Ukraine in non-trivial ways. But what Zelenskyy wanted was weapons. Even defensive weapons are weapons. Iron Dome would protect Ukrainian cities. Would providing that system be a provocation to Putin? Of course it would. And the Russians aren’t half a world away from Jerusalem. They operate in Syria with Bashar Assad’s forces.

Israel has an operational understanding with Russia regarding Syria. Israel stayed out of the conflict, but does occasionally fly missions against Hizbollah and Iranian Revolutionary Guard operations transporting weapons to Lebanon, or other actions that threaten Israel’s security. When these missions fly, Russian advisors who operate the S-300 anti-aircraft systems know when to disappear. Russian troops know where not to be, and it’s done in a way that Syrian informers generally don’t have time to let the targets of the strikes know.

Why would Putin continue to honor this arrangement if Israel is actively, in military terms, working against him in Ukraine? Does the fact that Israel isn’t providing Iron Dome mean that it’s siding with evil? That’s what Zelenskyy proposed. But to say Israel wouldn’t be burning bridges with Moscow is a stretch—what I think Haaretz meant was it’s worth burning the bridges. That is a different question.

It’s also a good segue into the second question I posed above: Does Israel have an obligation to help nations where there is a Jewish community under attack?

Israel is a sovereign nation. Its Basic Law declares that it is the Jewish State. It is the land of the heritage of Abraham, Isaac, and Jacob; the Promised Land of Moses and Joshua; the inheritance of the Kingdom of David and Solomon; the fruit of the Maccabees who revolted against the Seleucid Empire; and the birthplace of Jesus Christ (also the place where he died and rose again according to the New Testament, and the place of his eventual return).

That said, Israel is not the representative of all Jews on the earth. While Jews have the right (not an unlimited right) to live in Israel and become citizens, being Jewish is not an automatic citizenship. I am Jewish by birth. I was Bar Mitzvahed in the Orthodox tradition at 13 years old. But I am an American; if I visit Israel, it’s as a foreigner. I do not have the right to vote there, or enjoy any of the rights and privileges of citizenship in Israel just because I’m a Jew. In order to become an Israeli citizen, I would have to apply for the Law of Return.

The Jews in Ukraine are not Israelis. They are not under the protection of the Israeli government, and Israel has no basic obligation, under its law, or under Jewish law, to render military protection to them. It’s a very unsatisfying answer. It also doesn’t answer the question about good versus evil, does it?

That part is more complicated. Israel is always accused of being evil, in its treatment of Palestinians. It’s funny how you aren’t hearing from the Palestinians right now. You’d think they would encourage Israel to stand against Putin, but then again that would require them to acknowledge Putin as evil, which they won’t do. It would also bring up some unfortunate similarities between the Nazis and the Muslim Brotherhood.

But let’s say Israel wanted to give Iron Dome to Ukraine. That’s complicated too. Iron Dome is made in America, by Raytheon. This was part of the deal made under President Barack Obama, who got Congress to fund the system and allow Israel to expand it beyond its own manufacturing capability—in exchange, we got the rights to make it. The only way Iron Dome could get into Ukraine would be if the U.S. handled it. Israel can’t just pack up a launcher and interceptors and ship them.

Any deal to provide Iron Dome to Ukraine would be a deal made or approved by the United States. And apparently, President Biden isn’t moving in that direction.

The third question: Is Zelenskyy being Jewish relevant?

As I mentioned above, the fact that Zelenskyy is a Jew is no different than me being a Jew. He is a foreigner in Israel, and the head of state of a foreign nation asking Israel for help in a war. Israel doesn’t fight foreign wars. Its security needs are local and focused on its own survival. If Israel was in a war, would the fact that Zelenskyy is a Jew mean that Ukraine has to aid Israel militarily? Would the world condemn Ukraine for not joining Israel? That’s very doubtful.

In fact, I doubt Ukrainians, if the situation was reversed, would be particularly sensitive to the plight of the Jewish State, given their own history. I think it’s near miraculous that the country that in 1941 was the home to the largest Jewish population in Europe, having 1.5 million killed during the Holocaust, elected a Jew as its president.

Zelenskyy’s reference to Babyn Yar, the site of the massacre of 33,771 Jews from Kyiv, was particularly provocative. Jews around the world remember—never forget!—what happened in Kyiv. There are still Jews in Ukraine, albeit a much smaller number. Israel has taken in thousands of refugees, and is willing to take in more. But what should Israel do? Send in the Sayeret Matkal special forces to Mariupol like it was Entebbe? It’s not Entebbe.

Another complication is the Russian oligarchs. Roman Abramovich, Putin’s Number One billionaire, is also a Jew, and an Israeli citizen. Abramovich, who is under censure by the West, his assets seized, his long-held Chelsea Football Club in the U.K. removed from his management, his yacht, jets and bank accounts mostly frozen, has broken no laws in Israel. He in fact has more rights in Israel as a citizen than Zelenskyy does as a foreign head of state.

Abramovich’s jet was reportedly seen in Israel on its way to Turkey last week. How should Israel deal with the fact that both the head of state of the invaded country and the bestest buddy of the invader are both Jews? Does Israel have to resolve every global issue involving Jews? Though, yes, it’s complicated, I think the answer is no. Zelenskyy’s Jewishness is not very relevant to his request for Israel to put itself on the line against Russia. As some Israelis saw it, “hitting below the belt.”

Jews—Israeli and non-Israeli—disagree on how Israel should respond to Zelenskyy’s plea and sharp criticism. There are as many opinions as there are mouths, which is typical in issues among Jews. The Israeli I spoke with today said Israel could and should do more. (I was also advised not to read so many Israeli newspapers—but how else can I get opinions?) But how much more can Israel reasonably do? And how can Israel do it, because, as we realize wading through this, it’s complicated.