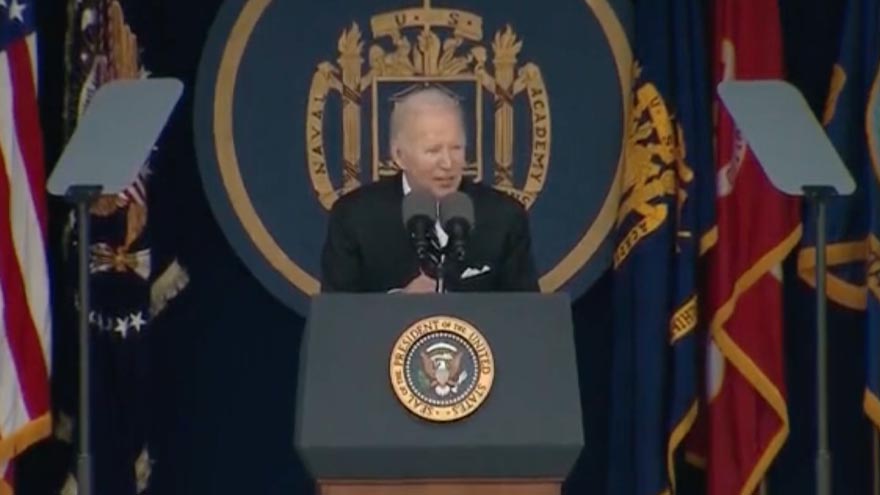 President Biden confused millions of Americans over the weekend when he claimed to be “appointed” to the US Naval Academy in 1965 for the first time.

“He was a fine man. His name is J. Caleb Boggs,” the president explained. “I didn’t come to the academy because I wanted to be a football star. And you had a guy named [Roger] Staubach and [Joe] Bellino here. So I went to Delaware.”

“But all kidding aside,” Biden continued on Friday, “the best line of the debate was after it’s all over, the announcer, the questioner — who was a good guy, but supported my opponent, who was a good man as well, I might add — and he said, ‘Sen. Boggs, is there anything else you want to say?’ And he said, ‘Yes, just one thing.’ And he took the microphone. He said, ‘You know, Joe, if you accepted my commission to the — my appointment to the academy,’ he said, ‘you’d still have one year and three months’ active duty and I’d have no problems right now.’”

“I did not see that part of the speech,” later claimed the White House Press Secretary.

Listen to Biden’s comments above.