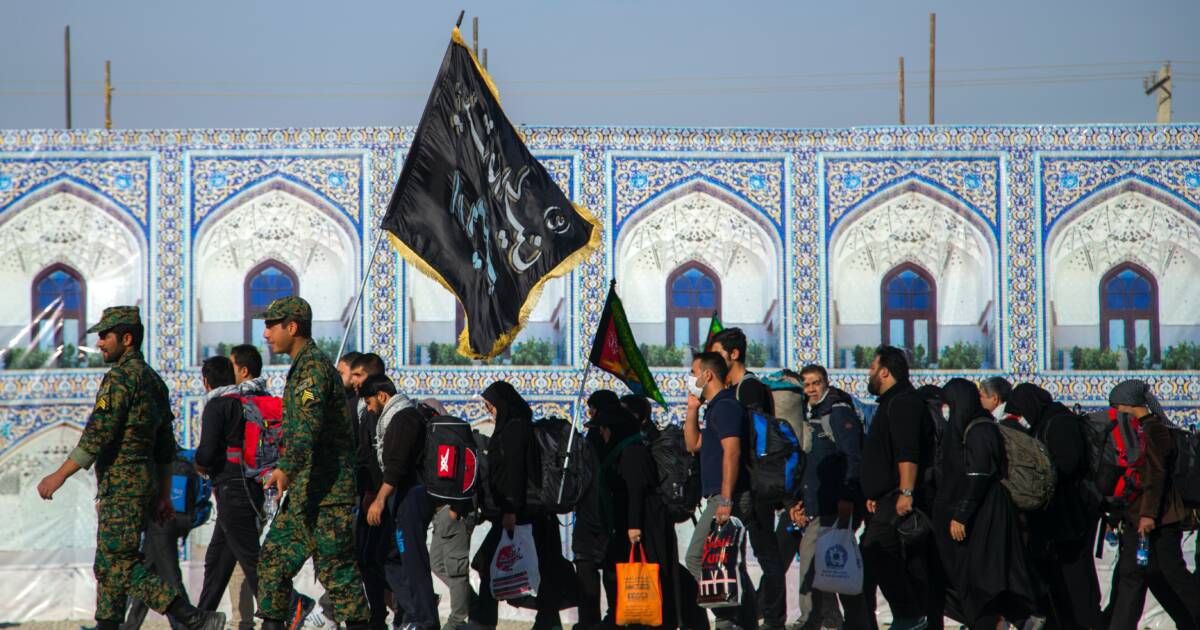 Israel is in a delicate dance with Russia, while Russia shares the dance floor with Iran. According to the Times of Israel, Iran’s foreign minister says an agreement with the U.S. is “close.”

Moscow is hosting meetings with Iranian officials, as the official conferences in Vienna have broken down in the wake of massive sanctions against Russia. The Russians have played go-between in those negotiations, since the U.S. and Iran don’t talk directly through official channels.

Iran’s main demand is to remove the its Islamic Revolutionary Guard from the U.S. terror organization list. So far, Washington has signaled the Biden administration is unwilling to concede that point. Let me add the obligatory “yet.”

In pursuit of reviving the dead JCPOA, from which the former President Donald Trump removed the U.S., the Biden White House has made concession after concession, making this deal even weaker than the 2015 version that President Obama inked. Obama refused to even try to get the Senate to ratify it and declared victory when Senate Democrats blocked Republicans from banning the deal entirely, but that’s a far cry from ratification.

Russia has a major stake in Iranian nuclear facilities. The renewed JCPOA fails to address Moscow’s ability to build nuclear plants in Iran, which it is not barred from doing even with the Ukraine sanctions in place. China has a 25-year, $400 billion deal with Iran—a “strategic partnership.” The New York Times’ Bret Stephens questioned Secretary of State Anthony Blinken’s “longer and stronger” description of the new agreement.

Reaching a kick-the-can-down-the-road agreement may seem like a diplomatic victory to the State Department. But it’s a strategic defeat when it does little more than delay a crisis for the future in exchange for strengthening our adversaries in the present.

This is all assuming that Iran, China and Russia will keep the terms of any new JCPOA and hold Tehran accountable. Looking at these three and their commitments to holding agreements, that’s almost laughable. Biden is telling the world he believes liars, bullies and cheats and we can deal with them as equals at the negotiating table. Nobody is buying it.

As for Israel, a nuclear-armed Iran would be potentially catastrophic. It doesn’t matter that Israel likely has a few score nuclear weapons, and delivery systems to go with them. Even if Israel was able to decimate Tehran, the mullahs believe it would be worth it to see the Jewish state perish in a sea of fire. One nuclear strike against Tel Aviv would be a catastrophe for Israel, while Iran cannot be destroyed due to its immense size. Iran is around 17% the size of the U.S.; it would stretch from Oregon to Texas. Israel, in toto, is the size of New Jersey, about a third of it is desert, and at its narrowest, just 10km (6.2 miles) across.

Add to that the Iranian Revolutionary Guard operates in Syria and controls southern Lebanon. It has armed Hizbollah, the sword enemy of Israel, with thousands of advanced rockets. Only Israel’s understanding with Russia, and its satisfactory relationship with the butcher Vladimir Putin, saves it from direct conflict with Russian troops. When Israel needs to conduct an operation in Syria, the Russians get advance notice, and the S-400 anti-aircraft systems stand down.

The delicate balance of power has hemmed Israel in regarding Russia and Ukraine. While 600 companies have withdrawn from Russia, many Israeli firms continue to operate there—though many are considering withdrawal or suspension of their business.

The Israeli government, fearing a backlash from the Kremlin, in the last few years blocked sale of its Pegasus spyware—that allows hacking of mobile phones—to Ukraine and Estonia. While Israeli firms are horrified by Putin’s actions, the government cannot afford to completely take sides. This is mainly because of Iran.

If Biden concedes on the last point—removing the IRG from the U.S. terror list—or if Iran softens its stance and the deal goes through, it will weaken Israel’s position, strengthen Russia, and the shockwaves will ripple through the entire Middle East. Saudi Arabia and the UAE, now aligned with Israel against Iran, and miffed at Biden’s snub of the Saudi crown prince over the murder of journalist Jamal Khashoggi, would find themselves searching for new alliances. This could open the door to China, which has a “functional” but warming relationship with the Saudi kingdom.

Biden’s commitment to see his former president’s vision for the Middle East through will actually destabilize the region, give Russia a free hand to bully Israel, allow China to build on its relationships with what should be U.S. allies in the Arab world, and make the U.S. look hopelessly weak. If Biden wants to lessen the chance of nuclear war, the JCPOA is the opposite of how to do it.

Iran must never have nuclear weapons. The JCPOA not only doesn’t acknowledge that fact, but it actually makes it almost a certainty. Instead of pursuing resurrection of bad, dead deals, Biden should be tightening the screws on Russia, blocking China’s influence, building relationships with our Arab allies, empowering Israel to stand up to Russia and Iran, and putting America’s footprint squarely on the Middle East, where we’ve been the stabilizing force since the end of World War II.

It’s truly troubling to see the Iranian foreign minister trying to make the deal almost done. Hinging it on removing the IRG from the U.S. terror list, just so we will object, then they can agree to move forward without that provision, is exactly what the mullahs in Tehran want. It doesn’t matter what the agreement says, because Russia, Iran, and China aren’t going to honor it. Why that simple fact won’t penetrate the skulls running Biden’s foreign policy is beyond me.