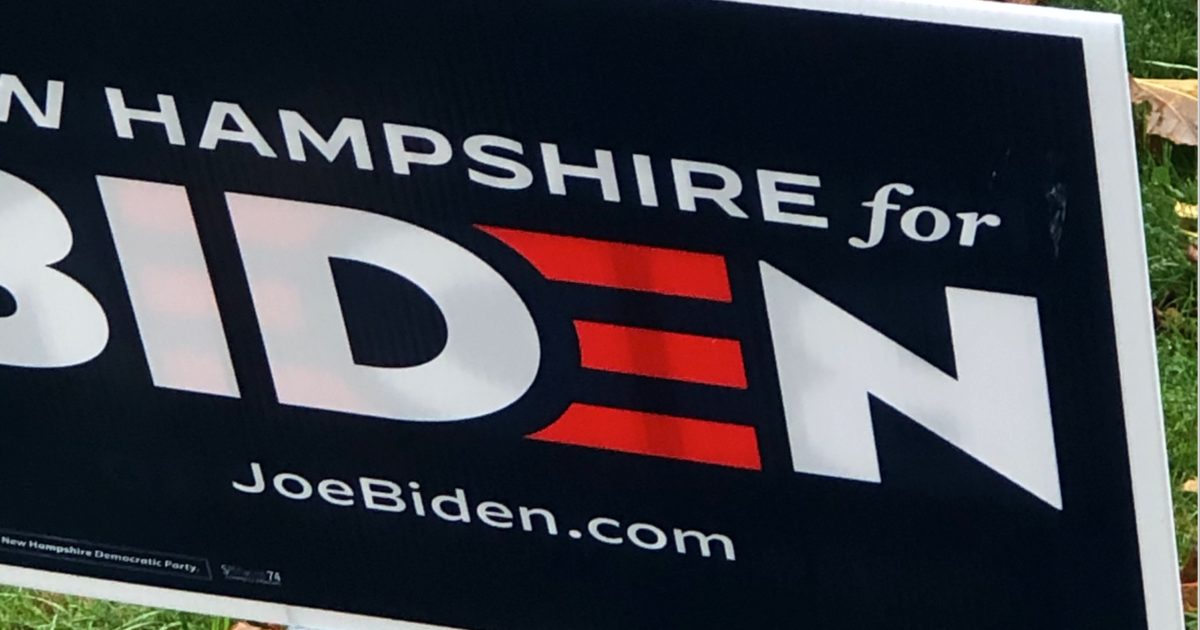 I don’t believe the Hunter Biden coverup story. I also don’t believe President Trump is heading for a landslide loss to Joe Biden. I don’t believe any of the media reports anymore because they’re all in service of a narrative.

The polls show that Georgia is now a battleground state, with Biden up between 1 and 7 points. But the polls are almost always skewed 2 or 3 points toward the Democrats. And in the home stretch, Trump has momentum.

Since COVID-19 turned this election into a king-size mess, Democrats have wisely adopted a strategy of letting Trump launch himself into the sun, by remaining invisible. No door-to-door canvassing. No candidate visibility. Keep Joe Biden away from cameras and away from any remotely challenging questions. Make sure Trump consumes all the media, and let Americans bathe in his exhausting presence.

Meanwhile, Republicans have earnestly engaged in old fashioned shoe-leather politics, with door knockers, endlessly despicable text messages, and robocalls that will burn up your burner phone. Everything Trump does is driving turnout among his base, or among those who are even the slightest bit open to voting for him.

While this might seem counterintuitive to people like Frank Luntz, who has made a career of focus groups and polling for Republicans, it feels like a horse race, and that Trump is much closer to the finish line than the media is loudly amplifying. The pundits are blowing it again.

“It is the worst campaign I’ve ever seen and I’ve been watching them since 1980,” he said, according to The Hill, adding that Trump’s advisers have “their heads up their a–es” if they think Hunter Biden allegations will win them the race.

Luntz is all wet. It’s not the Biden allegations that will help Trump win anything. It’s the reminder of how the media that clips clothespins to its nose on the Hunter Biden story has, for years, pushed the Trump Russia story concocted by Christopher Steele and Fusion GPS, paid for by Hillary Clinton and the DNC’s Perkins Coie law firm. The fact that Democrats are so much better at propaganda and media manipulation than Rudy Giuliani is not a point in favor of Joe Biden.

In reality, Donald Trump’s gut campaign is much subtler than the reactionary media gives credit for. He’s levels past them, reminding his base of the last four (or five) years of the media first giving him room to run, then piling every possible sin on his head, promoting every leak, every anonymously sourced report, every word in or out of context, as a “the beginning of the end” or “the walls are closing in” bombshell.

Joe Biden has no momentum, and he has no base. Biden is a potted plant, a marker for “not Trump.” There’s no enthusiasm for Biden. Ask any Biden voter with a yard sign why they want Joe Biden, versus, say, any other Democrat. If you earnestly engage and avoid getting into a name-calling contest, you’ll hear that Biden isn’t Donald Trump, that he’s going to restore some version of “normalcy” to American politics. If you ask what that means, and if a 47-year career politician who spouts more bull crap than a fertilizer factory is the “normal” they want, you’ll be redirected back to “not Trump.”

Yet the folks who run the Democratic Party think that anyone who doesn’t want Trump simply must vote for Joe Biden. They want a binary race, but staying home, or writing in Ronald Reagan is not an option for disaffected Republicans, they say. Occasionally, they might even worry with their outside voice that they lack the ability to win.

There very well may be a silent–or, rather, silenced–majority out there. The media would have you believe that all Trump supporters are QAnon (some are, and they have the right to believe all their tin-foil hat lunacy, just like Greta Thunberg believers can unapologetically wear “the end is near” sandwich boards) or outright racists. But most people who don’t live on Twitter are decent souls, and would rather take down their Trump flags than go to war with their Biden-voter neighbors. But their votes will go to Trump.

They won’t vote that way because they all believe Donald Trump is God’s choice, or a some savior rode in on a golden horse to Make America Great Again™ or to Keep America Great™. They will vote for Trump because they know the taste of bull crap when it’s being force fed to them.

A better man than Joe Biden would have simply owned up to it and moved past it. But Joe Biden is a typical politician of the Rhododendron ferrugineum variety. You don’t have to be a Trump train traveler to understand that Biden is not the answer, and that the shrill sky-screaming we’re hearing that we must love Biden is nothing more than a typical political trick.

None of this means I think you should vote for Trump. But it does mean lots of people will vote for Trump because they see through the fake self-righteousness of the media and the Democrats. Trump can be repulsive on his own terms, but he doesn’t pretend he’s not pretending.

Every time Trump gives a rally, or sits in a too-small chair without complaint during a slanted town hall, while giving rational and comfortable answers, he is closing in the home stretch of this horse race. And Joe Biden is diminishing by disappearing.

This election, I am convinced, will be decided on Election Day, by people physically going to the polls. Don’t be surprised if the horse closing on the leader passes wins it by a nose.