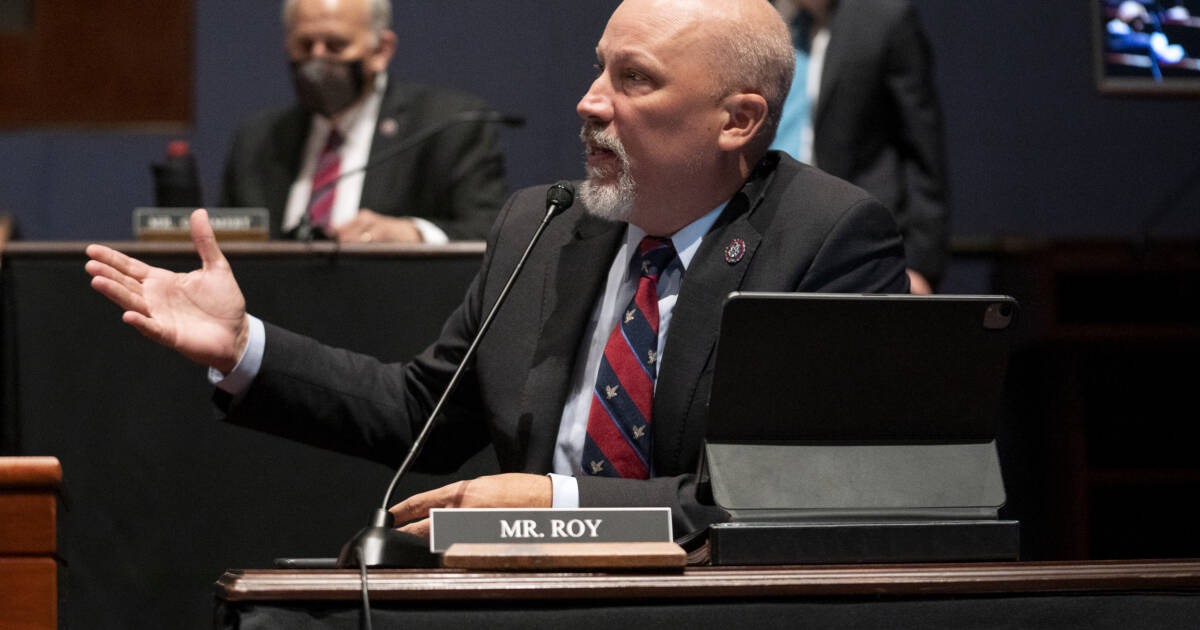 Rep. Chip Roy (R-TX) is calling for the impeachment of Secretary of the Department of Homeland Security Alejandro Mayorkas. Roy says Mayorkas must go for refusing to secure the southern border. In a letter to his fellow GOP House members, Roy says “enough is enough.”

“…the border of the United States is more dangerous, broken, and unsecure than ever. It demands our immediate attention and collective call for the impeachment of the Secretary of the Department of Homeland Security, Alejandro Nicholas Mayorkas.”

The U.S. Senate confirmed Secretary Mayorkas just over one year ago & he subsequently took an oath to “support and defend the Constitution of the United States against all enemies, foreign and domestic” and to “well and faithfully discharge the duties of the office.” Yet, following the orders of President Biden or acting on his own – he has embarked on the purposeful abandonment of the laws of the United States and the successful policies of the previous administration to secure our borders and protect our people.

His actions have resulted in the death and endangerment of Americans, damage to property and communities across the border, loss of operational control of our border to dangerous cartels imprisoning thousands of migrants sold into human trafficking, and the fueling of deadly drug poisonings of thousands of Americans.

It is most certainly a “high crime or misdemeanor” for a public officer to purposefully endanger Americans while willfully ignoring one’s oath to enforce our laws. Impeaching Secretary Mayorkas is our duty. We should call for it now – despite Democrat control of the House – and make the case for immediate border security better than any speeches we can give or bills we can introduce.

U.S. Customs and Border Protection logged more than 2 million migrant encounters last year; there were 164,973 logged last month, up from the month prior.

Rep. Chip Roy (R-TX) spoke out on Tuesday against the influx of migrants crossing into Texas via the southern border; Roy says it’s time to call it what it is —an invasion. “We should declare an INVASION. We should, as Texas, turn people AWAY, and do what is necessary to secure our communities,” Roy said …