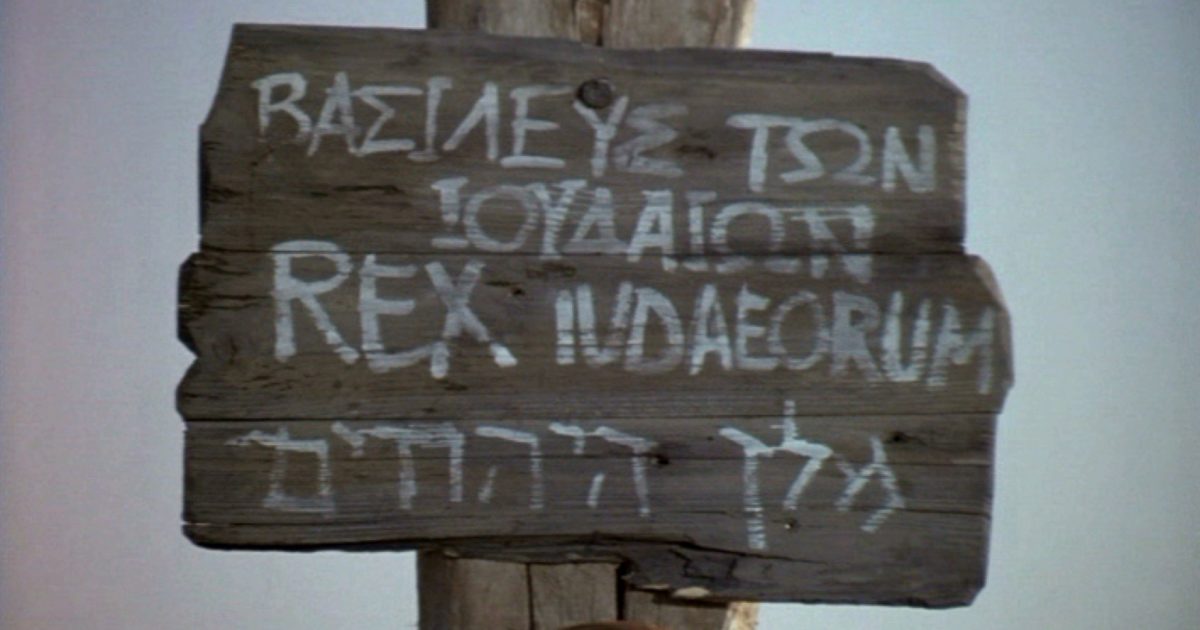 Newly elected Rep. Madison Cawthorn is a young, faith-filled Christian. He’s a goy, a Gentile, who grew up in the south, in church. He has tried to “witness” (a Christian term for persuading someone to convert to Christianity) to Jews and had a hard time. Decent people know that we should just give him a break. Of course, some far-left media outrage hounds are doing just the opposite. Read on and you’ll see where a particularly sour MSNBC host took it.

The Jewish Telegraphic Agency published a short write-up of an interview the young Congressman gave to Jewish Insider. While both articles mentioned Hitler–of course, because that’s waving a red flag in front of Jews–the JTA version led with the reference to Cawthorn’s selfie taken at Hitler’s vacation retreat in the first sentence.

Jeffrey Goldberg, editor in chief of The Atlantic, made sure we all saw the JTA version.

For most Christians like Cawthorn, telling Jews about Jesus is like stepping in a bear trap, or trying to teach Korean to a Frenchman, when you don’t know either language. Jews and Christians literally speak different languages and hear each other differently when it comes to faith.

The Christian means to extend the grace of Christ. The Jew hears an inquisitor.

Cawthorn doesn’t fully understand the deep chasm between language, meaning, and intent between Jews and Christians. For him, I’d recommend reading the excellent book “Our Hands are Stained with Blood,” by Jewish believer Dr. Michael Brown. It takes a very special Christian, with specific training and understanding, to witness to Jews, especially Orthodox Jews.

I know. I was Bar Mitzvah’d in an Orthodox synagogue, though we were never very religious Jews. I came to Christ at 34 years of age, when Christians encouraged me to go to shul after I had a supernatural encounter with God. I went, and on my own, struggling for months against it, I found Christ.

My assumption is that they wouldn’t be very good Christians if they weren’t spreading the Gospel of Jesus Christ. It is, from what I gather, one of the central premises of the entire enterprise. To be honest, I’m often surprised at how shy Christians are at performing this task.

The New Testament is very clear that Christians should do this. Jews are extraordinarily resistant to it. I was, for years. And I understand that certain words, language, and mannerisms of the church, among the young, southern, evangelical crowd (“Jewish blood in your veins…”) are quite triggering and even insulting to some Jews.

If Madison Cawthorn is anti-Semitic for doing what the Bible says to do, then the New Testament itself is anti-Semitic. I used to think it was exactly that, until I read it.

But even if Jews don’t read it, or read it and reject it, give Cawthorn a break. He’s only doing what more Christians should be doing.

MSNBC’s Chris Hayes showed no grace at all. He took the bait, hook and sinker, and went for the Hitler reference.

Hayes didn’t stop there. He got political about it.

“In all seriousness, this is a really anti-Semitic thing to say,” Hayes added. “It’s like the original anti-Semitic thing to say and doesn’t rely on any codes or tropes. And the entire GOP should condemn it. But of course they won’t, and I’m willing to bet it gets 1/20th of the coverage of Omar’s tweet? And this speaks to something pretty profound about how the two parties are viewed and whose ‘extremism’ gets attention.”

What’s political about a Christian attempting to share the Gospel with non-believers, whether they are Jewish, Muslim, atheist, or Zoroastrian? Apparently, just being a New Testament-believing Christian is anti-Semitic to Hayes, who, by the way, is the very Catholic child of an Italian mother and an Irish father.

If Hayes read the history of the persecution of the Jews before spouting off about the original anti-Semites, he’d learn that Catholics played a huge part in the worst chapters. He should deal with the plank in his own eye before pointing out the speck in Cawthorn’s.