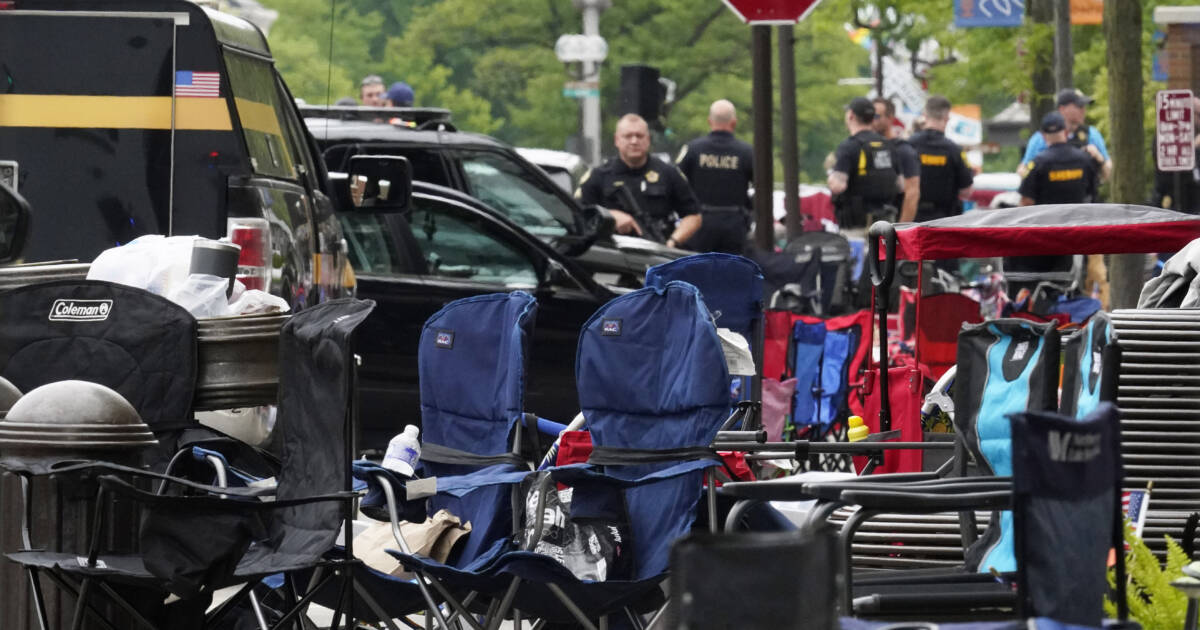 At least 6 are dead and 30 hospitalized after a mass shooting during Monday’s Independence Day parade celebration in Highland Park, IL. Authorities have arrested 22-year old suspect and amateur rapper Robert “Bobby” E. Crimo III, who fired on the parade from a rooftop.

According to the New York Post, “[t]he gunman had turned the parade route filled with families into a ‘battle zone’ within seconds — picking off the innocent Independence Day revelers with a ‘high-powered rifle’ pumping out rapid-fire shots shortly after 10 a.m., authorities and witnesses said.”

“He was very military-style, methodical in the way he was crouched and shooting,’’ a parade-goer told WGN-TV.

“Footage from the scene showed hundreds of parade-goers — some visibly bloodied — fleeing the route as the gunshots rang out just 10 minutes after the event began,” the Post report adds.

“I grabbed my dad and started running,” Zoe Pawelczak told CNN of the moment she realized something was wrong.

“I looked back, probably 20 feet away from me, I saw a girl shot and killed. Saw her die. I’ve never seen anything like this.”

“According to reports, the suspect had a YouTube page under the handle ‘Awake the Rapper.’ One video that has raised Twitter users’ eyebrows shows a pencil drawing of a person gunning down a crowd in between a montage of shots featuring the suspect backed by cinematic-like music,” the Daily Wire reports.