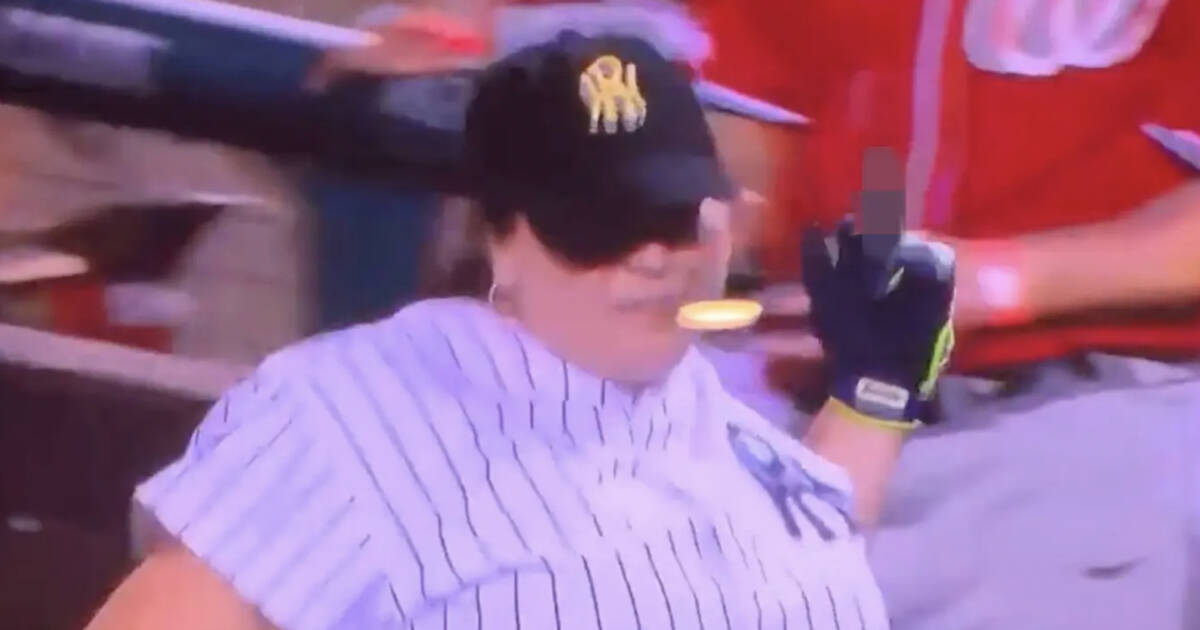 Democrats got blown out by Republicans in the annual congressional baseball game on Thursday; the Elephants stomped the Donkeys 10-0. One Democrat player, Rep. Linda Sanchez, didn’t take it well.

While being pulled out for a pinch runner in the bottom of the 6th inning, Golden State Rep. Sanchez flipped off the GOP bench on her way to the dugout. Watch the clip below.

The Republican team was leading 5-0 in the bottom of the sixth inning when Sanchez drew a leadoff walk. As she hustled back to the Democratic dugout on the third-base line at Nationals Park, the lawmaker turned her head toward the GOP bench on the first-base side, then raised her left hand and made the offensive gesture without breaking stride.

It’s unclear if something was said to Sanchez that prompted her to show Republicans the bird. Her office did not immediately respond to requests for comment.

The GOP went on to win the seven-inning contest 10-0 in what Democrats must hope won’t be a preview of this fall’s midterm elections.

The dominant GOP performance may be a sign of things to come in this November’s elections.