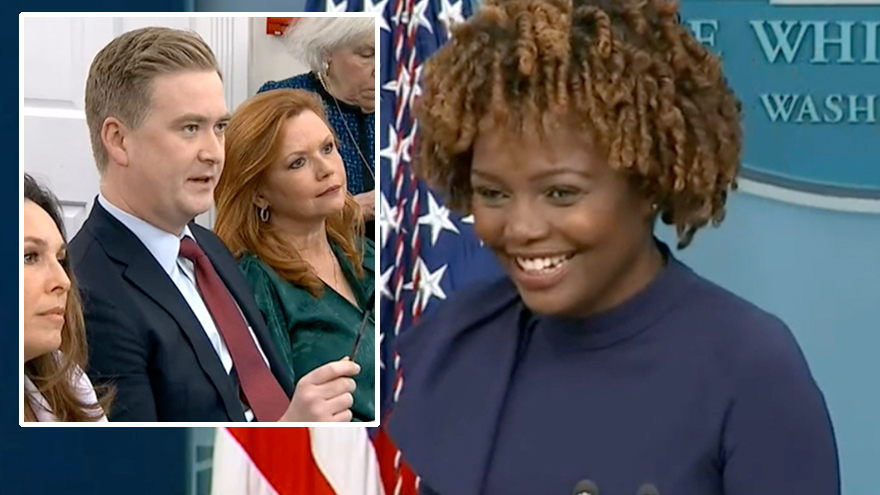 It was a rare moment of levity in the White House Press Briefing room as reporters pressed White House Press Secretary Karine Jean-Pierre on the latest batch of classified documents found in the Delaware home of President Joe Biden. Fox News Peter Doocy asked Jean-Pierre a question she didn’t appear t be ready for.

Watch the hilarious moment below:

“When you found out that the FBI located even more Classified Materials in Wilmington, which four letter word did you use?” Doocy asked Jean-Pierre. The press briefing room, including Jean-Pierre, erupted in laughter.

The FBI found more classified documents at the Delaware, home of President Joe Biden during a search on Friday that lasted approximately 13 hours. In a statement, Biden’s personal lawyer Bob Bauer said the Department of Justice seized “six items consisting of documents with classification markings and surrounding material.”

During Monday’s White House press conference, press secretary Karine Jean-Pierre was questioned about Biden’s recent “no more drilling” claim —a comment made after his rally to support Kathy Hochul. “No more drilling,” Biden said to a climate protester.  After the protester continued to shout, Biden shot back, sounding annoyed: “There is no more drilling. I …