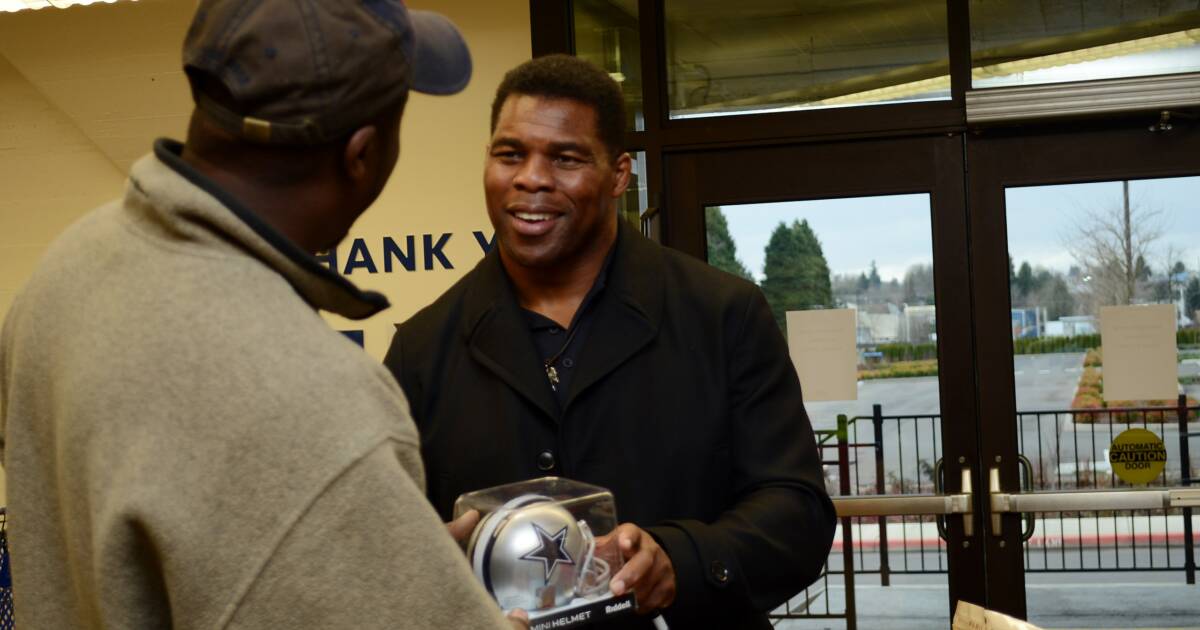 The long-expected launch of Georgia football legend Herschel Walker’s campaign for the U.S. Senate has arrived.

Walker, who has been endorsed by and photographed with former President Donald Trump, comes into the race at a time when the Democrats are fractured over Afghanistan, President Joe Biden’s approval numbers are tanking, and Republicans want to capitalize on the chaos.

The thing is, as much as Walker’s candidacy represents a king-maker moment for Donald Trump and his influence in the GOP, there’s a bigger element at play here.

Herschel Walker is a genuine nice guy. There’s no fakery here. I’ve never heard a single report of Walker being anything but a gentleman: courteous, respectful, prepared, on-time, humble, and empathetic. A person like that, with Walker’s massive name recognition and almost sainthood status among native Georgians, could overcome the incumbent advantage that Sen. Raphael Warnock enjoys.

Remember, Warnock’s pedigree comes from being a Black advocate for racial justice, as a former occupant of Dr. Martin Luther King’s pulpit. But Warnock hasn’t really distinguished himself in the Senate, so he’s vulnerable. First, there hasn’t been time for Warnock to build any kind of legacy.

He took over from Kelly Loeffler, who was appointed by Gov. Brian Kemp. Loeffler took over Johnny Isakson’s term when he resigned due to health reasons. Warnock barely beat Loeffler in the January 6th runoff, after a complicated “jungle election,” eschewing party primaries, in November 2020. The main driver in Warnock’s victory was Trump’s harping on the “stolen election” narrative and literally encouraging Republican voters to stay home.

Isakson’s original term ends in 2022, which means Warnock had to immediately run again, with little time to do much in the Senate, so he has spent a lot of time in Georgia, touring places and basically campaigning.

The latest phone poll taken in early August by Public Policy Polling, has Biden’s job approval at 46 percent, and disapproval at 48 percent, with a 3 percent Democrat lean. Only 28 percent answered they had an unfavorable opinion of Herschel Walker, but split 43/42 percent on Warnock’s performance in office. Warnock has a 2 point lead in that poll over Walker, but Democrats tend to lean 3 points in these polls, so it’s really even.

The main effect of Walker’s entry may be to push other Republican candidates, like Gary Black (who is currently serving as Commissioner of Agriculture), out of the race. It’s clear that this is going to be a two-man contest, between two Black candidates, one a former preacher, and the other a beloved football star. Politics sometimes comes down to personality, and this race will almost surely fall into that category.

What Herschel Walker has going for him is that he’s a really nice guy, well spoken. He also has the Democrats going through a huge fire drill right now. In football parlance, Walker has a lane, and he has the ball. He definitely has a shot, at this point. Remember, it’s not necessarily about policy; it’s about voters exercising their voice to express their will, and all those GOP Biden crossover voters want the Senate to be firmly in their party’s control.

All that, plus, sometimes, nice guys don’t finish last.