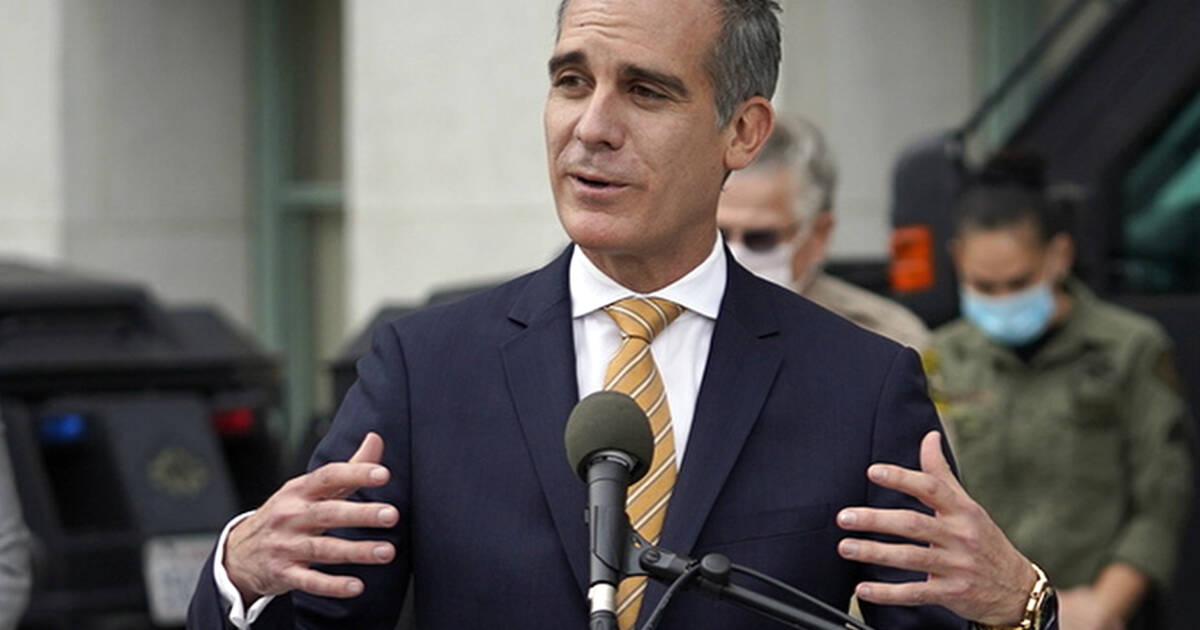 How far are the democratic leaders of our most liberal cities willing to go with this nonsense?

According to the Daily Wire, Los Angeles Mayor Eric Garcetti says he was “holding his breath” in his maskless photographs taken at SoFi Stadiu —a venue that requires masks indoors and outdoors during events with more than 5,000 people.

Asked about photos of him maskless with Laker legend Magic Johnson, Garcetti said, “I’ll take personal responsibility, and if it makes you and everyone else happy — or even the photographs with people where literally I’m holding my breath for two seconds — I won’t even do that.”

“I wore my mask the entire game,” Garcetti protested. “When people ask for a photograph, I hold my breath and I put it here and people can see that. There is a zero percent chance of infection from that.”

He added, “I won’t pull it down for two seconds anymore — that’s easy. But to me, it is crystal clear that nobody has been endangered by that and I’m trying to model the good behavior of making sure we wear this (for the) entire game,” The Daily Mail noted.