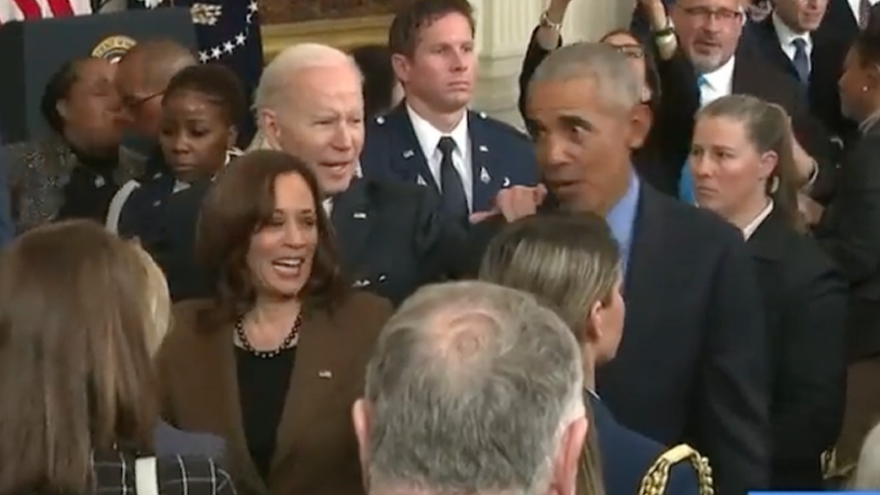 The footage shows a massive crowd gathering the former President as Biden walked aimlessly through the room.

The moment occurred after former President Barack Obama referred to Joe as the “Vice President.”

“Coming back, even if I have to wear a tie, which i very rarely do these days, give me a chance to visit with some of the incredible people who serve this White House and who serve this country every single day,” explained Obama.