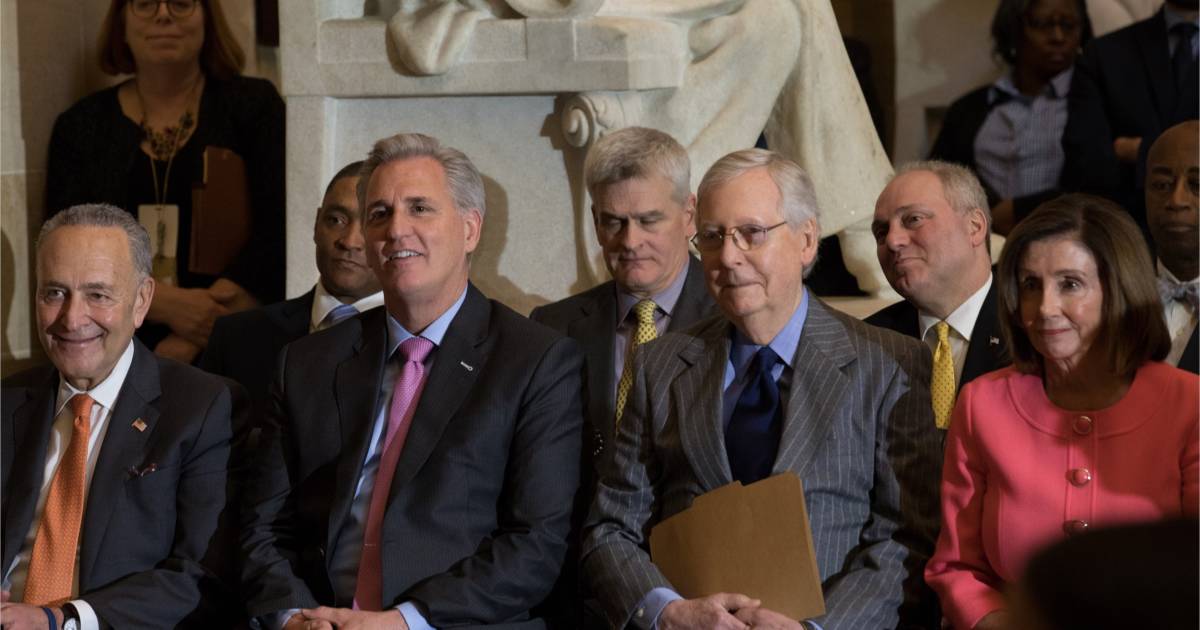 Most pundits, never mind voters, have not read the version of H.R. 1 that passed the House of Representatives, and now lays before the Senate. I understand the impulse that Minority Leader Mitch McConnell feels to filibuster this thing into oblivion, counting on Sens. Krysten Sinema and Joe Manchin to preserve his minority power.

The bill won’t pass unless Sen. Joe Manchin votes for it, and he’s on record saying he won’t, at least not the version the House passed.

I believe that partisan voting legislation will destroy the already weakening binds of our democracy, and for that reason, I will vote against the For the People Act. Furthermore, I will not vote to weaken or eliminate the filibuster. For as long as I have the privilege of being your U.S. senator, I will fight to represent the people of West Virginia, to seek bipartisan compromise no matter how difficult and to develop the political bonds that end divisions and help unite the country we love.

What’s the worst outcome here? That some Republican might defect and hand Democrats the bill? That’s not going to happen.

H.R.1 is no “worse” than Georgia’s election reform act that Gov. Brian Kemp signed, which sent the liberal universe spinning into apoplectic hysteria, moving the MLB All Star Game to Denver, such a racially diverse melting pot (excuse the pun).

Georgia’s voting bill requires at least 9 a.m. to 5 p.m. (8 hours), but up to 12 hours starting at 7 a.m. Under H.R.1, most Georgia counties would qualify without making any significant changes.

Sen. Manchin has offered his own version, which Stacey Abrams, fantasy league governor of Georgia, has endorsed. In a memo circulated among Democrats, which POLITICO obtained and published, Manchin outlines some quite reasonable changes that most Republicans should be able to live with.

One idea I embrace is making Election Day a public holiday (except for the USPS, I presume). I think voters should have a day off to vote. Then all the brouhaha about lines would be less strident. It wouldn’t force businesses to close—I mean Walmart is open practically all day on Thanksgiving Day now.

The rest of Manchin’s ideas, though I don’t agree with all of them, are certainly worth reasonable debate. If enough Democrats come on board and move the needle, why bother using the filibuster?

The Washington Post’s editorial board has predictably advocated smashing the filibuster if Republicans use it as intended, to stop legislation that the minority party refuses to support. But they give an out with Manchin’s proposal.

Mr. Manchin’s reforms deserve a full hearing and an up-or-down vote. If his proposal does not get its due, Democrats should consider reforming the filibuster. There is no shortage of ideas about how to adjust the procedural maneuver without abolishing it, such as demanding that minority senators show up to sustain their filibusters; requiring three-fifths of present and voting senators to end a filibuster, rather than three-fifths of all senators; or reducing the number of votes needed to overcome filibusters. These are just a few possibilities.

I find myself in the awkward position of agreeing with the Washington Post’s editorial board, but not about how to clip the filibuster’s wings. WaPo is telegraphing the Democrats plans here, though Manchin and Sinema are probably not having it.

H.R.1 is a trap for Republicans to show how they can’t be bargained with. McConnell should spring it back on them by allowing debate, allowing an up-or-down vote on Manchin’s reforms, and if they pass, throw them back at the House in conference. Let Speaker Nancy Pelosi be the unreasonable one.

The House will grandstand and huff and moan, and probably not come to agreement. H.R.1 will probably die. It won’t pass the Senate as-is, and the House probably won’t agree to Manchin’s reforms. Why should McConnell waste a filibuster attempt, which is what Democrats want him to do, when it’s not needed?

And what’s the worst outcome? That Manchin’s version will pass, and federal law will require states to do what Georgia—a Republican legislature—has already done.

Senate Republicans: Don’t fall for the trap. You’ve been given a gift, so take it.