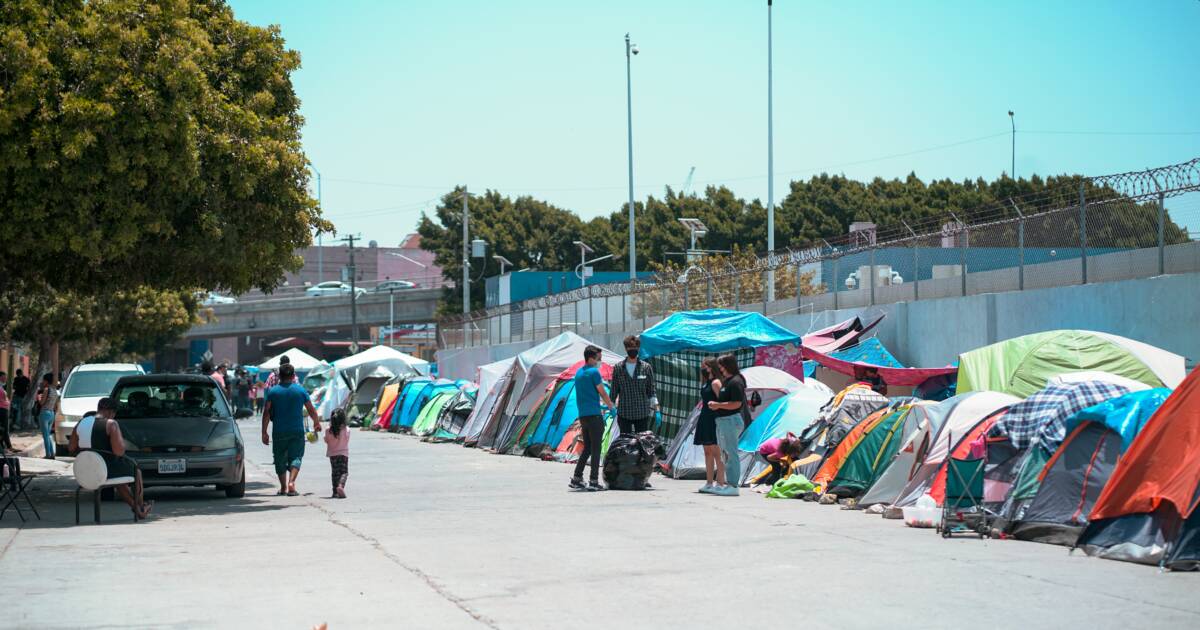 Fifty migrants arrived in the haut monde enclave of Martha’s Vinyard, off the coast of Cape Cod last week. They were sent there by Florida Republican Gov. Ron DeSantis on two chartered planes, paid for by $12 million allocated by the legislature in a bipartisan budget “to facilitate the transport of unauthorized aliens out of Florida.” Mass Gov. Charlie Baker (a Republican) activated the National Guard, calling up 125 members to help care for the migrants.

It was a stupid political stunt, similar to the buses Texas Gov. Greg Abbott (also a Republican) has been sending to “sanctuaries” such as New York City that pledge to resist cooperation with federal authorities in deporting illegal immigrants. But maybe I’m being too harsh calling the stunt “stupid,” because it brings into focus exactly what’s happening in our southern border.

Congress has kicked the immigration can down the road since 1986 when it passed the Immigration Reform and Control Act. Then-Sen. Joe Biden voted “yea” on that that bill, which President Ronald Reagan signed into law. Now our southern border has become a problem, while Democrat-led cities refuse to criticize the Biden administration’s indolence on immigration policy.

Instead, Democrats want to focus on war—with the Republican Party. Freelance reporter Jill Lawrence concluded that fire and brimstone were the only options available to prevent the Trumpist GOP from destroying America. In a USA Today op-ed, Lawrence wrote:

A MAGA-driven America is a grim prospect. Would future Republican candidates admit defeat if they lost, or would they make sure, through legislation and manipulation, that they’d win? Would they cement minority rule and further restrict fundamental rights like voting and abortion?

Her solution is that no Republican, ever, should receive a single vote until all of MAGA is purged. Lawrence condemned the GOP at every level of government: “the Republican Party is on a dark path and should not hold power anywhere until it comes back into the light.” Given the footing of the DOJ, which is now going after the MyPillow guy as a master conspiracist, I think this is where Democrats’ heads are at.

(I won’t say much about Mike Lindell other than his ethical stance appears to allow much latitude for falsehoods as long as it makes him money. Thus he’s a perfect fit in Trumpworld. I wouldn’t buy anything from him.)

I’ve predicted the death of the GOP by Trump’s hand for six years. The fact that it’s still alive, with Trump possessing something like $103 million of Republican donors’ money in his own personal slush fund, is amazing to me. But drained of that cash (which will be used to pay Trump’s legal fees and loan calls), the GOP will stumble on with a cast of hucksters like Dr. Oz, crazed former military like Don Bolduc, and faded sports stars like Herschel Walker. Some of these will win, propelling Republicans into the majority, possibly in both houses of Congress.

Chaos will ensue, as the news and the justice folks will fire scandal after scandal, along with subpoenas and indictments to further tarnish Republicans until the November 2024 election. I can’t predict what will happen, but I think at some point the scam that the GOP had become will reach fruition and voters will be mad. They’re already mad, which is why the circus crew wins elections.

Is the Trump-MAGA threat real? Well, yes. If Trump got back into office, it would be terrible. While I think he’ll run, I don’t see him winning. He can’t spend his own war chest on his election campaign, but he can “trade” with other candidates for in-kind donations. Unlike Ms. Lawrence, I think the best way to deal with the GOP is to starve candidates of money and donations, while voting for the best candidate without regard to party. It takes longer, but the results are better. I don’t trust Democrats to protect our rights any more than I trust Trump (and in some cases, less).

I do blame President Joe Biden. He is possibly the most passive president ever, not assiduously passive like Calvin Coolidge, but in an ennui distracted way like Franklin Pierce. Biden’s inaction, combined with his gaffes, could rope America into some dangerous situations, like shooting wars.

Biden told “60 Minutes” that America would defend Taiwan militarily if China invaded. I don’t see how the president who has drawn bright lines in Ukraine so as to not provoke Russia can then provoke China, which has been doubling its nuclear arsenal every decade. The PRC may soon have more ICBMs than the U.S.

The White House is continually forced to walk back Biden as he gets the country out over its skis. The biggest asset he seems to have is that nobody takes him seriously when he says these things (like when he endorsed removing Putin from power). A weak president combined with a Congress dedicated to political war, and governors who play political football with the most innocent among us (migrants who cross our southern border illegally), is a recipe for evil times.

Let me sum up with just a few points.