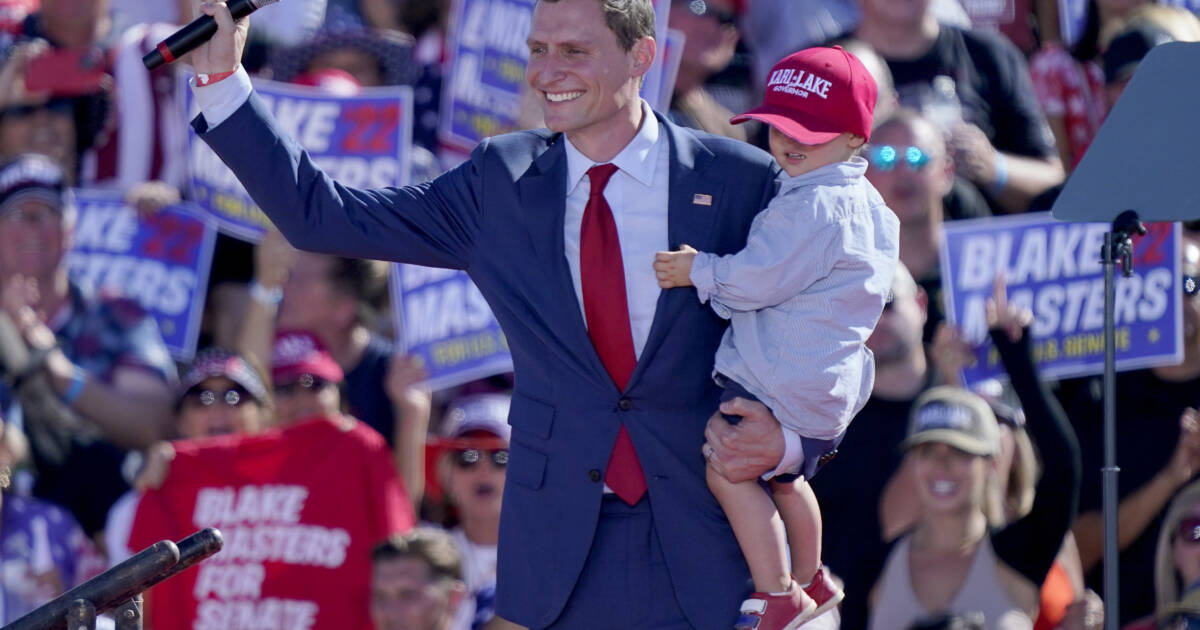 Good news for the GOP in Arizona.

According to a recent Emerson College poll, GOP candidate for U.S. Senate in Arizona Blake Masters is up on Democratic opponent Mark Kelly for the first time ever; he has support from 48 percent of voters compared to Kelly’s 47 percent.

Up until Friday’s poll, Masters had yet to surpass Kelly in public opinion surveys, though the two candidates had been tied in several polls. A poll released by InsiderAdvantage and Fox 10 this week found Kelly and Masters each with 48 percent. That poll had a margin of error of 4.2 percent and surveyed 550 likely voters.

Masters is currently barnstorming across AZ, making his final pitch to midterm voters:

Things just got intersting in Arizona. According to a New York Times report, Libertarian candidate Marc Victor has dropped out of the Senate race in Arizona; Victor was expected to siphon votes from GOP candidate Blake Masters. Now, he’s backing him, This is another major boost of momentum as we consolidate our support,” Mr. Masters …