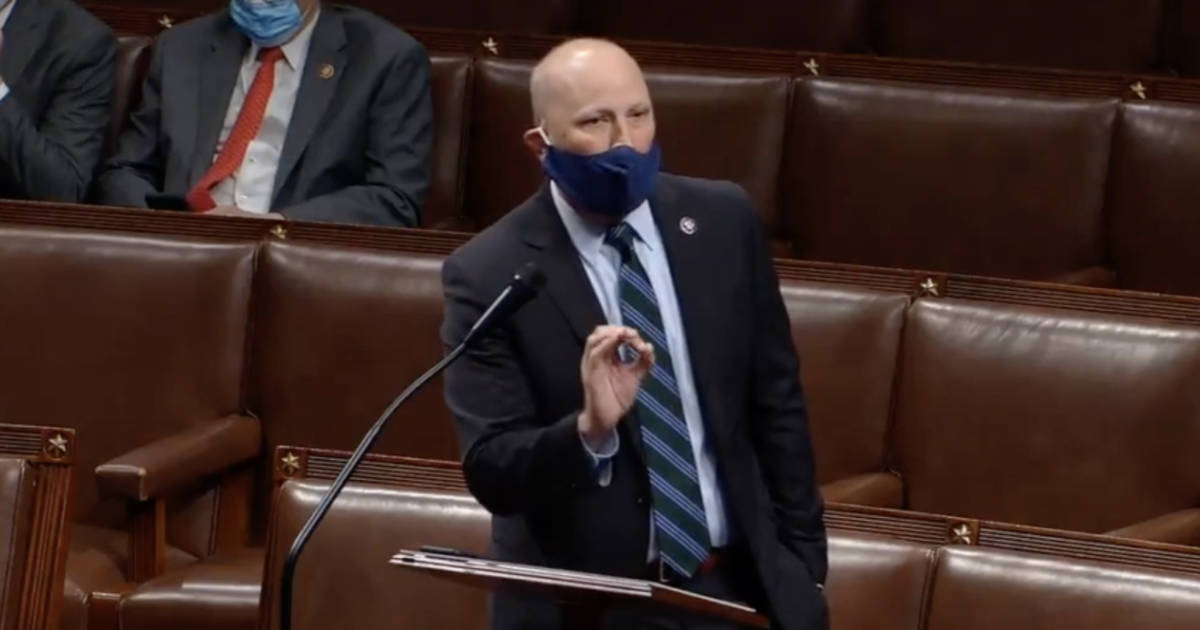 GOP Rep. Chip Roy of Texas wants you to know EXACTLY what Democrats are trying to do to your gun rights. In a fiery speech on the House floor he made it clear what the Democrats and Nancy Pelosi are trying to do, and he also made clear his stance: “It’s not going to happen!”

In his speech, Roy (whose district lies on the border) started calm and collected but quickly got worked up as he went along.

“American citizens are unsafe,” he said. “I’m not making that up. For the last two years I’ve heard my Democratic colleagues talking about a ‘fake’ crisis.”

He then revealed their plan: “This is about creating a gun registry to track guns of the American people. There is no way to implement what the Democrats are trying to implement without doing that.”

However, he issued a guarantee: “The government is never going to know what weapons I own! Let me be clear about that. It’s not going to happen!”

Watch the entire speech below: