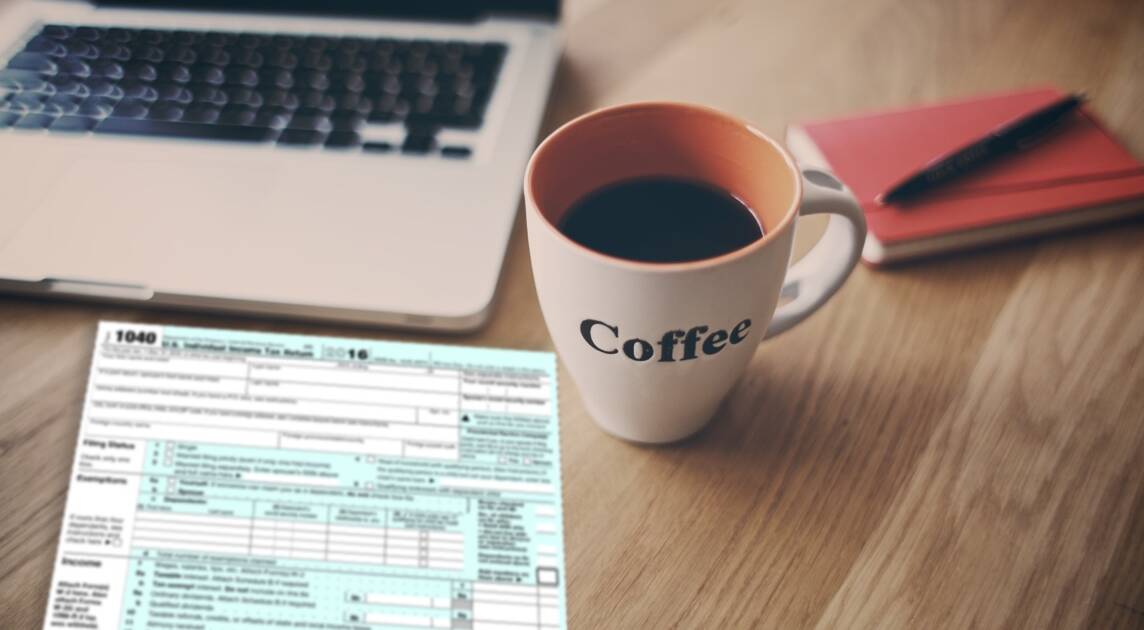 Somebody, or more likely, somebodies, got to go to prison. “ProPublica has obtained a vast trove of Internal Revenue Service data on the tax returns of thousands of the nation’s wealthiest people, covering more than 15 years.” They know that it’s illegal to disclose private tax returns.

IRS Publication 1075 outlines the security guidelines surrounding any Federal Tax Information, known as “FTI.” IRS Code § 6103 allows some data to be disclosed for statistical reporting, but “in a form that cannot be associated with, or otherwise identify, a particular taxpayer.”

IRC § 7213 establishes a penalty of up to $5,000 and 5 years in prison, plus court costs, for any willful unauthorized disclosure of FTI. Access to FTI is on a “need to know” basis and solely for “the purposes of tax administration.” That’s the penalty for whatever federal or state employees, or even shareholders in companies with access to the returns, face for releasing the information to ProPublica.

It shall be unlawful for any person to whom any return or return information (as defined in section 6103(b)) is disclosed in a manner unauthorized by this title thereafter willfully to print or publish in any manner not provided by law any such return or return information. Any violation of this paragraph shall be a felony punishable by a fine in any amount not exceeding $5,000, or imprisonment of not more than 5 years, or both, together with the costs of prosecution.

Aside from a gross violation of the law that protects FTI, including yours and mine, does ProPublica’s action serve the public interest? Is it akin to what some people like Glenn Greenwald hold Edward Snowden as a hero, for exposing egregious overreach in the federal government’s spy operations? Is it like the New York Times and the Pentagon Papers? Judge for yourself but in those cases, the exposures were of heretofore secret government operations. In this case, there’s no evidence any of the rich people ProPublica targeted broke the law, or conspired with the government to cheat. Instead, their point is that our tax system isn’t “fair” based on what super wealthy people pay.

America’s billionaires avail themselves of tax-avoidance strategies beyond the reach of ordinary people. Their wealth derives from the skyrocketing value of their assets, like stock and property. Those gains are not defined by U.S. laws as taxable income unless and until the billionaires sell.

ProPublica broke the law in service to a policy goal. Will they be investigated? The office responsible for investigating unauthorized disclosure of tax information is the Treasury Inspector General for Tax Administration (TIGTA). The IRS, the Department of the Treasury, and TIGTA are all under the umbrella of the Executive Branch of the federal government, under President Joe Biden’s administration. Biden has proposed to tax unrealized gains, so ProPublica is serving Biden, and the Democrats, policy goals. Did someone in the Biden administration conspire with ProPublica to leak this tax information? Did they break the law for political gain?

If there’s a whistle-blower to be found, it’s not the person who leaked a “trove” of rich people’s tax returns to ProPublica, so they could shame Jeff Bezos and Elon Musk in service to raw politics. It’s someone who can finger the person in the Biden administration who needs to go to jail for breaking the law that protects all Americans from this kind of targeting.

The four billionaires ProPublica picked all paid tens, or even hundreds of millions in taxes. Jeff Bezos and Elon Musk, according to the leaked data, paid a combined total of nearly $1.5 billion. Most of the wealth of these individuals is tied up in investments, which any economist or financial advisor would tell you is 100 percent at risk. In a day, if some catastrophe befell Tesla, Elon’s entire fortune could evaporate. The same with Warren Buffett, Jeff Bezos, and Michael Bloomberg, though Buffett and Bloomberg are somewhat more diversified.

The implication here is that somehow the accumulation of great wealth, at risk, is a moral injury to those who don’t have it. But isn’t that what makes America the land of opportunity? Nobody is guaranteed to win in the USA. It’s not like Russian oligarchs who were granted their wealth by Vladimir Putin, who in turn was granted his power by a shadowy group of ex-KGB Communist Party hacks who put the drunk Boris Yeltsin at Russia’s helm. There was no way to Russian oligarchs to lose, unless they crossed Putin (in which case, they died). It’s not like Chinese titans who gained their prominence through CCP connections and corruption. American titans, in general, and certainly in comparison to other countries steeped in peerage, did the work to build their wealth.

Buffett lives in the same Omaha, Nebraska home he’s owned for many decades. Bezos worked for years on Wall Street before he pitched his Amazon idea and painstakingly built a tech leviathan. Bloomberg built a financial news empire from scratch. Musk built Zip2 during the first Internet bubble, and sold it in 1999 for $307 million, of which he kept $22 million. Not bad for a 27 year-old. Instead of sitting on his laurels, Musk reinvested, worked hard, and became the world’s richest man, a title he sometimes trades with Bezos. Sure, the government has helped all these men. SpaceX has valuable NASA contracts, which Bezos covets. Tesla benefits from government green money and Solar City. But there’s a difference between profiting from government contracts, and getting paid because of political connections.

But we want to look at tax returns, so let’s look at these.

How about Stacey Abrams, who in 2019 settled a debt with the IRS.

Abrams top elected office is as minority leader of the Georgia House of Representatives. She’s lost a run for governor, and is running again. Oh, and she played the President of United Earth on Star Trek Discovery. In 2018, Abrams had a net worth of $109,000, along with owing the IRS $54,000 and $170,000 in student loan and credit card debt. In 2022, she’s worth over $3 million. Has Abrams built a company? Is she an entrepreneur? Can we see her tax returns? How did Abrams make so much in such a short time, with no real job besides making political hay? (She wrote a children’s book, have you heard of it?) Is Abrams’ rise fair compared to all the families out there living paycheck to paycheck?

The Bidens—that’s Joe and Jill Biden—paid $150,439 in 2021 federal income tax on $610,702 in earnings, which includes his $400,000 salary as POTUS, and his Social Security, because he’s old. Good for them, by that standard they’re upper middle class. But are they? The New York Post published a whistleblower allegation that the Bidens owe $127,000 in back taxes.

Biden and his wife, Jill, avoided paying Medicare taxes on book income and speaking fees in 2017 and 2018 by routing $13.3 million through “S corporations” and counting a small amount as eligible for the federal health care tax.

The strategy is commonly used by wealthy people to dodge the 3.8% Medicare levy on large amounts of income and experts say the IRS lacks the resources to aggressively pursue cases of underpayment.

Is that illegal? I don’t know, but it is what “wealthy people” do. One thing is for sure: The IRS is definitely lacking in resources to pursue these cases. The agency is as understaffed as it’s ever been.

If you call the IRS, don’t expect a quick answer. But someone with access to the richest Americans’ tax returns has leaked them illegally to ProPublica. Meanwhile, Hunter Biden is under investigation for his international business dealings, trading on his last name and relationship to the former Vice President, who is now POTUS. The New York Times reported last month that Hunter took a loan to pay a more than $1 million tax liability.

[Investigators] said prosecutors had investigated payments and gifts Mr. Biden or his associates had received from foreign interests, including a vehicle paid for using funds from a company associated with a Kazakh oligarch and a diamond from a Chinese energy tycoon. Prosecutors also sought documents related to corporate entities through which Mr. Biden and his associates conducted business with interests around the world.

You won’t find Hunter Biden’s tax rate in ProPublica’s story, because they’re focused on entrepreneur billionaires, who generally earned their wealth through taking risks, working hard, and making sound decisions in building companies, paying for people like Hunter, Abrams, and other political hacks who make their money closer to the way Putin’s oligarchs get theirs.

If it’s proper to go after Donald Trump’s tax returns, and to prosecute his octogenarian CFO for what in Manhattan amounts to tip money tax avoidance, then it’s also proper to expose other hacks who got their tax bills paid by political shenanigans. If it’s proper to go after Trump for his decades of cheating investors, lenders and the public, then it’s proper to look into why the Biden administration is protecting whoever at the IRS allowed ProPublica to obtain “vast trove of Internal Revenue Service data.” That data was obtained illegally.

Shame on ProPublica for its obvious political hackery and lawbreaking in service to carrying the Biden administration’s water. Who will send them all to jail?