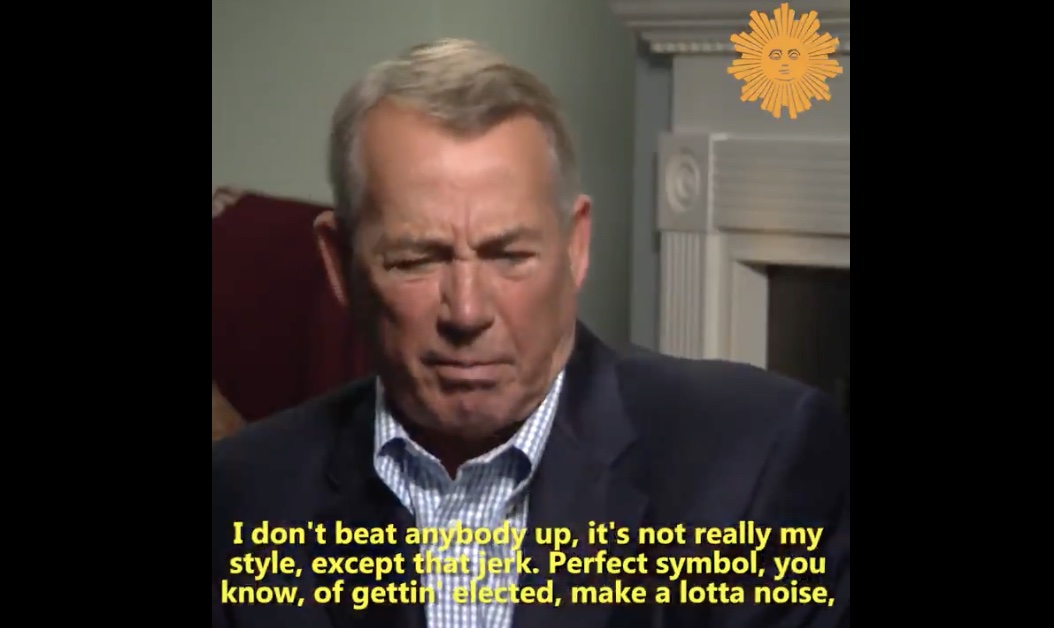 Sen. Ted Cruz (R-TX) is responding to John Boehner’s seemingly fascination with attacking the Texas senator, and now Cruz is responding, telling Boehner “don’t cry” and also providing some fascinating history about why Boehner is so upset.

Boehner, who is trying to drum up attention for his new book, has found that attacking Cruz is the way to make sales. In leaked audio, Boehner apparently tells Cruz to “Go f**k yourself.” Cruz has had a couple of responses over the weekend.

“I wear with pride his drunken, bloviated scorn,” Cruz said.

Then, in an interview with the Daily Caller, Cruz said Boehner was “unhinged” but also explained why the former Speaker of the House may be so upset. Apparently it involves conversations Cruz had with House Republicans once he was elected in 2012 encouraging them to stand up for what they believe in. The audacity!