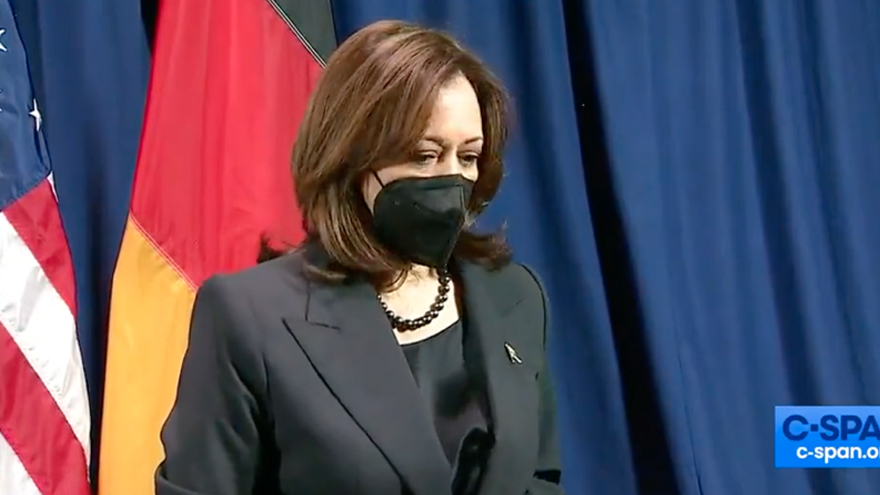 Vice President Kamala Harris confused millions of people around the world over the weekend when she apparently contradicted herself on Joe Biden’s Russia policy in the span of just three minutes.

“Let’s also recognize the unique nature of the sanctions that we have outlined. These are some of the greatest sanctions, if not the strongest that we’ve ever issued, as I articulated yesterday. It is directed at institutions — in particular, financial institutions — and individuals, and it will exact absolute harm for the Russian economy. And their government,” claimed the VP.

“But if Putin has made up his mind, do you feel that this threat that has been looming is really going to deter him?” pressed one reporter.

“But that answer contradicts repeated American predictions that Putin has already decided to invade,” reports Politico.

“As the president has said,” Harris told journalists minutes later, “we believe that Putin’s made his decision. Period.”