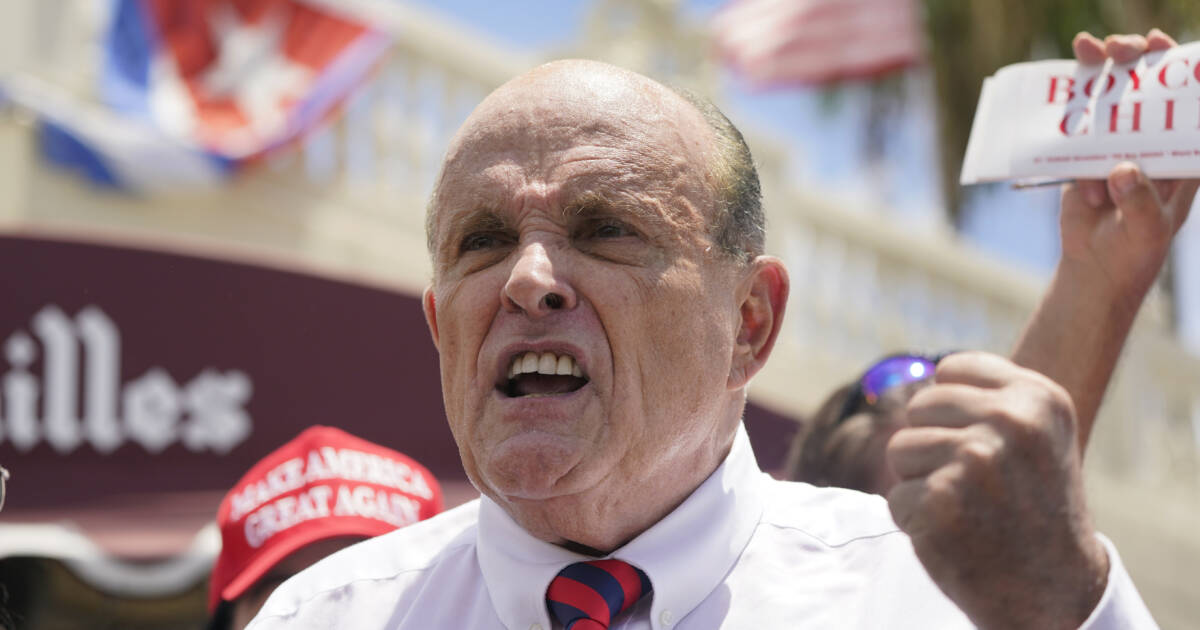 Rep. Adam Schiff went all in on the Steele Dossier – and lost big. Now, people want to hold him accountable for all the lies he told – especially Rudy Giuliani.

“It’s been one fraud after another,” Giuliani told Newsmax’s “Rob Schmitt Tonight.” “Why doesn’t anyone ask him who are those two people and that piece of paper that he said had direct evidence of Donald Trump being involved in Russian collusion? I’d like to see that piece of paper.”

“If he can’t produce it and there are no people, maybe they should throw him out of the Congress because he’s a damn liar,” Giuliani told Schmitt. “He also is a traitor,” Giuliani went on. “Because to make a charge like that against a president hurts the United States of America.”

Rep. Adam Schiff recently took heat while appearing on The View where he was grilled about all the misinformation he spread on the Steele Dossier.