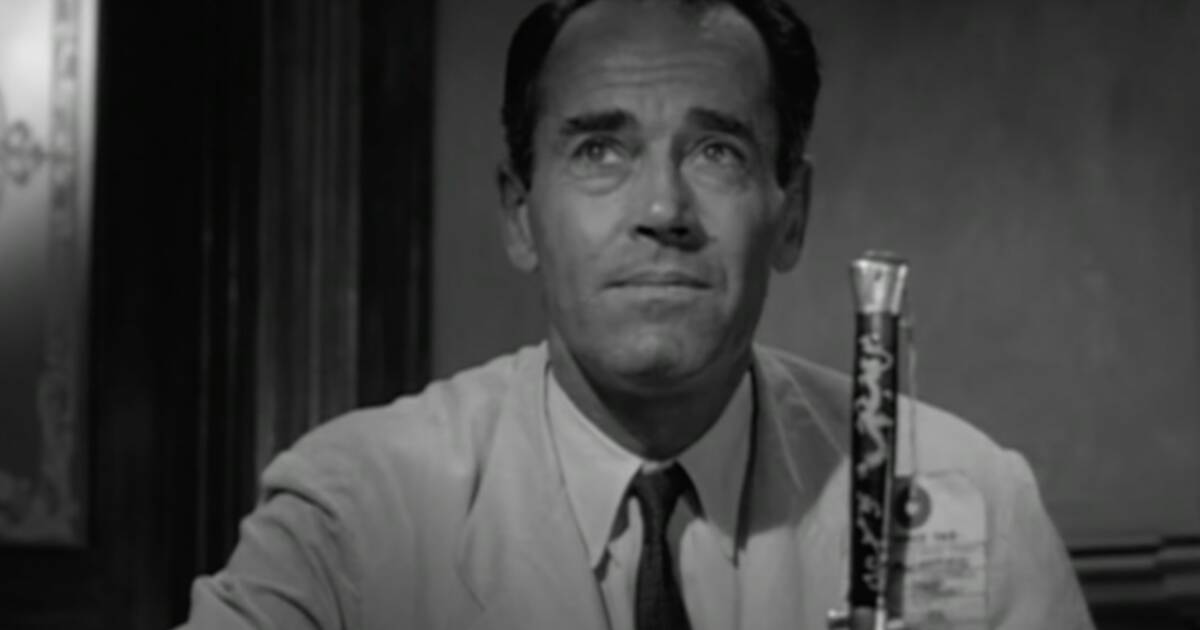 Have you ever watched the movie “12 Angry Men”? You know the scene where Henry Fonda pulls out a switchblade from his pocket to demonstrate that he has one just like the one the prosecution claims was used in the murder? It was a powerful, pivotal scene. And, as my lawyer friends know, it was completely illegal, even in 1957. A pedantic lawyer would totally ruin that movie, yelling “mistrial!” in a crowded theater. See, a juror can’t introduce anything, an exhibit, a fact, a statement, not in evidence. Reality is not a movie, but these days, it seems most people treat it like it is.

Mostly, I don’t watch television news. I don’t spend a lot of time on Facebook, but I do browse Twitter here and there. I don’t pay attention to trendy social media posts, even if they come from people I know. Therefore I haven’t watched “2000 Mules.” I got the gist of it—that there was a massive conspiracy to stuff ballot boxes in close states. “2000 Mules” paints a conspiracy that goes up to God, and began before COVID-19 was a thing. I would shout a different word in the theater that would ruin that movie, one that refers to bovine excrement.

I caught a glimpse of some posts asserting there is a coup going on in Russia. Another that Putin is dead, or very sick. Does it ever occur to the people who repost these that the Russians have buildings full of people paid to post and scam the algorithms for all the social media platforms, to take stories and make them spread. Now I have no proof that this story is Russian disinformation. But I also don’t have any proof it isn’t. Be wary of what you choose to believe, friends. At least take the time to read fact checks. Even if you don’t agree with them, at least you did some due diligence.

The media is guilty of falling for their own versions of disinformation. Depending on what aroma the political winds bring, they will alternately distrust and debunk what the Intelligence Community feeds it, looking for leakers in all the wrong places—or it will dutifully print their copy word for word as truth. The number of former IC officials who got up and claimed the Hunter Biden laptop story was Russian disinformation should prove that all of them are full of crap, all the time.

Every time there’s a mass shooting or horrible racist event, those who already believe that the genes for white skin contain an “order 66” instruction that somehow makes white people like me sympathetic to killers who post manifestos about “Replacement Theory” trot out the fact that being white is inherently racist. That somehow, unless I denounce everything Tucker Carlson has ever said, or repent of listening to anything remotely conservative, I am a racist. They believe this because of…reasons that sound sneakily similar to the Christian doctrine of Original Sin.

In movies, people wear their prejudice on their faces and on their sleeves. Even when they tell themselves they’re not racist, eventually it surfaces within the two hours allotted to tell the story. Everything gets resolved, like the scene in “12 Angry Men” where Juror #10 (Ed Begley) has his rant about “these people” while the rest of the group turn their backs on him. In the not-movie world, he would have noted that there were four or five gang stabbings among hispanic youths in the past month. The rest of the jury would have rolled their eyes.

When there’s a white person who targets Blacks, the kneejerk reaction among those who don’t want to acknowledge that White Supremacist idiocy is an actual problem note that there were nine killed and 26 wounded in Chicago last weekend, mostly in Black on Black gang violence. What does that have to do with the fact that a nutcase in New York bought a rifle for the specific purpose of hunting Black people? In movie world, you might as well be Juror #10.

In reality, people kill for a lot of reasons. Finding your spouse in bed with someone who isn’t you is a pretty popular one that we all understand. The 28-year-old man in New Hampshire who is under federal charges for sinking his fishing boat in 2016 with his mother aboard (she has never been found)—and remaining a suspect in his rich grandfather’s shooting has a well-understood motive. He wanted the money. Gang members kill each other for status and to prove tribal loyalty. Russian soldiers kill unarmed civilians because they are ordered to, and trained in a way that makes doing it psychologically easy.

When people kill for other reasons, for dogma, conspiracies, and dark beliefs about “those people,” our brains go into movie mode. We look at the white 18-year-old who shot up a supermarket, or the one who did it at a Walmart, and see people who look like us doing evil to people who don’t. It activates some kind of lizard-brain defense based on fear of those who don’t look like us going after us because we all look alike. In other words, fear of racism breeds racist defenses of racist acts. It’s one of those hard-wired things in our brains that we have to fight with logic and facts.

As Jonah Goldberg noted, Black culture is a thing, while “white culture” is rather meaningless. It’s impossible to separate American Black culture from oppression, for the same reason it’s impossible to separate Jewish culture from anti-Semitism. Much of the culture was forged in history’s crucible. But the identity politics hucksters want everyone to believe that white culture is a thing so they can lump everyone with pale skin under it. Reality says differently.

Every culture and subculture has people who set themselves up as the “ought police” for their group. For American Blacks, today these tend (in liberal circles) to be the people who want to lump all whites in a single culture group for the purpose of engineering an outcome they personally like. Therefore, if my good Black friend who happens to be Ultra MAGA speaks his mind among other Blacks, he may find himself charged with race treason.

In the same liberal circles, women who rail against pay inequality also claim to speak for all women when they accuse pro-life women of betraying their own sex. Then again, liberal abortion activists cut from the same cloth tell Congressthat men can get pregnant and have abortions, and do it with a straight face. That’s so ludicrous that it wouldn’t even play in a movie. (Really: “Junior,” despite starring the bankable Arnold Schwarzenegger at the height of his career, flopped in 1994.)

Pulling out to a larger view. One day, the war in Ukraine will be over, and the world will have to re-engage in some way with Russia. And Ukraine will have to assume its place in the world order, such as it is. Maybe that will include NATO membership, which has been denied for 15 years. Right now, Volodymyr Zelenskyy is the world’s hero. He stood up to Putin. But when the war is over, what will he do with his “United24” organization? Is that something we want, when we already have NATO, the UN, the EU and all these other alliances?

I don’t know. I do know that we should support Ukraine right now until they win and Russia loses on the battlefield. After that, I wouldn’t trust what I see in the media.

Back to America. When you see Trumpist candidates running for positions of particular influence in elections: Governors and state secretaries of state, what should that indicate? In a movie, it’s the prelude to “The Manchurian Candidate” (the one with Angela Lansbury, the only one that’s good). In reality, will those people pull the trigger if Trump tries another go at January 6th? Why give them the opportunity, is my thought. There are some scenarios, that while in reality, may look like outlandish conspiracy, but fall into the category of “I’d rather not find out.” That’s one of them.

We live in the real world, where motives, actions, and people are different than the movie versions of those events. The movie versions of the news we get today are packaged and designed to show us the world that those who produce them want to see. But those worlds don’t, and can never, exist in reality.