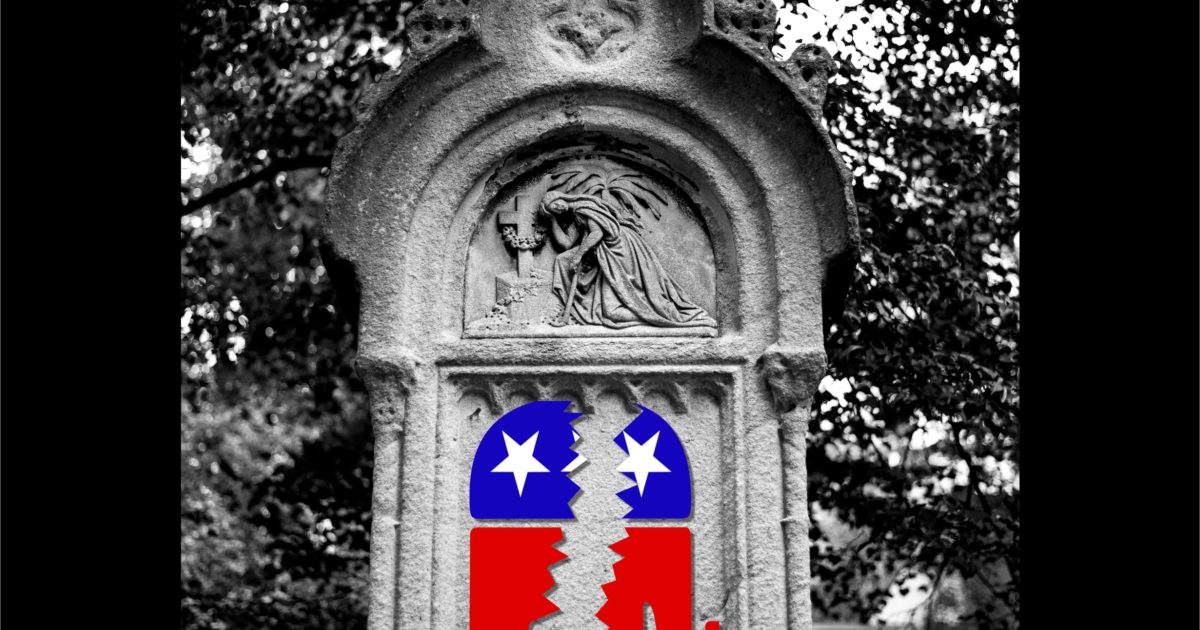 Let us have a requiem.

The Republican President of the United States told an audience in Dalton (northwest part of the state, just south of Chattanooga) that he is going to spend the next eighteen months campaigning against the Republican Governor of Georgia. Gov. Brian Kemp has been nothing but gracious and supportive of Trump; in his campaign three years ago Kemp was accused of being positively Trumpy compared to his opponent Casey Cagle.

But “gracious and supportive” buys you nothing in Trump’s economy, where the currency is winning, and the price is “what have you done for me lately?” In that transactional world, Kemp has failed Trump, not once, but thrice.

First, he appointed Kelly Loeffler to the senate to replace retiring Johnny Isakson, over Trump’s favored man now-former Rep. Doug Collins. Second, he started opening Georgia’s economy when Trump was promoting the benefits of sunlight as a disinfectant. This drew the president’s frowny face.

Third, and most damaging, Kemp didn’t deliver Georgia for Trump. Not that it was Kemp’s fault, as the governor wasn’t running. But it was expected that somehow, Trump would carry Georgia. Losing Georgia was the key to Trump losing the entire election—as I and a hundred other writers noted (along with Joe Biden, who said it out loud).

Monday night before the runoff election, Trump stood on a stage with Sen. Loeffler, who is suddenly glued to Trump’s leg, and condemned another Republican.

The chairman of the Georgia GOP sued the state’s governor, lieutenant governor, and the secretary of state. David Shafer lost in his last election bid to Republican Lt. Gov. Geoff Duncan. Duncan has been loyal to Kemp, and has been a dedicated fact checker. But now, Duncan is somehow a traitor to Republicans, because he went on national television to tell viewers that Gov. Kemp would not convene a special legislative session to overturn the election results and appoint a different slate of Trump-voting electors.

Republican Secretary of State Brad Raffensperger has suffered a special kind of hell. He’s had threats against his wife, his family, and an hour-long call listening to the president harangue him to deliver the votes to give Trump the election. He’s being sued by citizens groups, the Georgia GOP, while still dealing with Democrats claiming he suppressed votes to hand elections to Republicans. Now he’s being accused of sedition for releasing the tape of the president’s call.

Both of Georgia’s Republican senators called for Raffensperger, himself an elected constitutional officer of the state, to resign. To his credit, Raffensperger has displayed an intestinal fortitude he probably didn’t know he possessed. The man has a backbone that even Wolverine would admire.

The president lit a funeral pyre for the Georgia GOP, and I don’t see how it can recover without letting the fire burn it all to ashes.

This goes beyond “hardball politics.” I don’t see how Shafer, Kemp, Duncan, Raffensperger, Perdue, Loeffler, and the whole panoply of county Republican leaders, who have had their own private battles over Trump v. no-Trump, can survive this division. Even if they walk through it, patch things up and grumble their apologies, there will never be trust.

At least we don’t have to suffer through the political ads for a while.

Expect a few decades of Democrat gains in Georgia. Congratulations, President Trump, you managed to flip Georgia to blue.