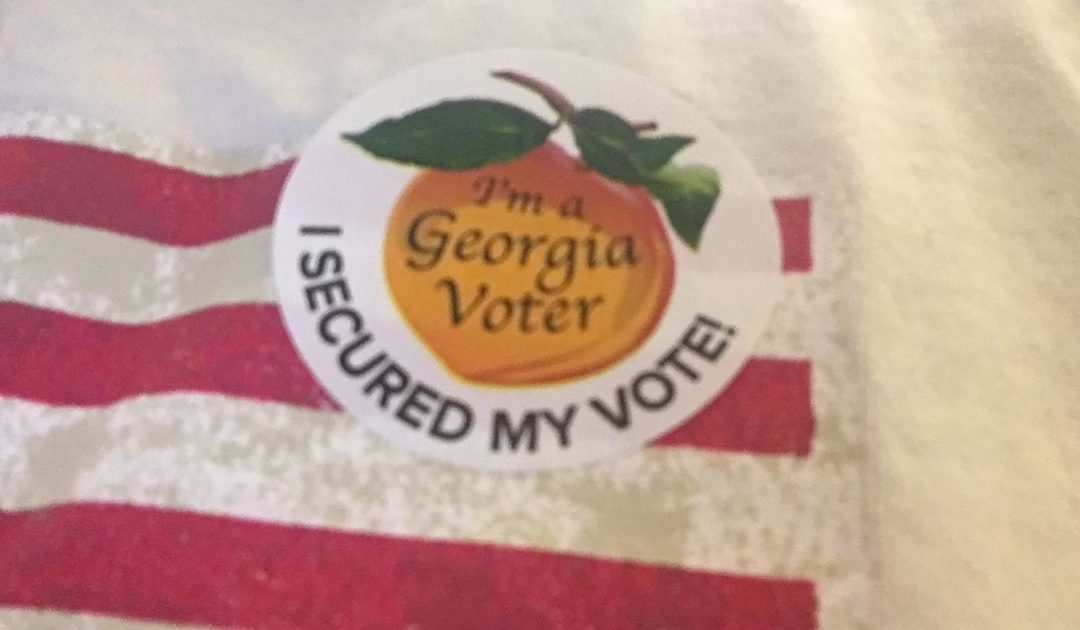 Today is the big day for Georgians. After today, we no longer have to endure political ads or throw out bundles of political mailers on a daily basis. After today, it will simply be a matter of putting all the political signs lining the roads in the garbage, which may well take until 2022.

Everyone has an opinion on the races. My personal one is that they are both too close to call. I’d say the Senate elections are the Republicans’ races to lose and Donald Trump may well have done that for them last weekend with his utterly stupid and unethical (and possibly illegal) phone call to Secretary of State Brad Raffensperger.

There are conflicting signs ahead of the election. The FiveThirtyEight average of polls shows both Democratic candidates up by about two points each, but this is within the margin of error for the polls and polling has been thin. I’ll note as I did last week (last month? last year?) that both Democratic candidates underperformed their polling in the November election. The flip side is that the FiveThirtyEight podcast noted that the pollsters surveying the runoff tended to lean Republican in the general election. Polling also would not reflect the events that unfolded since the weekend.

Early voting statistics showed good signs for Democrats as well. Atlanta’s 11 Alive reported that Democrats had a registration advantage going into the runoff and that early voting turnout, which typically favors Democrats, had been high at about 40 percent of the electorate. Black voters turned out in higher percentages for the runoff than the general election, but there has also been a high early turnout among older voters, who typically skew Republican.

On the other hand, Erick Erickson has reported that internal GOP polling has been good for the Republican candidates. Erickson also pointed out that black farmers in south Georgia did not turn out for Ossoff in the general election, with many voting Perdue after his help in securing aid after devastating storms in recent years.

The audio of the call between Raffensperger and President Trump should be devastating for the president and his backers, but both Perdue and Loeffler have come out in favor of Republican attempts to object to the Electoral College results since the call where Trump pressured Raffensperger to “find 11,780 votes” and to “re-examine it with people that want to find answers, not people that don’t want to find answers” became public.

At this point, it should be obvious there are only two possible reasons that Donald Trump could be pushing Raffensperger (and others no doubt) to alter the election results. President Trump is either totally corrupt or totally delusional. Either is disqualifying for the office of president and it should also be disqualifying for those who back him while understanding that one of these options must be true.

Nevertheless, I expect that the Republicans will most likely win tonight. It may well be a few days before we find out though since Georgia law prohibits the counting of absentee ballots until the polls have closed.

We may be in for another wait for the final election results, but that doesn’t mean that votes are being shredded, ballot boxes being stuffed, or that North Korean boats are smuggling ballots up the Savannah River. It’s a result of state law that prevents vote-counters from getting an early start.