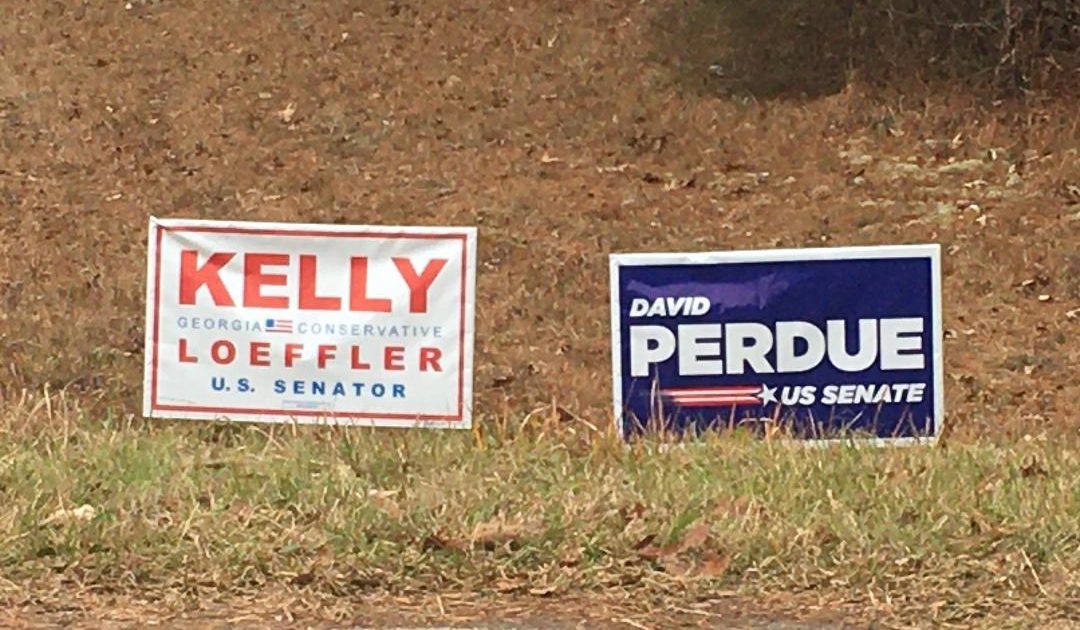 When Georgia first emerged as a battleground state this year, many Republicans thought that the idea that Joe Biden could win the Peach State was inconceivable. Unfortunately for the Republicans, as Inigo Montoya said in the “Princess Bride,” the word did not mean what they thought it meant and the Democratic candidate pulled out a squeaker. A Democratic win turned out to be very conceivable.

Now, in the Senate runoffs, the Democrats are hoping to repeat the feat in two Senate races. Once again, some Republicans, playing the part of Vizzini, are saying that a Democratic victory is inconceivable. But is it?https://www.youtube-nocookie.com/embed/aE9oOHrRMJI?rel=0&autoplay=0&showinfo=0

To determine whether the Democrats can pull off upsets in two more statewide elections, we must first understand how Biden was able to win in the first place. We can start by discarding the conspiracy theories about election misconduct. After multiple recounts, a hand audit of every ballot, a forensic audit of Dominion voting machines, and a signature audit of 15,000 ballots in Cobb County there is no evidence of widespread fraud. If Republicans want to pursue these conspiracy theories, it will only obscure the truth of why Donald Trump lost and possibly set up future Republican defeats.

What really happened is that Democrats worked very hard between 2016 and 2020 to register a lot of new voters. The architect of this campaign was Stacey Abrams, who lost Georgia’s 2018 gubernatorial election by only 55,000 votes and then, in Trumpy fashion, refused to concede the election. Abrams founded the New Georgia Project in 2014 and by 2020 the group had registered half a million new Georgia voters.

Even though the New Georgia Project is nonpartisan, the majority of these new voters were most likely Democrats. Pew Research found that black voters were the demographic group that increased most between 2016 and 2020. Latinos and whites tied for second.

It wasn’t just an increase in minority voters, 2020 was a perfect storm that benefitted Democrat Joe Biden. Donald Trump was (and is) a historically unpopular president that shifted many segments of the electorate towards the Democrats.

The Upshot from the New York Times found that even with the influx of new black voters, the black share of Georgia’s electorate declined in 2020. Interestingly, the data analyzed by the Upshot also showed a slight (half a percentage point) shift toward Republicans in areas that were majority Hispanic and more than 80 percent black.

So why did Trump lose? Because these shifts were more than offset by larger shifts toward the Democrats in other areas. These included areas of high-income voters (by seven points), majority college grads (six points), suburbs (six points), 65-and-older voters (five points), and Obama-Trump areas (five points). Rural areas, areas with a majority of lower-educated whites, and majority-black areas also shifted to the Democrats by one point.

So, the bottom line is that a bad president pushed a lot of people towards Joe Biden while, at the same time, Democrats were registering hundreds of thousands of new voters. No systemic fraud was required and the lack of fraud is supported by the fact that many voters split their tickets and voted for down-ballot Republicans.

Now, the big question is whether Jon Ossoff and Raphael Warnock can repeat the performance. Polling is pretty sparse in the runoffs because, as FiveThirtyEight succinctly put it, the pollsters don’t want to risk being wrong. The average of the polls that we do have from FiveThirtyEight currently shows both Democrats with a slight lead. Real Clear Politics also gives both Ossoff and Warnock a slim advantage.

So yes, it is very conceivable that the Democrats could pull off a 2020 hat trick. Conceivable but unlikely in my opinion. Both  Ossoff and Warnock underperformed their polls in November, which makes me believe that a one or two-point polling advantage won’t be enough to carry the day.

But there are a lot of variables in the runoff that were not present in the November election. There is the election fraud controversy, which could generate turnout on both sides except that many Republicans are talking about boycotts either because they don’t trust the system or because of a misguided notion that not voting will somehow reveal the pernicious software in the Dominion voting machines when Republican candidates get a negative vote total. (I am not making this up. I couldn’t make this up.) For Democrats, the prospect of Republicans trying to overtly steal the presidential election could motivate many voters who would not normally turn out for a special election. Republicans are being urged to go to the polls to “Stop socialism!”

In the end, the election is going to be a tossup that will depend on base turnout from both sides. With large amounts of absentee ballots, we may not know the result on Election Night. As with the November election, the counting may take a few days.