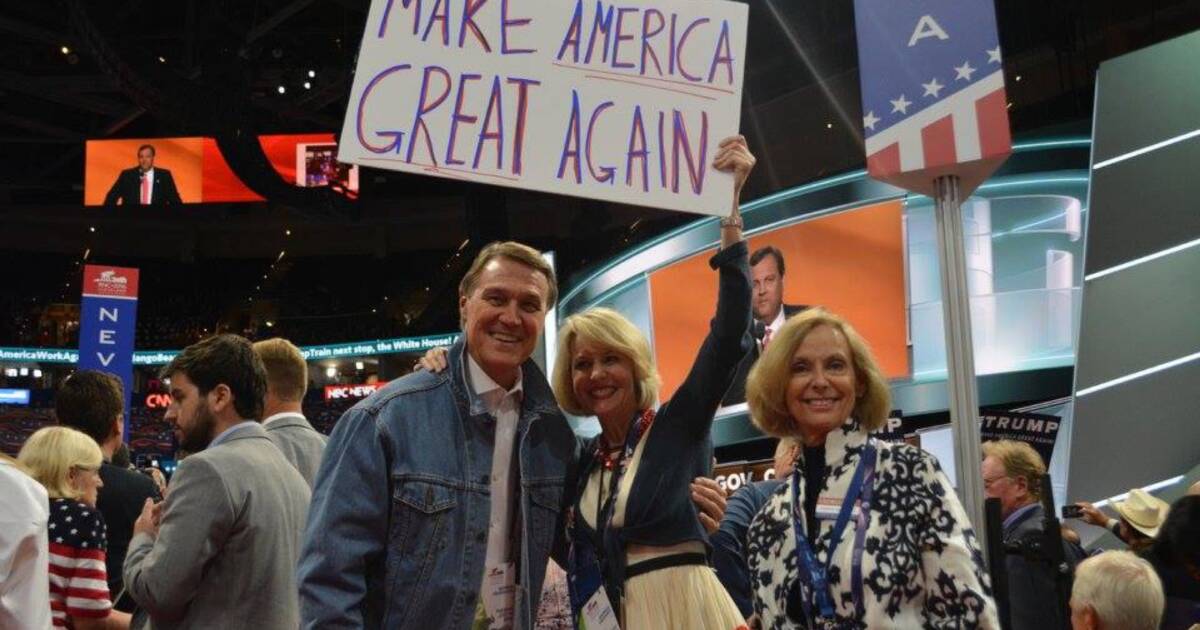 This is singularly the fault of one orange-hued narcissist conspiracy flinger. Somehow, some way, the Monarch of Mar-a-Lago aka the Poobah of Palm Beach County once again convinced Perdue to ride the orange horse. It’s not going so well.

Perdue has never led the governor’s race against fellow Republican Gov. Brian Kemp. The latest Emerson poll shows Kemp with an 11-point lead. Despite the boogeyman Stacey Abrams real threat to claim the election is rigged win in November, Kemp is enjoying a 6-point lead over Abrams. A Perdue-Abrams matchup is a little closer.

Running against a popular incumbent governor, against the consensus opinion of your own party in the legislature, with a single useful endorsement from the guy who made you lose your election is, at best, a head scratcher. The reality distortion zone around the orange guy must be powerful indeed. And once committed to this train wreck, the thought of pulling out, and drawing the ire of the folks who still think 2020 was the result of Brazilian hackers, must be more humiliating than letting the metal fly the the boilers burst.

Erick Erickson called it the “worst played hand in American politics right now.” I suppose maybe it is, with bad timing, bad messaging, and a Senate loser running to be governor when many governors aspire to be Senators. But I think we should thank David Perdue. He is doing a valuable service to the GOP, and to the country.

Riding the orange horse to ruin, demonstrating that the threat of being primaried by the Trumpist horde is a toothless dragon, is an important act of self-sacrifice. If Perdue did what political facts demand, and dismounted his campaign, the MAGA revanchists will always claim “he could have won!” By having their dear leader whip up his dwindling rally crowds to go vote for Perdue, then having Perdue lose to Kemp, who is considered a “traitor” and a RINO in those circles, others in states like Ohio and Pennsylvania might regain their minds and determine that it’s okay to say what they really think.

Brian Kemp just got everything he wanted in the 2022 legislative session. Georgia now has Constitutional Carry, a modern mental health plan, a raise for teachers and law enforcement, and a $250 or $500 (per couple) tax refund to every voter—ahem, taxpayer—in the state. I mean, what’s not to love? The only people who are looking to dump Kemp are the miffed ones clinging to the 12,000 vote conspiracy that’s been debunked over and over.

Georgia’s GOP legislators, just to be oh so careful, even threw a last-minute past-the-Sine Die-bill to Kemp giving the GBI authority to investigate election irregularities without sign-off from the Attorney General or a court. Kemp now has 40 days to sit on this bill, sign or veto it, to see which way the wind blows in MAGA-land.

Other than a political catastrophe for Kemp, Perdue has little chance of gaining the votes needed to win in the primary. His best logical course is to quit and throw his endorsement behind the incumbent to beat Abrams, who will be running on an endless supply of outside cash and media hagiographies. But few things that happen in Mar-a-Lago are the result of logic.

I say, Ride David Ride. Ride to ruin. Give the orange hordes their best shot to take out the RINO traitor Brian Kemp, who refused to recall the Georgia legislature back into session, refused to overrule his own secretary of state Brad Raffensperger, refused to censure his own Lt. Gov. Geoff Duncan, refused to endorse the “stolen election” story. Ride, David, sword drawn in flaming luminescence. Charge into the fray and show every Republican in America that the era of the former guy’s hold on the party is over.

We will all owe you our thanks.