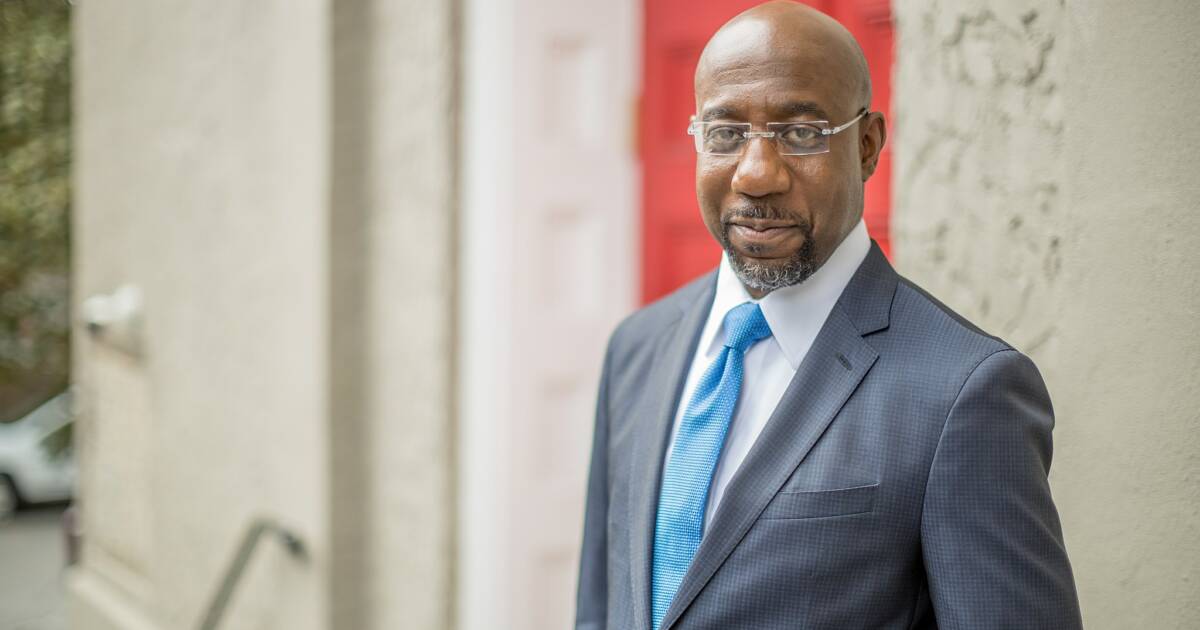 Yesterday, I attended the annual gaggle of Georgia politicians known as Eggs & Issues, that the Georgia Chamber of Commerce puts on every year. Only they didn’t have one last year because, you know why. It was immediately apparent to me that Georgia has become Waterloo for Democrats in 2022, just like it was Waterloo for Trump in 2020, but for entirely different reasons.

One day after President Biden made a terrible, angry, petulant, divisive speech in Atlanta, Sen. Raphael Warnock doubled down on the theme of voter suppression, in a state that had record minority turnout two elections in a row. He tried to sound reasonable, saying that access to voting is “beyond politics,” and leaning on the theme of saving democracy. Any reasonable listener was thinking: how about the price of chicken being beyond politics, too?

As David Thornton wrote yesterday, both Republicans and Democrats have made election fraud worries and voter suppression into high theater, with little real evidence that there’s a national problem worthy of the discussion. It’s all pure politics.

But for Democrats, latching on to voter suppression is like putting a Band-Aid on a suppurating, 6-inch shrapnel wound in the chest. They are trying to connect the events of January 6th, 2021 to a continuing issue with Republicans who deny the gravity of that event, and Republican state legislatures that consider somewhat unnecessary election security measures.

In Georgia, I noted last March that S.B. 202, the election reform legislation that Gov. Brian Kemp signed into law, was fairly good law, but bad politics. The part about not handing out water or food to people waiting in line to vote was ripe for Democrats to scream “Jim Crow!” and of course, they did. Now, Warnock claimed that because the Georgia legislature this year wants to consider eliminating ballot drop boxes, that this on its face is voter suppression. The fact is, that drop box popularity is very much driven by coronavirus fears. It is also unevenly applied state by state.

Georgia had a terrible experience with the June 2020 primary, after it was postponed from March. Drop boxes were used to help deal with the problem of understaffed precincts, but that was a relatively new thing. From the text of the S.B. 202 law, Section 2:

(10) Opportunities for delivering absentee ballots to a drop box were first created by the State Election Board as a pandemic response. The drop boxes created by rule no longer existed in Georgia Law when the emergency rules that created them expired. the General Assembly considered a variety of options and constructed a system that allows use of drop boxes, while also ensuring the security of the system and providing options in emergency situations;

In Georgia, elections are run by county election boards. Some counties are more competent than others, and some are more politically charged, but in the end, drop boxes cost less than actual voting locations, staffed with people, voting machines, security, and the like. Counties are more likely to use them in place of actual voting precincts to save money, which in fact makes drop boxes more likely to suppress in-person voting than encourage it. S.B. 202 recognizes this inequity and limited the number of drop boxes counties can have. Republicans should just leave it alone, in my opinion, but they’re concerned that Democrat-heavy county election boards will close precincts, and because they can’t use drop boxes to replace them, will claim Republican voter suppression and highlight long lines and difficulty getting to the polls, when in fact they created the problem themselves.

Gov. Kemp understands this. He mentioned S.B. 202 briefly in passing during his speech at Eggs & Issues, but focused on economics, which people deeply care about. After being crucified in the media, and by then-President Trump, for emerging from the 2020 COVID-19 lockdown too quickly, Georgia has recovered amazingly well, though as governors go, Kemp doesn’t enjoy the same popularity as Republican Govs. Charlie Baker of Massachusetts, Chris Sununu of New Hampshire, Larry Hogan of Maryland, or even lightning rod Ron DeSantis of Florida, according to a Morning Consultranking of popular governors from last November.

The reason for Kemp’s unfavorable streak is disaffected Trump voters, left over from the Yahoo Waterloo that propelled Democrats into the majority in the Senate. Warnock made hay in his speech noting that he gets concessions for Georgia pet projects when he tells committee chairs—as the most junior Senator in the nation—that he is the one who put the gavel in their hands. “And it works!” he crowed. But really, Trump voters put the gavels in Democrats hands, and now it’s Georgia’s turn to be their Waterloo, because of the arrogance they display at having the tiniest majority but wielding it like the Fasces of a Roman Dictator.

In contrast, Kemp has pledged to ask the legislature to take $1.6 billion of the state’s surplus and return it to voterstaxpayers. In Washington, President Biden’s plans to extend child credit payments, and all the other things that were part of his Build Back Better plan, are in flames, so Georgia voters will get $250 or $500 tax credits from Kemp. Smart move, and one that really highlights fiscal responsibility, along with favor from voters.

Voters care about inflation, the price of things, the spasms of shortages that affect goods on supermarket shelves, the availability of good jobs, local control of quality education, and a good college for their kids. That’s what they care about most. When those things are good, then voters have time to care about stolen elections, voter suppression, racial equity, and the like. Republicans like Kemp understand what voters really care about, which is why funding education, getting companies to locate in Georgia to provide good jobs, and building the state’s infrastructure are front-and-center.

During the heat of the pandemic, voters cared about who was going to get them back to normal fastest. But now, everyone’s realizing that it’s never going to happen. We are stuck with COVID forever, which the medical administrative state knew from the beginning and didn’t tell us, but don’t get me started on that subject, because it makes my blood pressure rise.

My early prediction here is that Trump voters will come around to Gov. Kemp, who has a huge $12 million war chest. Some will make a protest vote for former Sen. David Perdue, but I think Kemp will win without a runoff in the primary. That leaves Stacey Abrams, a political heavyweight with serious strategy chops, to fight on Kemp’s turf, because there’s no good ground arguing stolen elections and voter suppression when people want to buy cheap gas and chicken.

The opportunity here is for Republicans to take the Senate seat from Warnock. But all Republicans have is Herschel Walker. He’s not a good candidate. But hey, the Bulldogs won the National Championship, and Walker is a Bulldog. It can’t hurt. I think Warnock will out-campaign Walker and unless he does something to make the news, he will probably hang on to win. But Abrams will lose, and so (likely) will Rep. Lucy McBath, adding one more Republican to Georgia’s House of Representatives contingent.

Of course it’s early, so anything can happen. There’s a reason so much effort is being focused on Georgia by both parties. The question Georgia will answer for Republicans is, can the GOP win without Trump? Kemp, Secretary of State Brad Raffensperger and other prominent Georgia politicians stood against Trump. When they win, it will validate the GOP’s health in a post-Trump world.

For Democrats, Georgia will be their Waterloo in 2022, highlighting their high-handed, arrogant assumptions about the values Americans are supposed to care about, when all voters really want is to be left alone, and to have stocked grocery shelves and cheap gas. Democrats will never leave Americans alone, which is why they will fail.