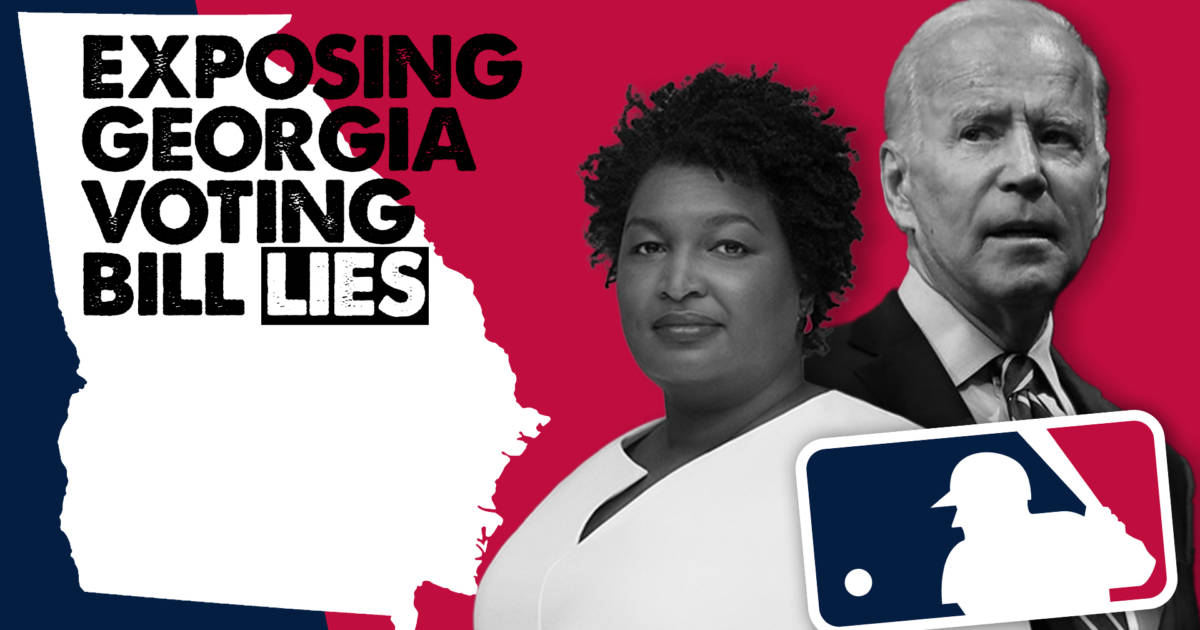 When I was a young Jewish kid, I used to conduct a thought experiment, a fantasy of how a Jew could get smuggled into the Catholic College of Cardinals and somehow get elected pope. Of course, my young mind never considered such details like how a Jewish guy would ever get past the many doctrinal, confessional, and administrative hoops necessary to masquerade as a good Catholic. (I’m not going down the road of how many popes through history may have masqueraded as “good Catholics” so don’t email me.)

This old memory was recently brought to mind by the Georgia GOP. Somehow, some way, through all the doctrinal and administrative hoops necessary to masquerade as a good Republican, the party has chosen to campaign hard for a Democrat, and smuggled a core conviction of the argument driving Democrats to polls into its confession of faith.

Just like a Jewish pope would unmask himself by mandating bagels for communion, renouncing the Nicene Creed in favor of the Sh’ma, and move Sunday church to Saturday morning, Lin Wood, who in 2008 donated to Barack Obama, became a Trumpist. He did this likely knowing what would happen should Trump take over the GOP. Everything “conservative” went out the window in favor of MAGA.

MAGA morphed into the ugly, conspiracy-laden QAnon, which Wood has fully embraced, while, having ruined the Georgia GOP, set his sights on doing the same to South Carolina.

Trump has driven a spike down the middle of the Georgia GOP, first by actively pushing for Gov. Brian Kemp to appoint Doug Collins to replace Johnny Isakson in the Senate; then by using immense political and social media pressure to paint Kemp and Georgia Secretary of State Brad Raffensperger as traitors to the party; and finally by pushing conspiracy theories of a “stolen election” to the point where many GOP voters stayed home in protest, losing both of Georgia’s Senate seats to Democrats.

The MAGA/QAnon/Lin Wood/MyPillow conspiracy movement has gained enough steam that more than a half dozen county GOP meetings voted to censure Kemp, Lt. Gov. Geoff Duncan, and Raffensperger. Raffensperger, through his own staff’s mishandling of sensitive and explosive calls with then-President Trump, and their attempts to finesse a hostile media to support them, alienated even friendly elements of the party. This led to his failure to get anyone to second his nomination as a GOP state delegate. It’s likely the end of Raffensperger’s cratered political career, even as the legislature permanently stripped much of the power of the office over elections. The Secretary of State position won’t be a jumping-off point to run for governor again anytime soon.

Kemp, who was rated the most vulnerable incumbent by Cooke Political Report in February, is currently facing several primary challengers, with more to come. One is a teacher from Baxley, Dr. Kandiss Taylor, who ran as one of the gaggle in the jungle primary for Isakson’s seat. Taylor’s tweets indicate she doesn’t think the legislature went far enough to stop fraud in Georgia elections. This will make her popular with the same folks who said the 2018 gubernatorial election was rife with fraud and “stolen” by Gov. Kemp.

Another is a former Democrat-turned-Trumpist named Vernon Jones. Jones, a Black man, was the former CEO of DeKalb County, and represented the 91st district in the Georgia House from 2017 to 2021. The 91st district is south east of Atlanta, in Conyers. Jones considered himself a moderate Democrat until his conversion to a Trump supporter at the end of 2020. He joined the GOP (welcomed with open arms!) when his legislative term expired.

These are the new Republicans.

Kemp should be able to beat Jones in a primary, but the crux of the matter is the Republicans have smuggled Democrats and Democratic talking points directly into the heart of the party. They have embraced election fraud narratives that play directly into Stacey Abrams’ core message.

Abrams is running for governor in 2022, and her message is simple: Georgia is a gerrymandered, Jim Crow, GOP-run state where white men and rich “country club” Republicans rule as a minority over the majority who represent the working class, church-going, and liberal populace. She offers a “big tent” for those who have been denied a voice, and a vote for too long. The speeches practically write themselves.

And playing right along with Abrams is the Jewish pope the GOP has elected to proclaim her message of stolen elections, while also promoting the worst racial and authoritarian stereotypes of the people she is targeting. If I were coming up with an impossible thought experiment of how the GOP could smuggle a Democrat into the party and run against actual Democrats, to help them win, I don’t think I could beat Lin Wood’s nutty success at actually doing it.

The Georgia GOP has managed to elect its college of cardinals, a group of Democrats poised to give the election to a Democrat, using the Democrats’ own talking points. Welcome Pope Bernie I, and the next communion will feature bagels with Manischewitz on ice.